President Obama’s Argentina Visit Is All About Trade 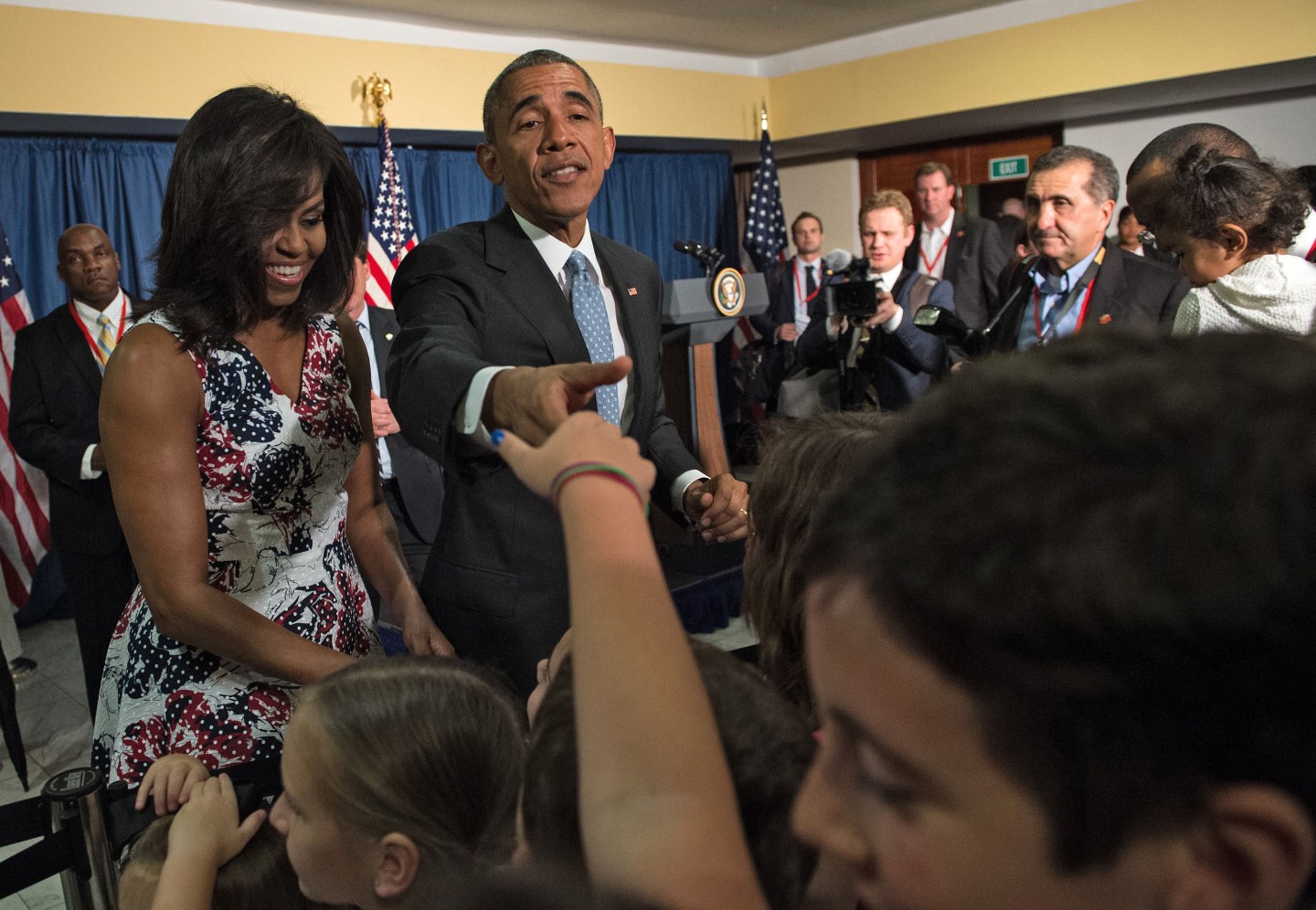 When Barack Obama arrives in Buenos Aires late on Tuesday night from Cuba, the first official visit to Argentina by an American president in two decades, hundreds of business leaders will be following in his wake.

Obama wants to build fresh ties with Argentina’s government, a business-friendly administration that took office just three months ago, after years of antagonism under leftist President Cristina Fernández and her predecessor (and late husband) Néstor Kirchner.

Fernández, especially, distanced Argentina from the United States. She clashed with American companies; unleashed fiery anti-U.S. rhetoric; and pitted her government against New York hedge funds in a high-profile debt dispute. That, together with protectionist economic policies like trade restrictions and currency controls, dissuaded foreign investors.

“It’s a historic opportunity to relaunch the relationship between the United States and Argentina,” says Daniela Martin, managing director of AmCham Argentina, the American Chamber of Commerce in Argentina. “Obama’s visit will work like a catalyst. It will put Argentina back in the shop window.”

To coincide with Obama’s visit, AmCham has organized a conference for more than 800 CEOs and business leaders representing companies from both countries. Several government ministers are scheduled to speak.

At the presidential level, Obama is slated to meet with Macri on Wednesday morning before he speaks to young people at a cultural center and attends a state dinner. He will also honor the thousands of victims of Argentina’s 1976-83 military dictatorship.

Argentina’s trade with the United States stalled in 2008 and later years, according to data from Argentina’s Chamber of Commerce. During that period, trade battles between the countries also erupted over Argentine exports of lemons and meat.

Macri wants trade to grow, highlighting in recent days the dispute over lemons while also expressing hope that Argentina can boost exports of biodiesel—a byproduct of soy, its main agricultural commodity. Direct investment by American companies has remained strong in recent years, but Macri has signaled that there will be new flows into Argentina’s underdeveloped renewable energy sector.

His foreign minister has also hinted that Argentina would eventually push for a free-trade agreement between Mercosur, the South American trade bloc, and the United States.

Efforts to establish free trade in the region were most recently stymied at a summit in Mar del Plata, a coastal city in Argentina. At the 2005 summit, George W. Bush sought to revive talks over a free-trade zone, but his attempts were met with resistance by Kirchner and his leftist allies, such as Venezuela’s Hugo Chávez.

Now, though, the political climate is different. Latin America’s leftist movement is facing setbacks in Venezuela, Bolivia and Brazil—but most notably in Argentina, where Macri surprised pundits by overcoming Fernández’s party last year.

Obama’s visit to Argentina is thus being viewed as approval of a shift to the political center in the region, especially as it comes on the back of his historic trip to Cuba, whose communist government has begun loosening its reins on the economy.

“His intention,” wrote Carlos Pagni, an Argentine political commentator, in the La Nación newspaper, “is to underscore a promising transformation.”

While Obama’s mere presence alongside Macri is considered a political maneuver in itself, attention will also be focused on just how the leaders choose to move ahead with a new era of cooperation.

“The photo of the two presidents together is of great symbolism to Argentine society,” says Adalberto Rodríguez Giavarini, a former foreign minister. “But after the symbolism comes the content.”

Aside from trade and investment, American and Argentine officials have met recently to discuss cooperation on security issues. Prior to Obama’s arrival this week, Jennifer Shasky Calvery, who heads FinCEN, the Treasury Department’s Financial Crimes Enforcement Network, was in Buenos Aires to re-establish ties with her Argentine counterpart after the relationship broke down under Fernández. The United States also recently ended its policy of opposing loans to Argentina from the World Bank.

Still, some Argentines are wary about Macri’s market-oriented economic reforms and his decision to sidle up to the United States, pointing to how similar policies adopted by Carlos Menem’s government in the 1990s ended in disaster: a financial crisis in 2001 that plunged millions into poverty. It was that crisis that paved the way for Mr. Kirchner’s rise to power.

“I have a lot of doubts,” says Rosario dos Santos, 21, an economics student. “Every time we implemented policies like these, it had an unhappy ending.”

Recalling what are commonly described as the “carnal relations” between Menem and the United States, the Argentine news media has been reprinting photographs from 1997 of Menem playing golf with Bill Clinton in Bariloche, a tourist city in Patagonia that Obama will also visit with his family on Thursday, and pondering whether it would be wise for Macri to repeat such a golf pairing. (Clinton’s 1997 trip was the last official visit to Argentina by an American president.)

Seeking to allay fears that the relationship will be too close, Argentines officials have said the government will aim for a middle ground between the Menem era and the antagonism of Fernández.

“Enough of relationships that are like adolescent romances, of being enchanted or angry,” Martín Lousteau, Argentina’s ambassador to the United States, told an Argentine radio station. “There is phenomenal potential for both attracting investments to Argentina and exporting more to the United States.”