Why the EU-Turkey Migrant Deal Is a Moral Disaster 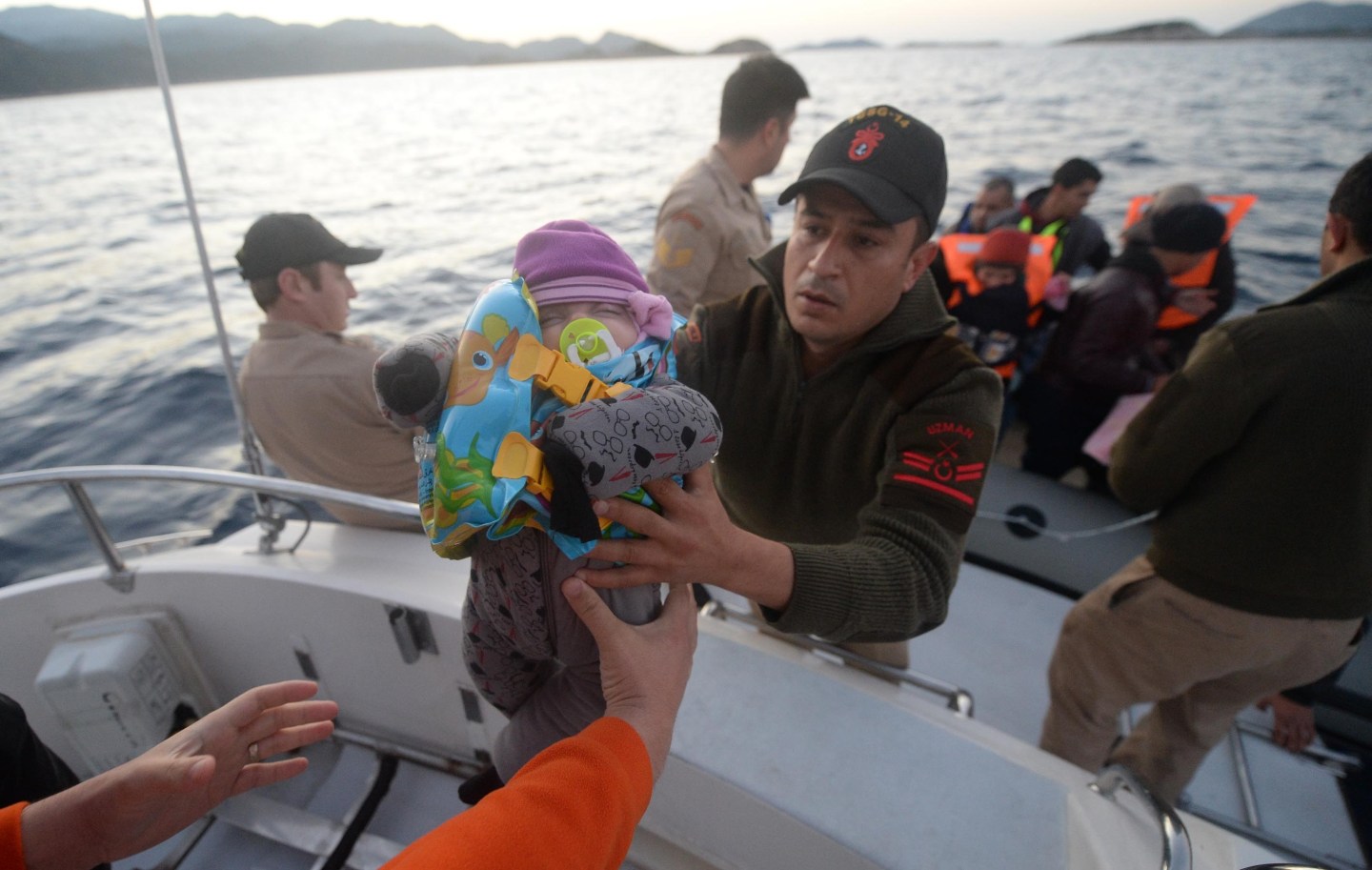 Last week, European and Turkish leaders agreed on the outline of an arrangement that would allow a sort of human conveyor belt in which “irregular” migrants would be returned from Greece to Turkey. For every Syrian returned under this agreement, one Syrian refugee in a Turkish camp would be resettled. Some of the UK’s tabloid newspapers dubbed it the “migrant merry-go-round”—but there is nothing merry about this deal whatsoever.

It proposes a collective expulsion that debases the value of respect for human rights that Western Europe has prided itself on since the end of World War II, and that the narrative of the EU has been constructed around. This is compounded by swapping desperate human beings one for one, treating people as if they are commensurable and tradable, which is morally bankrupt. Each of those people on boats has their own history. It is desperation—not ignorance or foolhardiness—that pushes them to risk their lives. People who have no hope of getting resettled because they are the wrong nationality will continue to risk their lives because they have no alternatives.

This agreement has, rightly, been attacked by the United Nations High Commissioner for Refugees (UNHCR), as it undermines the principles of asylum law. The fundamental core of these is the concept of “non-refoulement,” or prohibiting the return of a person who is seeking asylum to the country from which he or she fled.

Legally, Turkey cannot be considered a safe haven in the same way that European states are. Turkey has ratified the U.N. Convention on the Status of Refugees, which recognizes and defines the status of “refugee” and also sets out the responsibilities of states when people make such claims. However, Turkey stipulated a “geographical limitation,” claiming only those fleeing “events in Europe” can get full refugee status.

In its 2013 law Law on Foreigners and International Protection (LFIP), it maintained a soft version of the geographical limitation claim. Those arriving in Turkey “as a result of events from outside European countries” will be given “conditional refugee status” or “subsidiary protection.” Syrians and stateless Palestinians can be granted “temporary protection.” But all of these statuses deny the possibility of ever achieving Turkish citizenship or long-term legal integration.

People fleeing violence, like all of us, are looking to build lives—not to live in extended states of temporariness, surviving day to day. Half of the Syrians in Turkey are children. Syrian parents may be looking at the statelessness of Palestinians in camps in Lebanon and Jordan and foreseeing a bleak future for their children.

But this new agreement between Turkey and the EU goes further than just undermining law. It undermines the very idea of safe haven that goes back centuries. This agreement involves rejecting people without listening to their asylum claims, including people coming from states that we know are riven with poverty and conflict, such as Iraq and Afghanistan. Europe is deeply implicated in the violence that has produced the conditions people are now fleeing.

This crisis is ultimately not about refugees and migrants. It is a crisis that has come about because of a European Union with human rights policies built on sand. To put it simply, what the world is witnessing is not a refugee crisis facing Europe, but a European crisis facing refugees.

The construction of razor wire-topped border fences across the continent, the rushed introduction of criminal penalties to allow the incarceration of those fleeing persecution (and those who assist them), the media rhetoric so focused on terrorism and sexual violence: These all speak of a continent facing an existential crisis.

For a generation, Europe has wrapped itself in what now appears to be a myth: that it is a continent of decency and human rights, aware of its brutal past, but older and wiser, accepting all races and faiths, and guiding the world toward a more open and hopeful future.

But the current European identity crisis—and particularly this agreement with Turkey—threatens to reveal this myth Europe has wrapped itself in as the emperor’s new clothes: a wishful nothing the continent was too vain or too scared to scrutinize, and that hides nothing of the naked weakling below.

This is not how it has to be. The governments of Germany and Sweden have taken their responsibilities to protect people seriously. The rest of the EU—if the idea of the European Union truly means something—can, and should, stand together to help refugees rather than put up fences and push them away.

Bridget Anderson is a professor of migration and citizenship and research director at The University of Oxford’s Centre on Migration, Policy and Society (COMPAS).