From ‘Ridgemont High’ to ‘Damn Daniel,” 50 Years of Vans 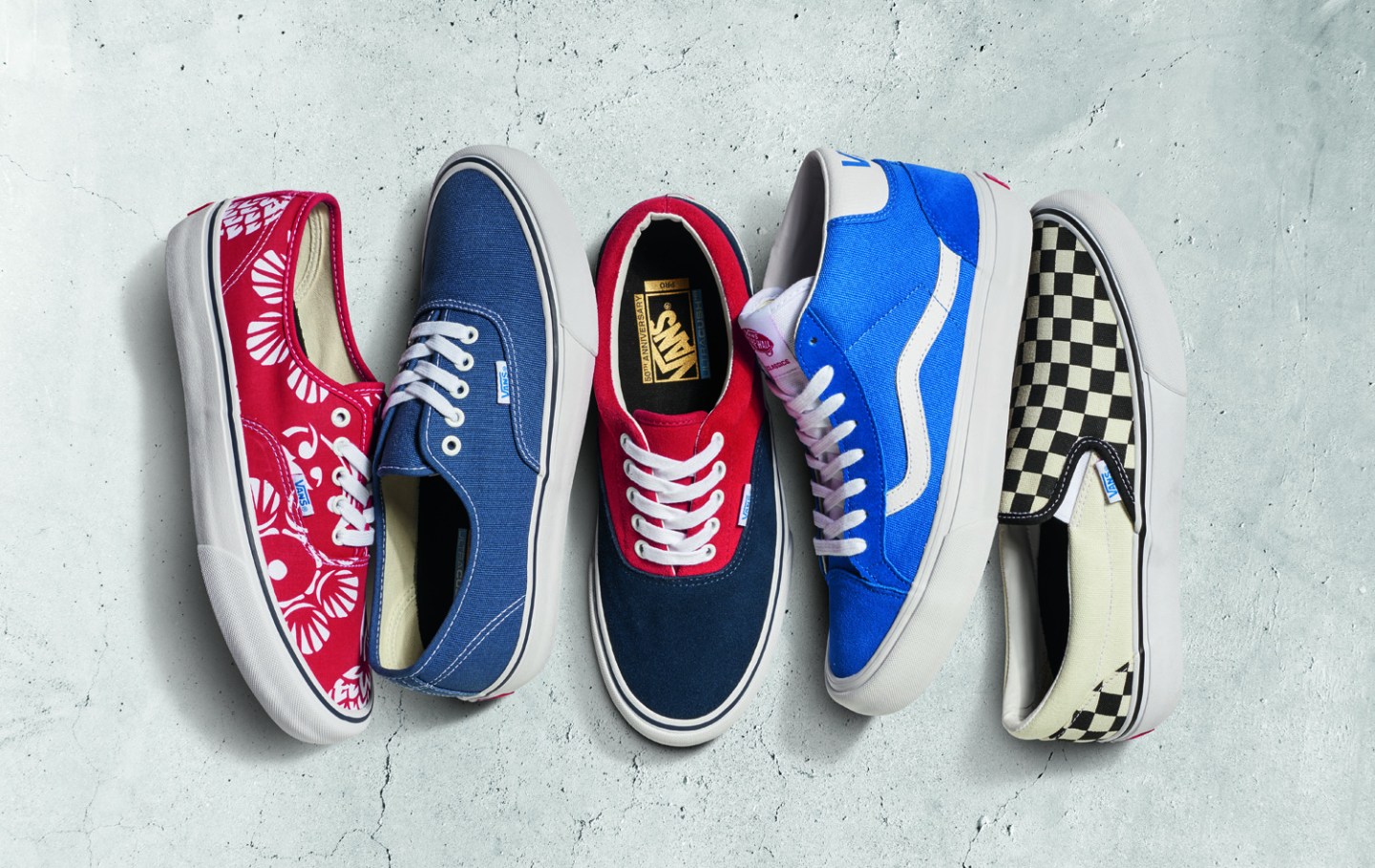 When a big brand becomes an Internet meme, it can often be a blessing or a curse. For Vans, the “Damn Daniel” meme that exploded across the Internet last month was luckily in the former category.

Daniel Lara, a California teen, generated international headlines when a compilation of Snapchat videos showed him walking around outside his school on various days, while a friend filming him would repeatedly call out the same short phrase: “Damn Daniel.” On two occasions, Lara’s friend praised his white Vans sneakers, calling attention to the teen’s skateboarder style.

“To us, ‘Damn Daniel’ references a beautifully organic moment of what happens when social media and consumers choose to include you in the way they express themselves,” Kevin Bailey, Vans and VF Action Sports Coalition President tells Fortune. “We couldn’t have created that viral moment if we tried.”

For Vans, owned by VF Corp. (VFC), it is one of many cultural moments the brand has been part of over the past five decades.

Vans kicked as a brand on March 16, 1966 in Anaheim, Calif., when Paul Van Doren opened up a retail store in the city – selling a dozen shoes that were ordered and manufactured on the first day of business. The brand strongly resonated with the skateboarding scene as it rose to prominence in the 1970s, which was the focus of a Vans-backed 2011 documentary called “Dogtown and Z-Boys.”

Notable shoes includes the Vans Style #44, the perennial top seller since the brand’s earliest days. Vans says the Era, which was redeveloped in 1976 to better suit the needs of skateboarders for their athletic performance, was also critically important. That led Vans to produce and sell more footwear for the specific purpose of skating.

Through all of those cultural touch points, Vans says it has stayed true to the brand’s roots: a shoe that is closely tied to the skateboarder movement. And while it may be one of the most popular shoes on Instagram, Vans says it doesn’t pay celebrities to wear its kicks. That’s all organic interest in the brand (Vans does have endorsement deals with professional athletes, similar to the partnerships struck by Nike and Under Armour).

In recent years, Vans has been a big growth driver for VF, owner of other well-known outdoor and sports brands including The North Face, Timberland and Reef, since it was acquired for $396 million in 2004. Sales for Vans posted double-digit growth for five straight years between 2010 and 2014, followed by a still-strong increase of 7% for 2015.

Vans says today, it isn’t just a brand for 15-year-old skateboarders. While it says it focuses on the young shoppers, it performs best within the ages of 16 to 34. Men and women purchase Vans shoes fairly evenly, a rare achievement of gender parity that most athletic shoe companies haven’t yet achieved.

“We are a youth culture brand that values creative expression,” says Bailey. “For the original skateboarders, that was at the core of who they were.”

Today the brand is celebrating the 50th anniversary by hosting events across several cities, including at two brand “House of Vans” locations in Brooklyn and London and several pop-ups in cities including Toronto, Mexico City, Hong Kong and Cape Town. Beyond the obvious marketing opportunities, those experiences will include shoe personalization and do-it-yourself workshops.

Looking ahead, Bailey said that no matter what Vans does, skateboarding will always be “sacred” for Vans.

“But this moment of time we are in now is about pointing forward as well,” Bailey added. “I think Vans is uniquely positioned by being honest, having a high level of integrity, and by talking to consumers every day.”