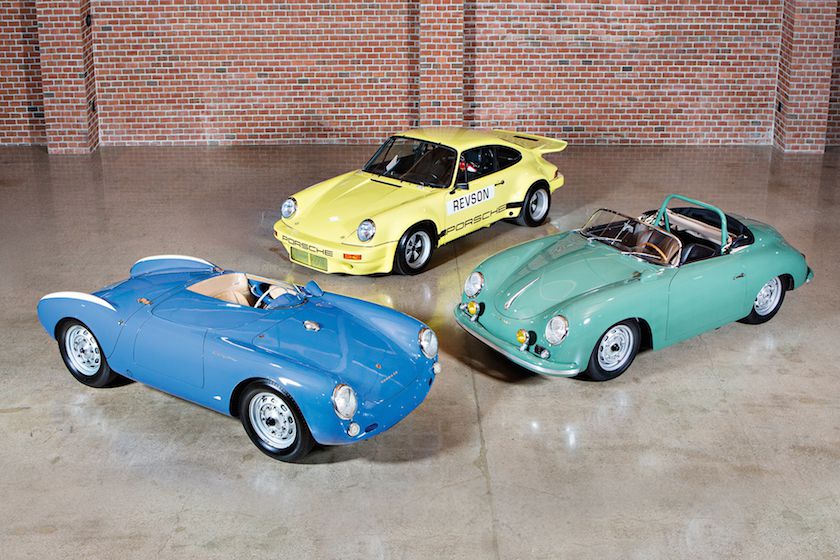 Will Jerry Seinfeld stop driving around with comedians and drinking coffee?

The legendary comic—and host of Comedians in Cars Getting Coffee—put 18 of his rare cars up for auction this weekend and sold 17 of them, reports the Daily News.

The cars sold were antique Porsches and Volkswagens, including a 1955 Porsche 550 Spyder—the same model that James Dean was driving during his fatal crash in 1955. The Spyder alone sold for $5.3 million, while Seinfeld brought in just over $22 million total from the sale.

Why is Seinfeld selling his cars? According to a statement, he just doesn’t have enough time to devote to their care and wants to make another car lover happy:

I’ve loved being entrusted with their care, and I’m proud of the level to which we have brought each and every one of these wonderful machines. Honestly, if I had unlimited time, space and attention span I would never sell one of them. And the reason I wanted to bid these cars farewell in this way is really just to see the look of excitement on the faces of the next owners who I know will be out of their minds with joy that they are going to get to experience them.

Seinfeld is known in the auto world as passionate car collector. In a statement, David Gooding, president and founder of car auction company Gooding & Co. calls him “the definitive Porsche connoisseur.”