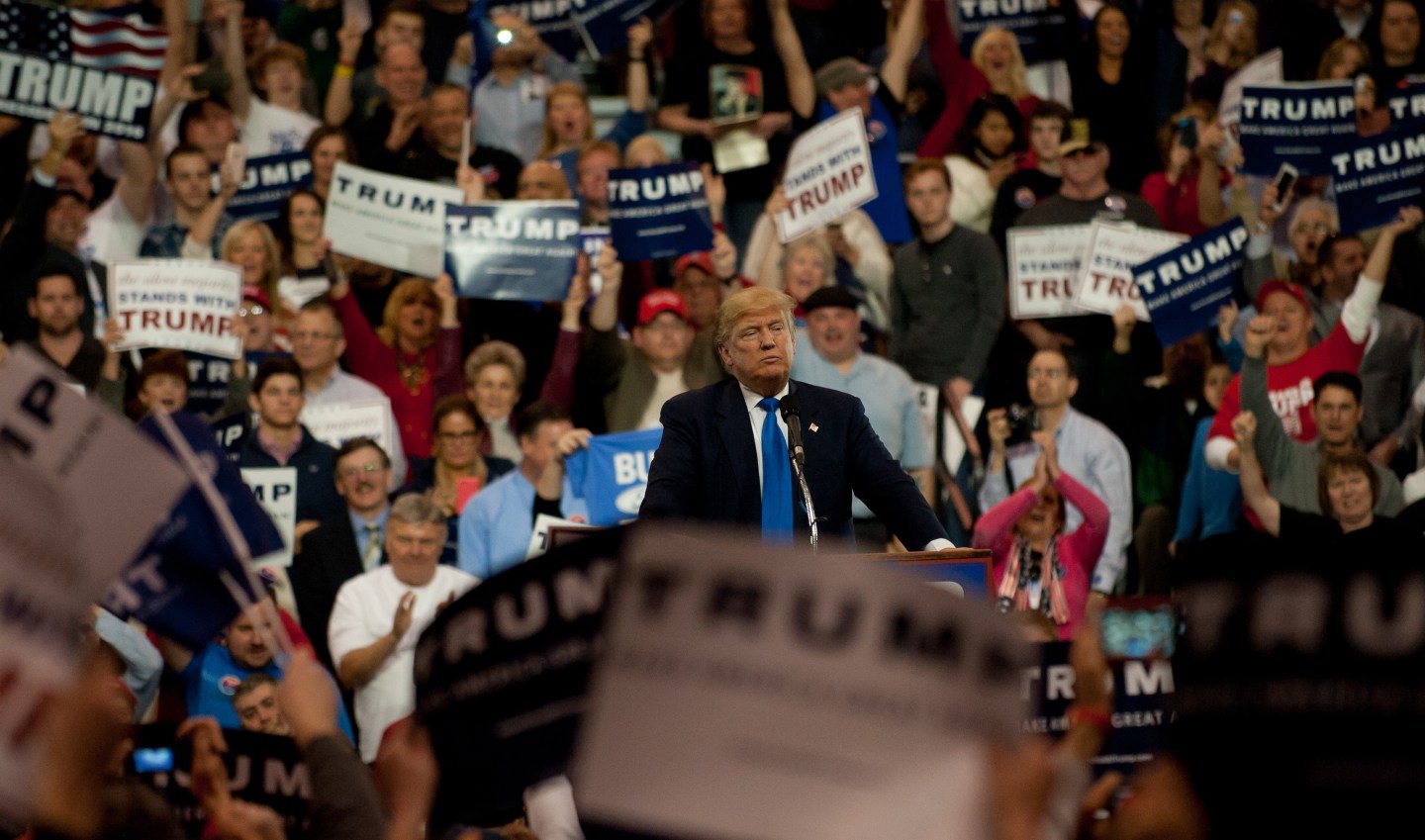 Donald Trump is considering paying the legal fees for John McGraw, a man charged with assault at a Trump campaign rally in North Carolina after punching 26 year old Rakeem Jones.

When asked on NBC’s Meet the Press with Chuck Todd whether he plans to pay McGraw’s legal fees, the Republican frontrunner said he first wanted to see what Jones was doing. “He was very taunting, he was very loud, very disruptive,” Trump told the host. “And from what I understand he was sticking a certain finger up in the air.”

Todd responded by asking, “And that condones a sucker punch though?” Trump responded, “Nothing condones,” but added that McGraw “obviously loves this country” and “maybe he doesn’t like seeing what’s happening to the country.” He eventually said that he has “instructed [his] people to look into it.”

Jones told the Associated Press that he attended Trump’s campaign event as an observer, though he has since been widely labeled as a protester. He said that someone swore at the group he was with and, when they tried to object, the police escorted them out.

Though there didn’t appear to be any contact between the two prior to the incident, a video shows McGraw attacking Jones as he’s walking out. Neither he nor any of the others being escorted out retaliated, yet it was Jones who was subdued by police. After numerous videos of the incident began coming to light, McGraw was charged with assault and battery and disorderly conduct.