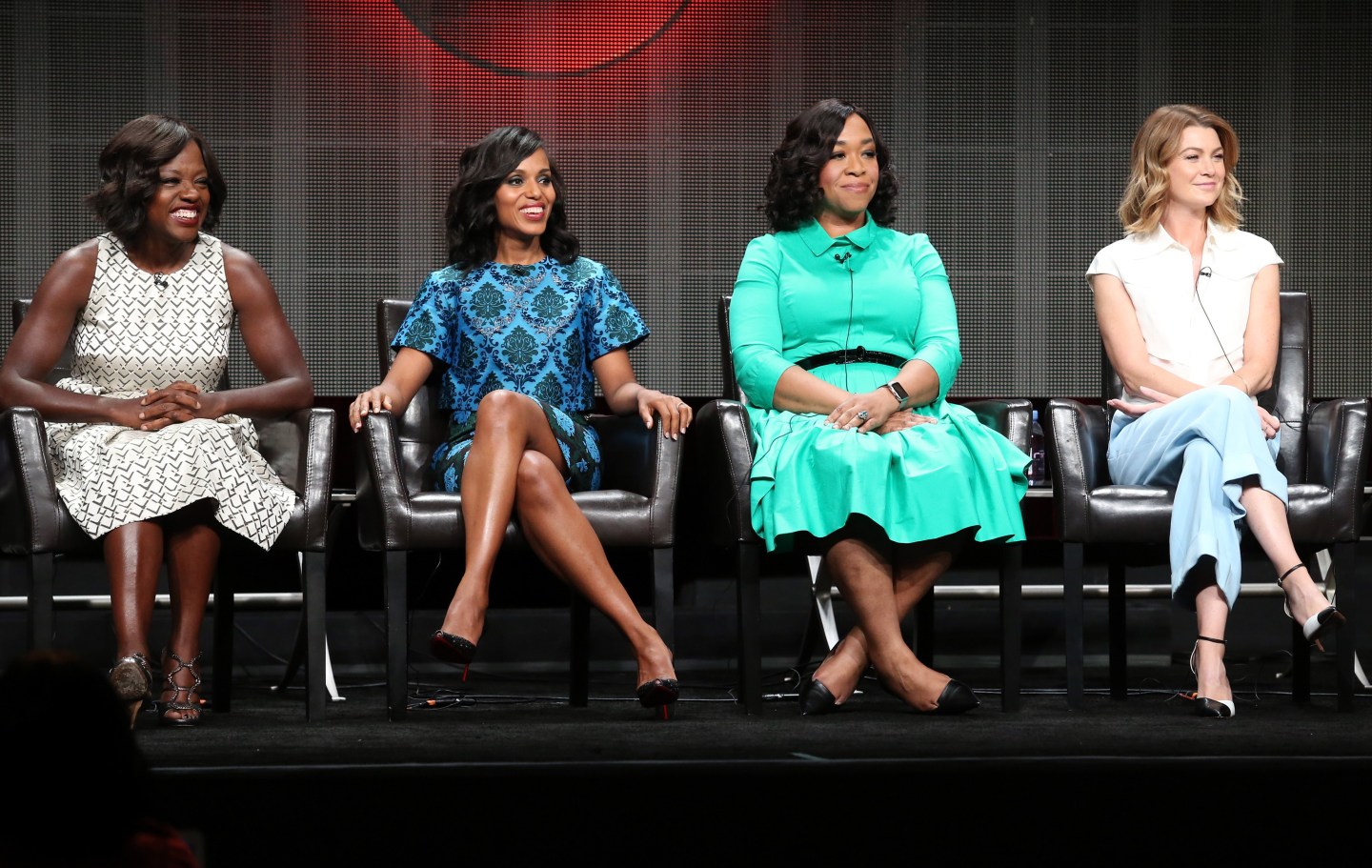 Hillary Clinton has the most powerful woman in television on her side.

On Thursday, the Clinton campaign released a new video ad featuring Shonda Rhimes, creator of hit TV series like Grey’s Anatomy, Scandal, and How to Get Away With Murder, along with the shows’ female stars.

“Every day I wake up and play a brilliant, complex, over-qualified, get-it-done woman who obsessively fights for justice; who cares; who gives a voice to the voiceless; who gets knocked down and always gets back up,” the three actresses—Scandal‘s Kerry Washington, Grey’s Anatomy‘s Ellen Pompeo, and How to Get Away With Murder‘s Viola Davis—take turns saying.

They then turn viewers’ attention to the real purpose of the video: “Our characters are on television, but the real world has Hillary Clinton.”

The women tweeted their support of the Democratic candidate after the ad aired:

I took this photo when we filmed this for hillaryclinton. #imwithher because she cares.… https://t.co/VyiNTVT24u

How was that for an OMG moment!? Sign up, and watch the full clip again. https://t.co/1sWcOah6ld #ImWithHer

Watch the full ad below: