Japan Marks the Fifth Anniversary of the Tsunami and Earthquake 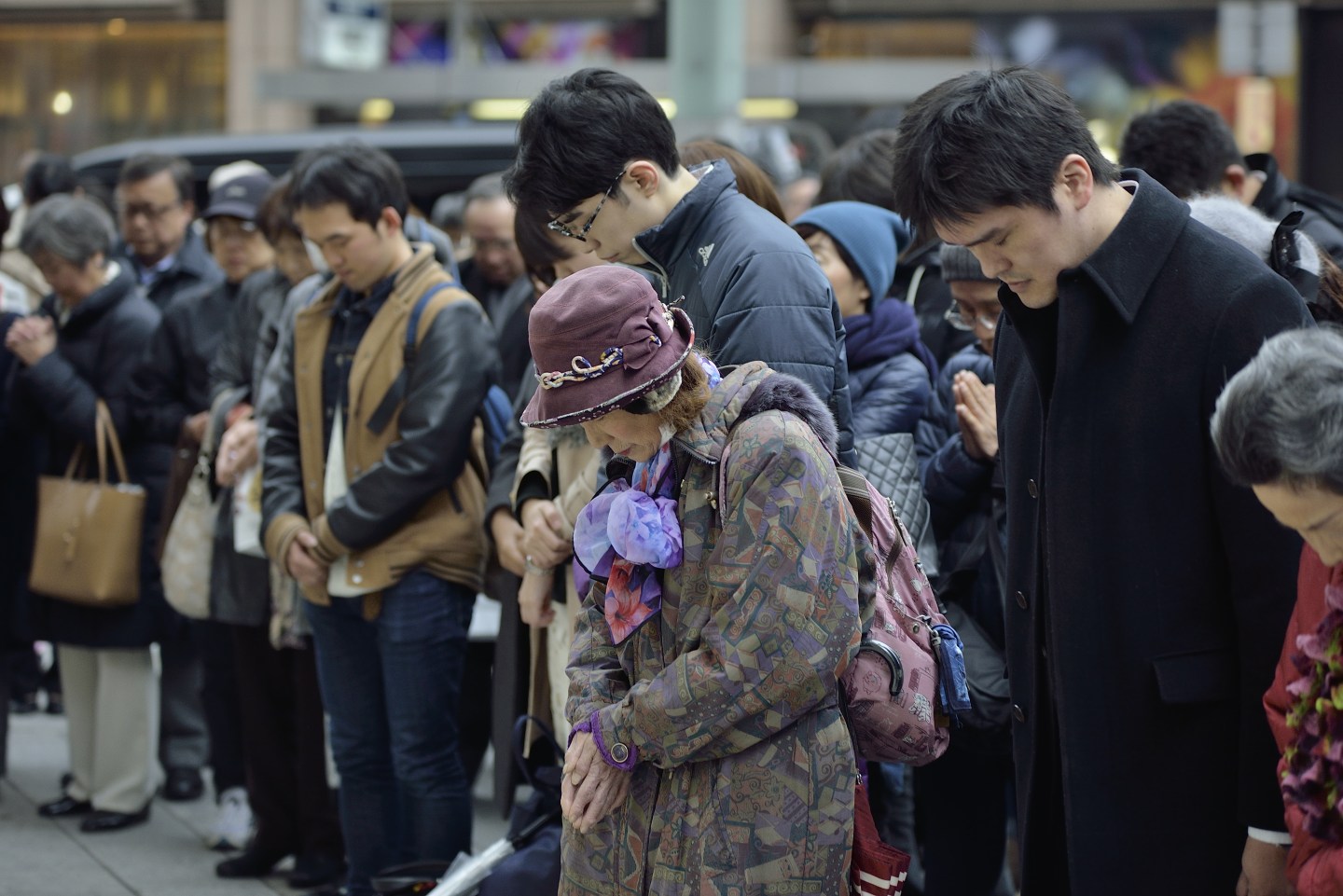 Japan on Friday mourned the thousands who lost their lives in a massive earthquake and tsunami five years ago that turned towns to matchwood and triggered the world’s worst nuclear disaster since Chernobyl in 1986.

The nine-magnitude quake struck offshore on a chilly Friday, sparking huge black waves along a vast swathe of coastline and killing nearly 20,000 people.

The tsunami crippled the Fukushima Dai-ichi nuclear plant, where meltdowns in three reactors spewed radiation over a wide area of the countryside, contaminating water, food, and air.

Naoto Kan, the prime minister at the time, has said he feared he would have to evacuate the Japanese capital Tokyo and that Japan’s very existence could have been in peril.

More than 160,000 people were evacuated from nearby towns and some 10% still live in temporary housing across Fukushima prefecture. Most have settled outside their hometowns and have begun new lives.

Some areas remain no-go zones due to high radiation. Demonstrators in front of plant operator Tokyo Electric Power Co (Tepco) bore signs saying, “Give me back my hometown!”

At cemeteries along the devastated coastline, in front of buildings hollowed out by the wave, and on beaches, families gathered to offer flowers and incense, bowing their heads and wiping away tears.

Flags at central government buildings were at half-mast, some draped in black.

In coastal Rikuzentakata, which was flattened by a wave as much as 56 feet high and lost seven percent of its population along with its entire downtown, pain remains strong.

“The reality is that we still feel the scars here, and there are still many struggling to restart their lives,” said 65-year-old Yashichi Yanashita, a retired city hall official. The four-story city hall was inundated by the wave.

A Moment of Silence

At 2:46 p.m. local time, the moment the quake hit, bells rang out in downtown Tokyo and people around the nation bowed their heads in a moment of silence. All the trains on Tokyo’s vast underground paused for a minute.

Prime Minister Shinzo Abe and Emperor Akihito bowed in front of a stage laden with white and yellow flowers in a Tokyo ceremony attended by 1,200 people, including survivors from the stricken area.

“Father, that day, I called your mobile phone so many times, but you didn’t answer … ” said Masakiyo Kimura, who lost his parents to the wave in the city of Onagawa.

“Our house was completely torn from its foundation. Nothing remained except for the pair of matching teacups father and mother used, lying on top of each other.”

Billions of dollars in government spending have helped stricken communities rise from the ruins, including elevating the earth to protect them from future waves and cleaning radiation-contaminated land, but much remains to be done for thousands still languishing in barracks-like temporary housing.

“I get the feeling that the number of people who don’t know what to do, who aren’t even trying, is increasing,” said Kazuo Sato, a former fisherman from Rikuzentakata. “Their hearts are in pieces.”

Government spending on reconstruction is set to dip from the start of the new fiscal year in April. But Abe pledged continued support.

“Many people are still leading uncomfortable lives in the affected areas. There are many who cannot return to their beloved homes because of the accident at the nuclear power plant,” he said at the ceremony.

“We commit ourselves to … providing care for their minds and bodies, forming new local communities and supporting industrial development of the affected areas.”

“Infrastructure is recovering, hearts are not. I thought time would take care of things,” said Eiki Kumagai, a Rikuzentakata volunteer fireman who lost 51 colleagues, many killed as they guided others to safety.

“I keep seeing the faces of those who died … There’s so much regret, I can’t express it.”