Obama Says Don’t Blame Me for the Rise of Trump 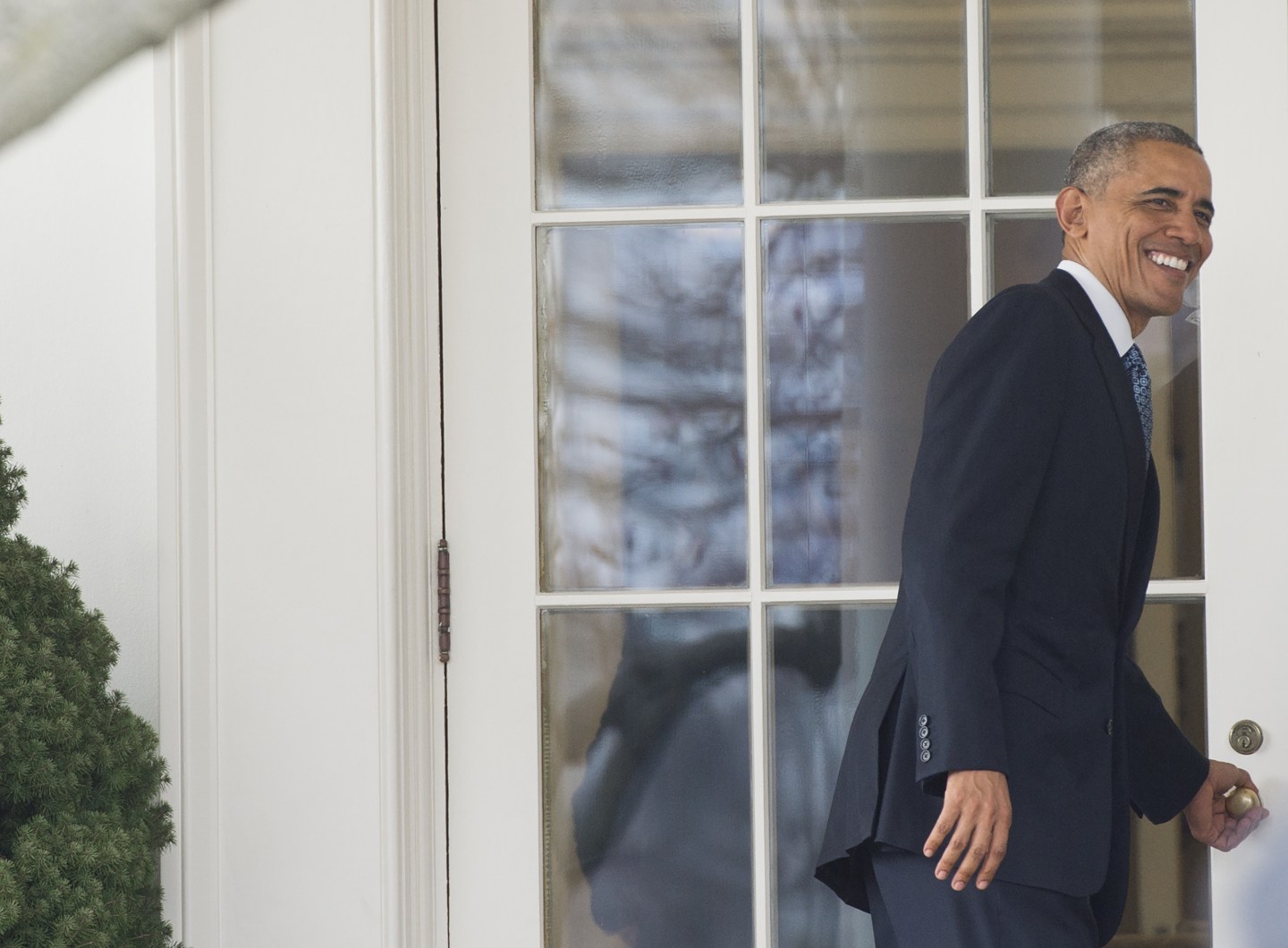 He has been attacked over countless issues in partisan Washington, but U.S. President Barack Obama drew the line at this one: the idea that he is responsible for the rise of Donald Trump and the attendant Republican Party disarray.

“I have been blamed by Republicans for a lot of things, but being blamed for their primaries and who they’re selecting for their party [nominee] is novel,” Obama told a news conference on Thursday.

“What I’m not going to do is to validate some notion that the Republican crack-up that’s been taking place is…a consequence of actions that I’ve taken,” the Democratic president said.

Obama had been asked how he viewed being identified as the cause of Trump’s ascent to front-runner in the Republican race to pick a presidential candidate for the Nov. 8 election. Obama seemed to relish the question, replying with both serious criticism of Republicans and some pointed mockery of Trump.

The New York billionaire is well ahead in the Republican race after the first six weeks of primary nominating contests but his bombastic style and statements on Muslims, immigrants and trade have dismayed many in the party establishment. Many party leaders worry Trump would lose to the eventual Democratic nominee in November’s election to replace Obama.

Obama, whose White House tenure has been marked by steady resistance to most of his policies by Republicans in Congress, has said previously he regretted not being able to reduce the polarization between the two parties in Washington. But he scoffed on Thursday at the suggestion that his presidency had fueled the chaos among the Republicans.

Conservative news outlets on television, radio and the Internet had convinced the Republican political base for seven years that cooperation with him was a “betrayal” and that “maximalist absolutist” positions were advantageous, Obama said. He was holding a joint news conference with visiting Canadian Prime Minister Justin Trudeau.

In a clear dig at Trump, Obama said he had not prompted critics to question his U.S. citizenship or birth in Hawaii. Before he launched his longshot presidential run last year, Trump was a high-profile leader of the so-called “birther” movement, which believed Obama was born abroad and not eligible to be president, until he produced his Hawaii birth certificate to put the issue to rest.

“What you’re seeing within the Republican Party is, to some degree, all those efforts over a course of time creating an environment where somebody like a Donald Trump can thrive,” Obama said. For good measure, he took a swipe at two of Trump’s rivals for the Republican nomination, saying the real estate magnate’s position on immigration was not much different from that of U.S. Senators Ted Cruz and Marco Rubio.

Obama urged conservatives who were troubled by the party’s position to “reflect on what it is about the politics they’ve engaged in that allows the circus we’ve been seeing to transpire.”