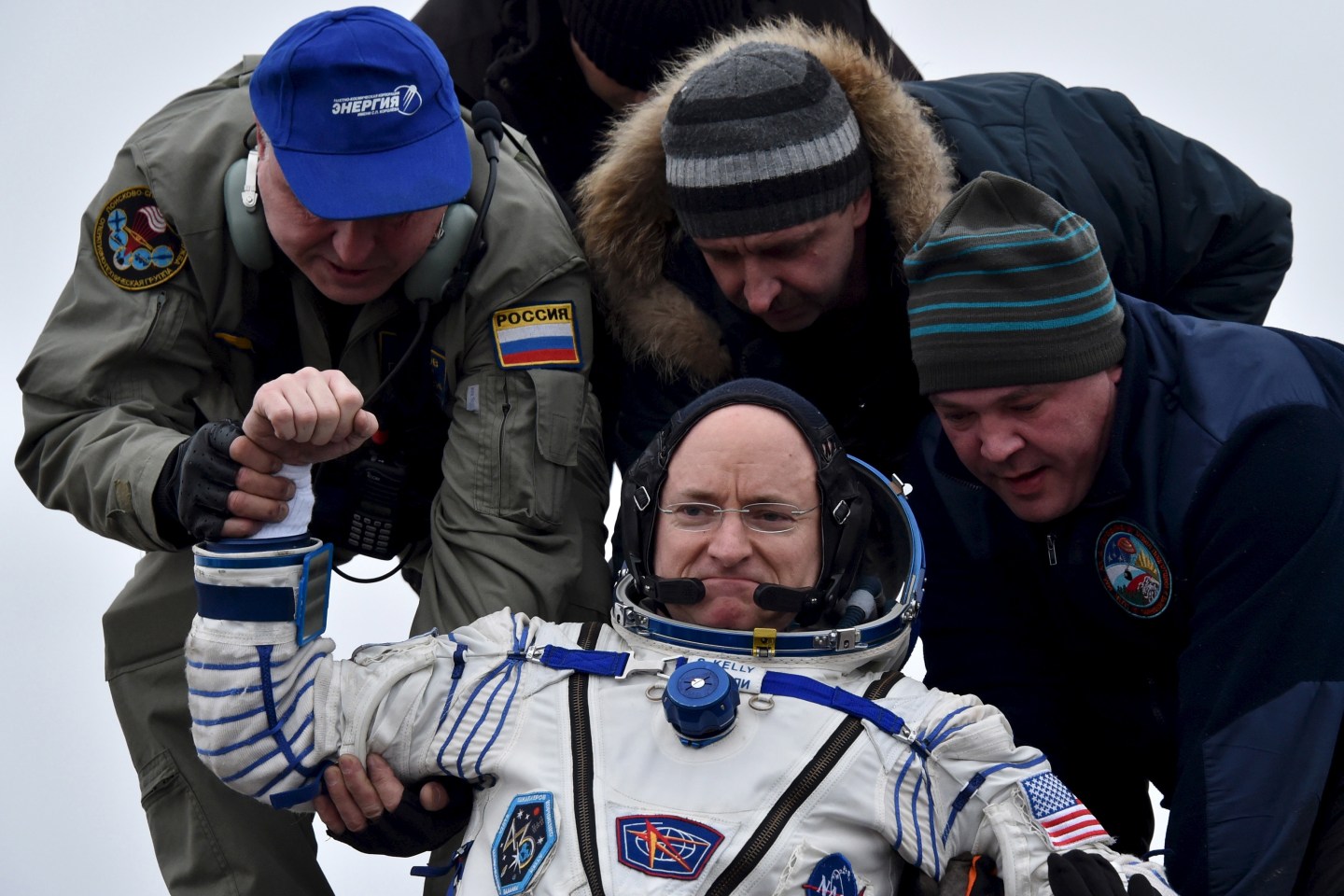 Ground personnel help U.S. astronaut Scott Kelly to get out of a Soyuz capsule shortly after landing near the town of Dzhezkazgan (Zhezkazgan), Kazakhstan, March 2, 2016. REUTERS/Kirill Kudryavtsev/Pool - RTS8VED
Photograph by Kirill Kudryavtsev — Reuters

(Reuters) – The astronaut who holds the American record for most time spent in space, Scott Kelly, will retire from NASA on April 1, the U.S. space agency said on Friday.

Kelly and Russian cosmonaut Mikhail Kornienko returned to Earth last week after nearly a year on the International Space Station, the longest U.S. space mission on record, intended to pave the way for human travel to Mars.

NASA said that after retiring, Kelly, 52, will still work on ongoing research related to his time in space.

His identical twin brother Mark Kelly, a former NASA astronaut, is participating in a series of related studies looking for genetic changes caused by high radiation and the weightless environment of space.

“This year-in-space mission was a profound challenge for all involved, and it gave me a unique perspective and a lot of time to reflect on what my next step should be on our continued journey to help further our capabilities in space and on Earth,” Scott Kelly said in the statement fromNASA.

Kelly, who previously spent 159 days on the station, said the hardest part of being in space for so long was being separated from his friends and family.

For more about Nasa, watch:

“Records are meant to be broken,” Kelly said.

“I am looking forward to when these records in space are surpassed.”