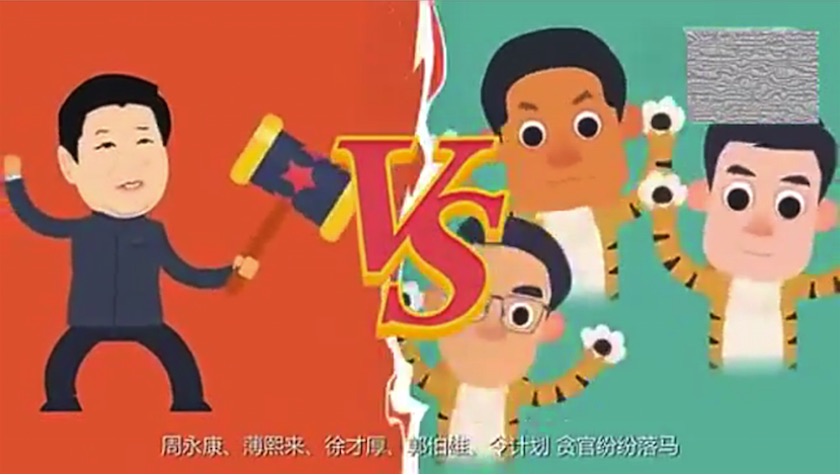 From the People's Republic of China

If your taste in propaganda videos runs to cheery and whimsical with a dose of social disgrace and humiliation, the Chinese government has got you covered.

This weekend, Beijing released an animated video praising President Xi Jinping’s anti-graft campaign while noting all the seedier parts of the government that he’s cracking down on: bribery, prostitution, and artificial inflation of economic indicators.

“The central party says we must be disciplined—nobody is above the party rules or the law,” the narrator says.

The video reassures viewers that China’s anti-graft campaign is not just a phase but a “series of punches,” and not only is “Uncle Xi” (or “Xi-dada”) going after the big names in the party, but he’s also cracking down on bureaucrats (“flies”) and regional officials (“snakes”).

The animation, created by Beijing Chaoyang Studios, is one of a series from the Communist Party of China, which has been trying to keep in touch with its younger generation by trying just about anything, including psychedelic music videos and rap, though it could also be a way for the government to show that Xi is at the center of power in the country.

At the end of the video, a cartoon Henry Kissinger arrives to praise Xi’s anti-graft policies as the narrator refers to the former U.S. Secretary of State and Nobel Peace Laureate as “the coolest foreigner.”