Starbucks Breakfast Sandwiches Are Being Recalled For Listeria 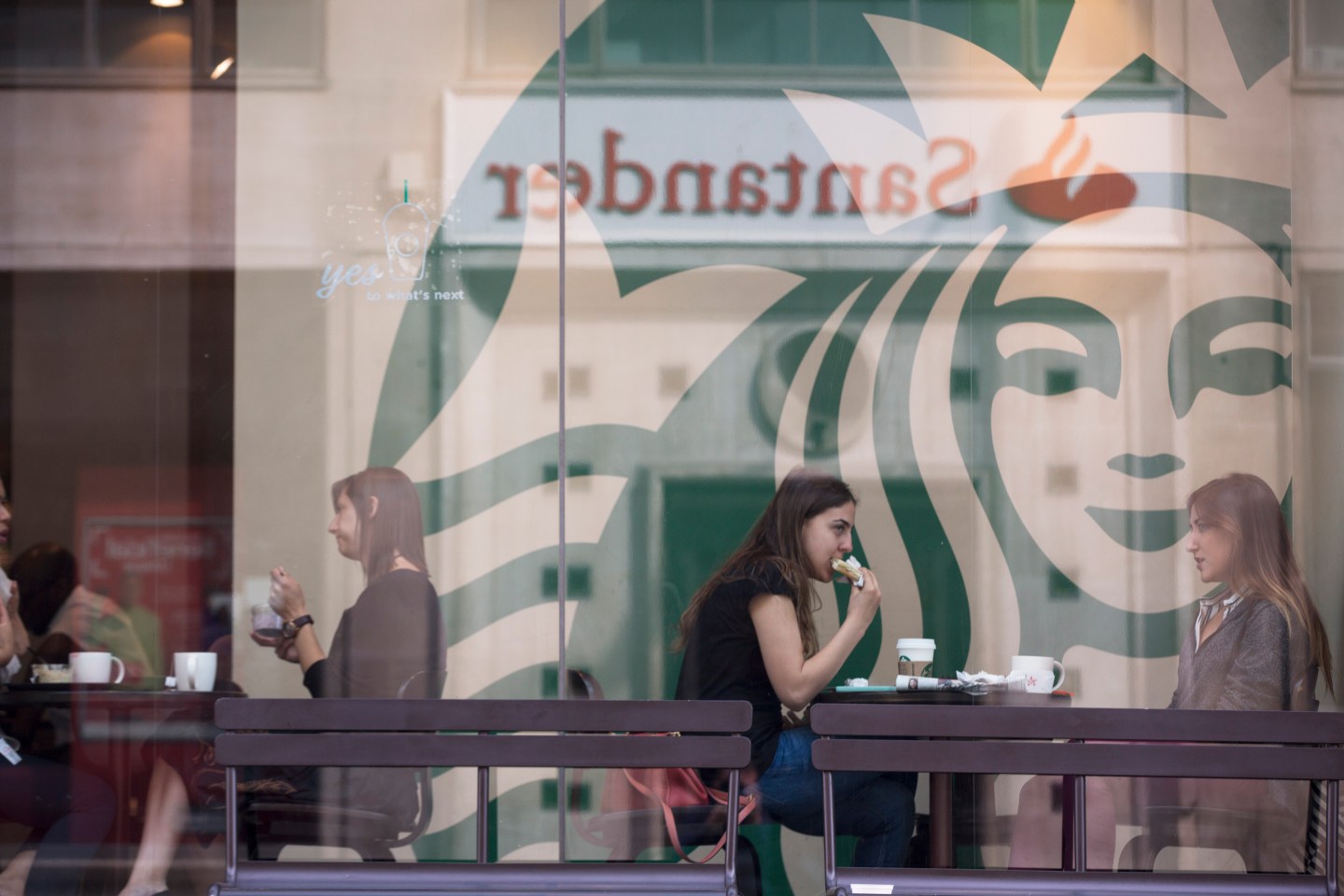 Customers sit and eat sandwiches and drink beverages inside a Starbucks Corp. coffee shop in London, U.K., on Monday, June 9, 2014. U.K. services companies' confidence rose to a record this quarter, indicating continued expansion in the largest part of the economy, the Confederation of British Industry said. Photographer: Jason Alden/Bloomberg via Getty Images
Photograph by Jason Alden—Bloomberg via Getty Images

A listeria scare has forced a Starbucks supplier to recall sausage, egg, and cheese breakfast sandwiches.

Progressive Gourmet Inc. discovered the issue during a routine testing that uncovered the presence of Listeria monocytogenes in the production facility. No illnesses have yet been reported, and the Wilmington, Mass.-based company is investigating the incident in close cooperation with the Food and Drug Administration and the Massachusetts Department of Health. According to the FDA, listeria could be particularly dangerous when it comes to young children, frail or elderly people, and pregnant women.

The recall affects 6-ounce packages of Sausage, Egg, and Cheddar Cheese on English Muffin breakfast sandwiches wrapped in clear plastic and labeled “Best Before: 07-AUG-2016.” The products may have been shipped to up to 250 Starbucks (SBUX) locations in Arkansas, Texas, and Oklahoma, and sold to customers between March 3 and March 4.

A Starbucks spokesperson told Fortune in a statement that the company removed the product immediately after being informed of the potential contamination. “One of our suppliers recalled a specific lot of the Sausage, Egg and Cheddar Breakfast sandwich because they detected Listeria monocytogenes on a food contact surface in their facility,” the spokesperson said. “The product itself has not tested positive for Listeria monocytogenes. No other products are affected because of this issue. We have not received any reports of illnesses to date.”

Progressive Gourmet could not immediately be reached for comment.