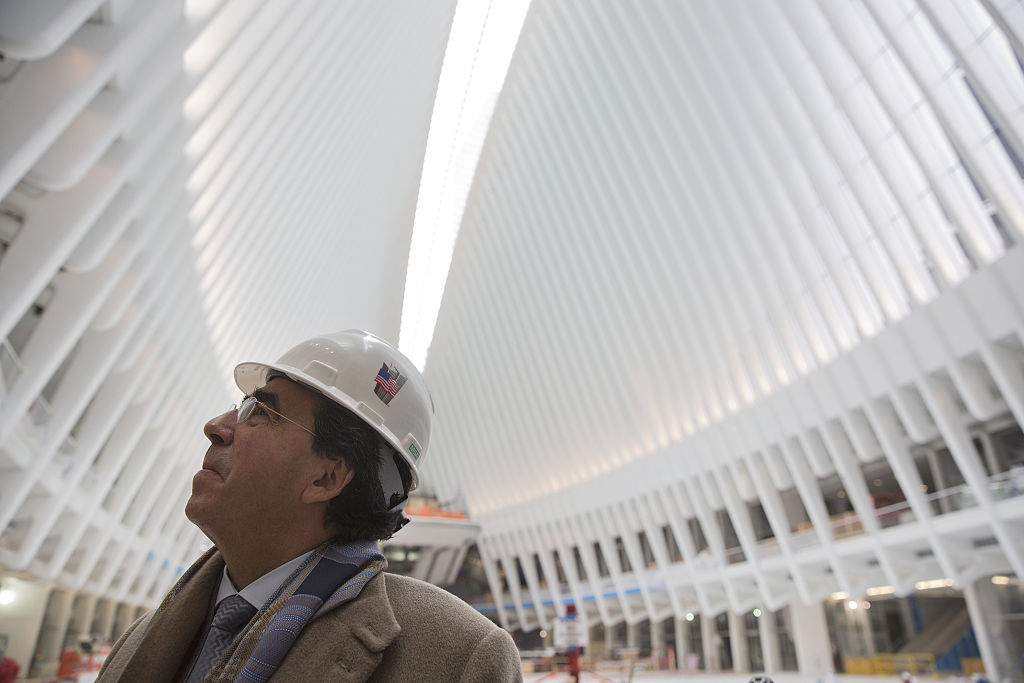 Architect Santiago Calatrava looks over the new World Trade Center PATH train station he designed in New York, U.S., on Friday, Feb. 19, 2016. The total cost of the World Trade Center rebuilding project will come in at the lower end of the $14.8 billion to $15.8 billion range projected four years ago, a Port Authority of New York and New Jersey official said. Photographer: Victor J. Blue/Bloomberg via Getty Images
Photograph by Bloomberg via Getty Images

The World Trade Center Transportation Hub opens Thursday after nearly 12 years of construction and a striking investment of $4 billion in public money, a sum that ballooned as the center was under development.

The hub sits catty-corner to One World Trade and looms over the September 11th memorial pools. It’s a stark white structure spikes up between the skyscrapers of downtown Manhattan, creating the heart of a subway stop that’s only New York’s 18th busiest, according to the New York Times.

The Santiago Calatrava-designed building, which the Times describes as a “winged dove, beefed up to meet security demands, devolved into a dino carcass,” was initially supposed to take five years and $2.2 billion to build. However, those two estimates were well overrun by the end.

Thursday’s unveiling is not the for the full building, which is still a work in progress. The main opening is for the Oculus, or the hulking main interior portion that is the heart of the transit hub. The connections to the PATH train connecting New York City and New Jersey will also open. Other parts, like the retail portion, are still under construction.

City and Port Authority officials initially shied away from a celebration to open the new building, but backtracked and said there will be a to-do sometime this spring, reported the Wall Street Journal.

Until then, the Oculus is open and ready for your architectural reviews and Instagram photos.