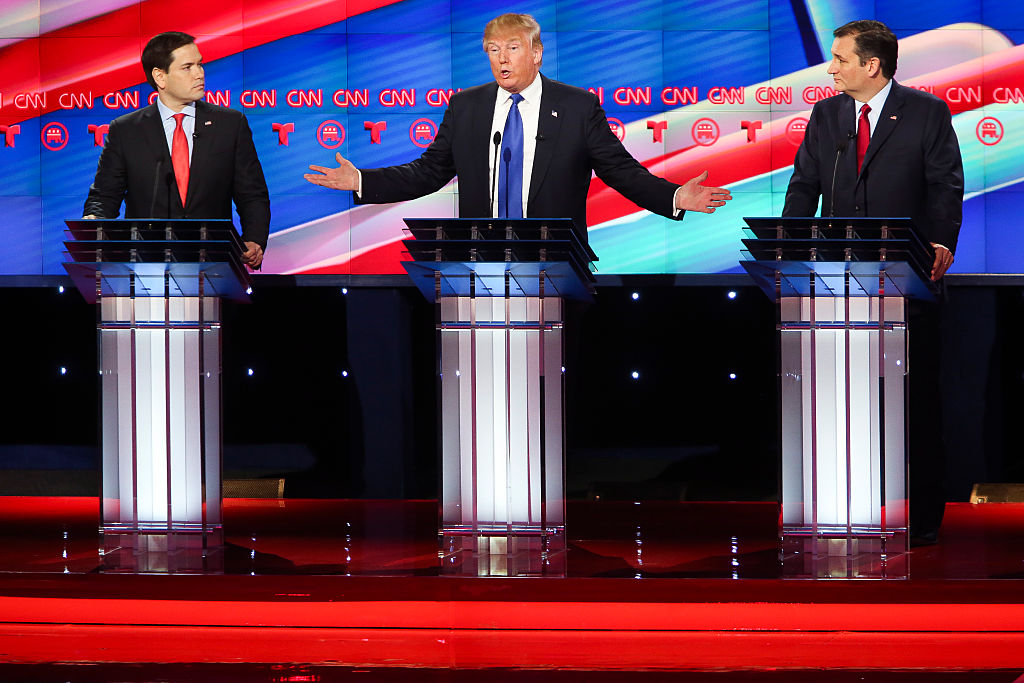 Ted Cruz and Marco Rubio have called on Donald Trump to release a recording made in a meeting with the New York Times that could reveal him holding a softer position on immigration than he’s declared in public.

The tape, from a meeting in which Trump argued his case for the paper’s endorsement (standard for presidential candidates), is partly off the record. It has been speculated by those with knowledge of the conversation that in the off-the-record section, he may have said his plan to deport millions of immigrants would be backpedaled once he entered office. As BuzzFeed reports, a pair of lines in a recent column by Gail Collins (who was in the meeting) may be more than theoretical:

The most optimistic analysis of Trump as a presidential candidate is that he just doesn’t believe in positions, except the ones you adopt for strategic purposes when you’re making a deal. So you obviously can’t explain how you’re going to deport 11 million undocumented immigrants, because it’s going to be the first bid in some future monster negotiation session.

Cruz and Rubio seized on the BuzzFeed article and have now both called on their rival for the Republican nomination to give the Times permission to release the tape, which the paper says it would do with Trump’s go-ahead.

I call on @realDonaldTrump to ask the New York Times to #ReleaseTheTape: https://t.co/ZiSq8hgq7Dhttps://t.co/DEcZoYP42P

At an Ark. rally just now, Rubio called on Trump to release tape of his NYT interview "so we can see exactly what it is he truly believes."