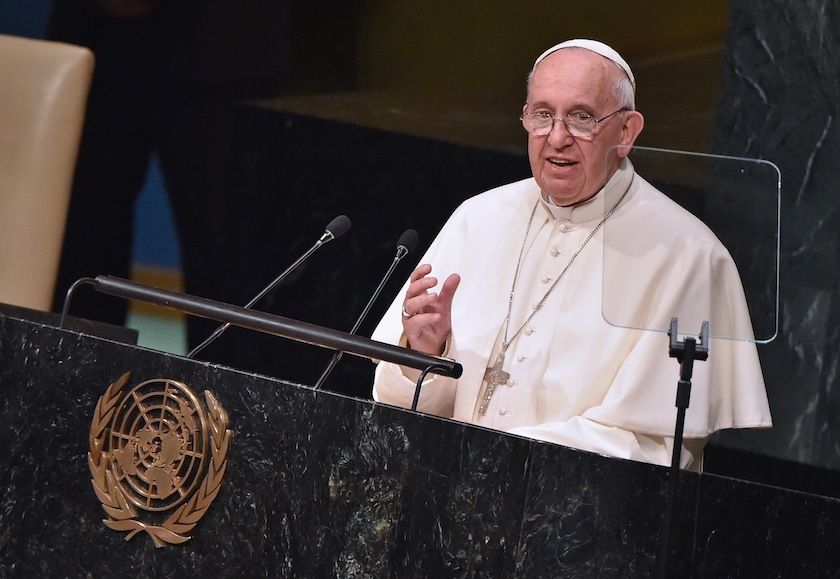 Instagram’s CEO and co-founder Kevin Systrom met with Pope Francis at the Vatican on Friday to discuss the power of images.

The audience with the Pope, which took place at the Apostolic Palace, is the latest move by Instagram to assert itself as the dominant platform for visual communication, with the Facebook-owned corporation saying images can “unite people across borders, cultures and generations,” it said in a statement released to TIME ahead of the meeting.

In recent months, Instagram has built up teams of curators to boost the social sharing platform’s discovery features. “We believe you can see the world happening in real time through Instagram,” Systrom told TIME in a previous interview. “And I think that’s true whether it’s Taylor Swift’s 1989 tour, which trends on Instagram all the time, or an important moment like a protest overseas, or a march like ‘Je suis Charlie’ in Paris. We want to make all of those, no matter how serious, no matter how playful, discoverable and accessible on Instagram.”

At his papal audience, Systrom brought a curated book of 10 Instagram images to further prove that point. It included images from the Nepalese earthquake and the continuing exodus of migrants and refugees from the Middle East into Europe, as well as photographs from inside North Korea and from the heart of last year’s Baltimore protests.