Goldman Sachs Employees Uber to Work More Than Anyone Else 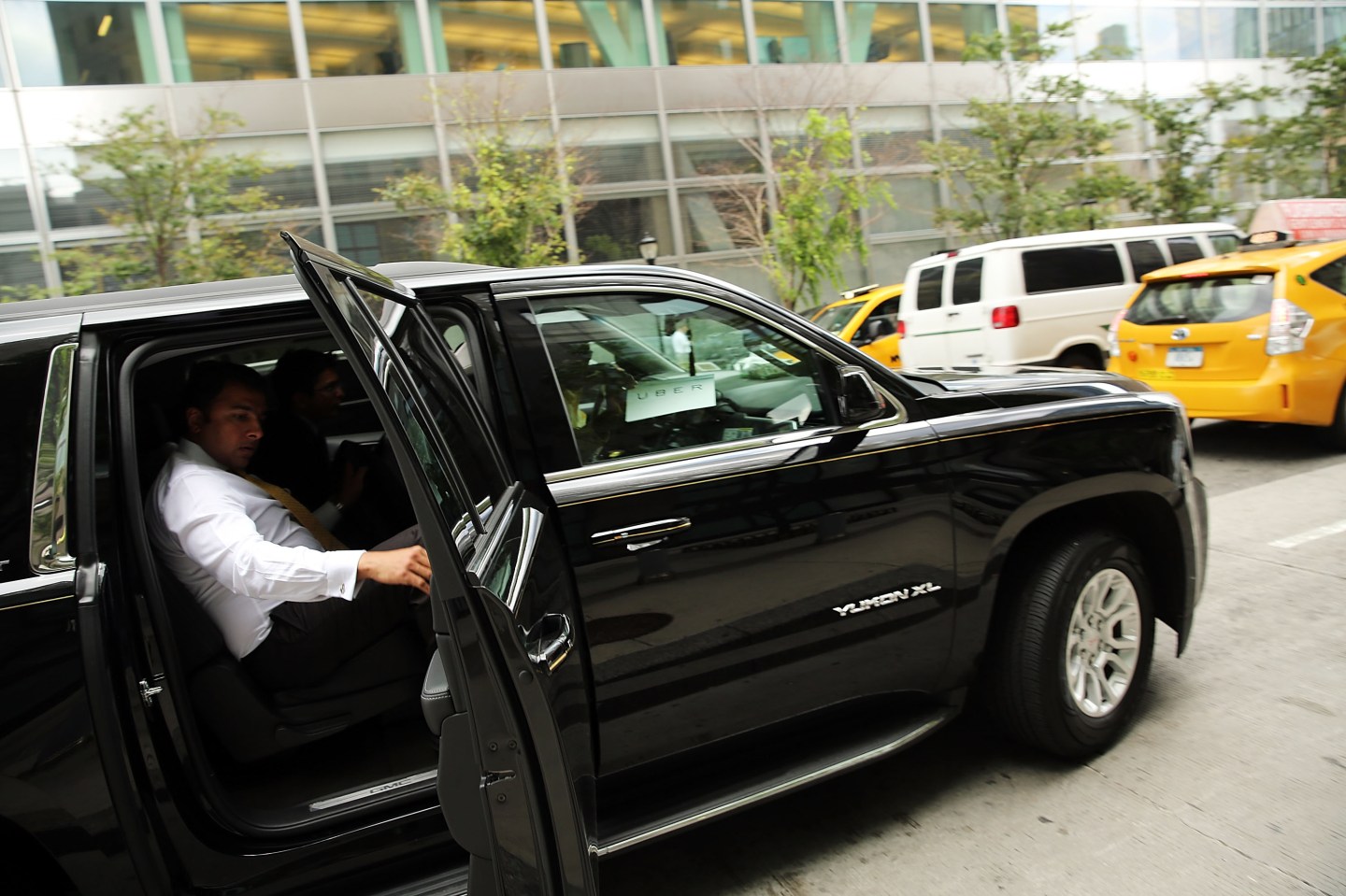 In New York, there has long been an unofficial line separating the masses from the Wall Street elite: those who are chauffeured to work and those who aren’t.

Now, ride-hailing app Uber has the data to prove it, and on Friday the technology company released a report showing what many New Yorkers always suspected to be true: Goldman Sachs (GS) employees are much more likely to commute to the office in the back seat of a town car.

In its report, Uber looked at trips its riders have taken in New York over the last four weeks and broke them down by category such as home, work, restaurant, and hotel. It then tried to identify the most popular destination in each category (the Met took the prize among museums, for example, while exclusive midtown venue Lavo was the top nightclub).

Among office locations, where 13% of Uber rides ended during the period, the No. 1 drop-off point was the Goldman Sachs Tower in lower Manhattan.

“Commuting is a top use-case for many New Yorkers,” Uber said in its report, noting that a third of all trips ended at riders’ home or work.

Ubering home at the end of the workweek like: 🙌

While Uber has already shown its ability to track its customers’ movements based on their trip history, it’s possible that the Goldman Sachs phenomenon is a temporary anomaly. After all, Uber only analyzed destination trends over the month since it lowered its fares 15%. It was also winter in New York, a time when people may hail rides more to escape the cold—and the Goldman Sachs offices are a few blocks further from the nearest subway station than some of the other big banks.

Of course, Goldman Sachs also happens to be a big employer in New York. Furthermore, Goldman Sachs is one of thousands of companies that have signed up for Uber for Business, a service that makes it easier for employees to bill their rides directly to their employer.

A spokesperson for Goldman did not immediately respond to a request for comment. But there may be a good reason that the company’s bankers prefer Ubering to other commuting methods: Goldman Sachs is also a major investor in Uber, and may be gunning to lead its eventual initial public offering.