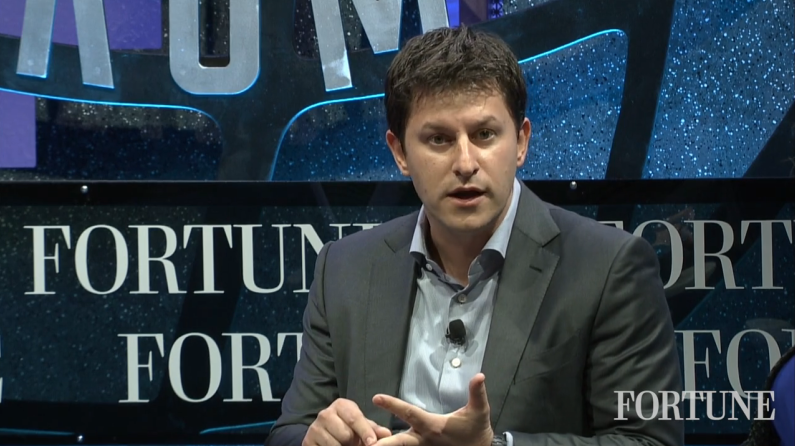 Orion Hindawi, formerly the chief technology officer of Tanium, the highest valued privately-held cybersecurity company, has assumed the role of chief executive, a job formerly held by his father and co-founder, David Hindawi. The elder Hindawi will now serve solely as executive chairman.

“Given our rapid global growth, we now recognize that we need to focus on building a world-class board, which requires that David spend more time on that aspect of leadership than he has in the past,” Orion Hindawi wrote in a blog post announcing the leadership change on Monday. “That’s why, effective immediately, I will take on the role of CEO, while David becomes Executive Chairman. This shift is a realignment to allow us to stay nimble as we grow.”

Orion Hindawi said that the company has grown to 340 employees from 125 at the beginning of last year, including poaching top execs from rival firms such as FireEye (FEYE). The company has remained cash flow positive and debt-free, he said.

For more on Tanium and Orion Hindawi, watch:

Although the new chief exec did not disclose specifics about Tanium’s financials, he said that the company’s sales ballooned more than 200% in the last fiscal year. During the last quarter of 2015, the company said it closed more deals with customers than it had in all of 2014.

Tanium has raised more than $300 million since its founding in 2007, a heaping portion of that amount from the Silicon Valley venture capital firm Andreessen Horowitz. The company, which was valued at $3.5 billion in its latest round of financing, counts Target (TGT), J.P. Morgan Chase (JPM) and Amazon (AMZN) among its customers.

The Hindawis formerly founded and sold the IT management firm BigFix to IBM (IBM) for $400 million in 2010.

Rocky public markets have not deterred Orion Hindawi from seeking an eventual initial public offering for Tanium. “We’re going to do an IPO at some point because it’s fair for our employees and our investors,” he told Forbes in an article published Monday. “I’ve heard lots of reasons to go IPO, most of which don’t make any sense to me. Liquidity to our investors and employees does make sense.”

Despite the title change, the father-son duo will continue to lead Tanium as partners. “From the first day that David and I founded this company, we have shared decision-making equally,” Orion Hindawi said. “That arrangement has proven — and will continue — to be an excellent one for Tanium.”