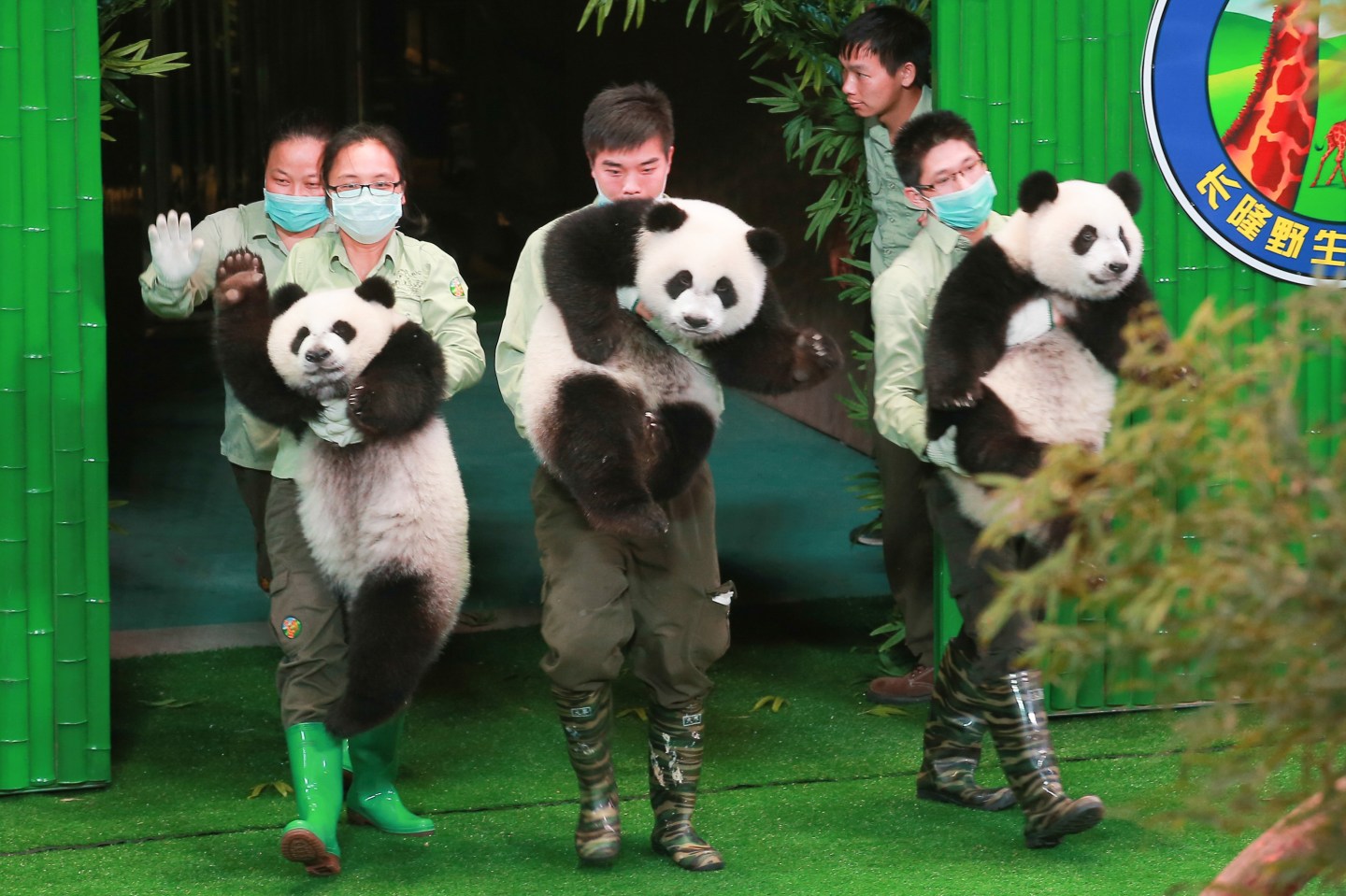 Sure, being a professional panda-hugger might be the closest thing to a dream job out there—for animal lovers, anyway. But even if your 9-to-5 doesn’t involve snuggling fuzzy baby pandas, there are some other careers that pack a surprising amount of happiness into the average workday—and for reasons you might not always expect.

CareerBliss, which has been ranking the happiness quotient of jobs for several years; here are the top jobs as determined by its most recent survey:

If you got sent to the principal’s office a lot as a kid, going to work in one every day might not sound very appealing. But the professionals who ranked their jobs on CareerBliss’s site had glowing things to say about the gig. In testimonials, principals wrote glowingly about family-like bonds between colleagues, a supportive environment, and satisfaction of knowing that they’re helping the next generation of Americans build an academic foundation.

When it comes to cooking up a recipe for job satisfaction, CareerBliss pointed out that this job has a lot going for it, in spite of demanding hours and an atmosphere that can sometimes resemble a pressure-cooker. Chefs don’t earn a ton of money; CareerBliss puts the average annual pay at around $58,000, about 5% lower than the national average for working Americans. But what the job lacks in dollars it makes up for in autonomy, a point that comes up over and over again in CareerBliss’s testimonials. For the worker who wants the freedom to create and take charge of executing a vision, and who wants to balance a zeal for management with an artistic streak, this job that takes the cake.

It might not sound like a job that would deliver tremendous satisfaction, but when you look a little closer, there are attributes that bump it up to third place. Long hours and a competitive environment come with the territory, but the trade-offs are worth it for many: With commission-based compensation structures common, people willing to put in the effort don’t have to wait long for their reward. The job is also fairly egalitarian: It gives workers who might not have a fancy degree an opportunity to move up the corporate ladder (and income scale).

Software skills like development and coding come into play here, but the workers who weighed in via CareerBliss say they got to something deeper about the job. In particular, they value getting a real-world view of how their work helps out other people, especially when they automate tedious processes. Many tech jobs, by contrast, are carried out in a relative vacuum, disconnected from the end-user. It turns out helping people is an important component of on-the-job happiness for many people. When career advice website The Grindstone looked for the most satisfying jobs, four out of the top five—clergy, firefighter, physical therapist, and special education teacher—all involve providing direct assistance to people in need.

This gig is popular with students and students-at-heart of all ages, and rounds out the top five. People who enjoy learning new things find it especially fulfilling; and watching the results of experiments unfold in real time provides a degree of satisfaction that seems to compensate for the relatively low pay ($30,000 a year, on average). The lab structure also confers a good deal of autonomy at work; yes, tasks have to be done, but there won’t be someone looking over your shoulder constantly.

Needless to say, these jobs are very, very different, and there’s no magic formula for what job will make people happiest. But you might notice that the five above have one thing in common: All confer a degree of autonomy and ownership of the work. So if you’re not happy in your current role, consider whether another job in your field—one that lets you take more matters into your own hands—might be more satisfying.