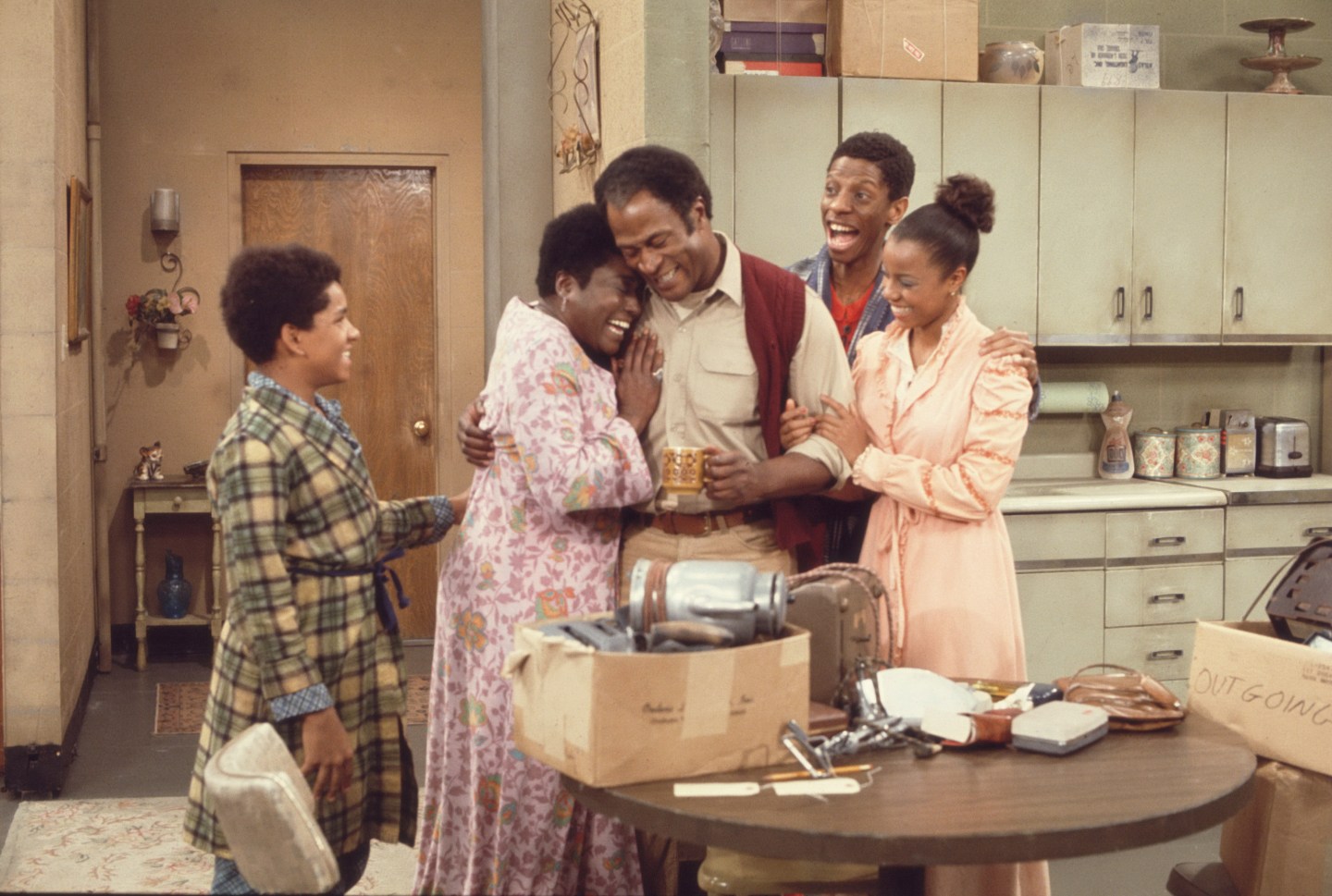 As it has with many of the cultural television touchstones of the 1970s, interest in Good Times has simmering in recent years. Now the cast of the CBS blockbuster says it’s ready to do a reunion movie – and it’s asking the fans to help pay for it.

Five original cast members from the Norman Lear show – Jimmy Walker, John Amos, Ja’Net DuBois, BernNadette Stanis and Ralph Carter – have launched a Kickstarter campaign to fund the film. But much like the Evans family they portrayed on CBS from 1974 through 1979, they’re finding it hard to pay the bills.

With 14 days remaining in the campaign, the Good Times reunion film has raised just $5,200. It has a $1 million goal. Not a positive sign, especially given the millions raised by cult hits Veronica Mars and Mystery Science Theater 3000.

That’s not discouraging the cast, though.

“Only an act of God could stop this movie from happening,” they wrote on the Kickstarter page. “Its going to be DYN-O-MITE!!!!”

Of course, even if the cast reaches its goal or finds an alternate method of funding the reunion movie, there are some logistical hurdles to face. Esther Rolle, who played the show’s matriarch and calm center Florida Evans, passed away in 1998. Ben Powers, who played Stanis’s on-screen husband Keith (who, in the series finale, won a contract from the Chicago Bears and moved the family out of the projects), died last year. And Janet Jackson – who played Penny, the daughter of DuBois’ Willona Woods, the Evans’ downstairs neighbor – is kind of busy being a major pop star these days.

Oh, there’s also the small matter of Amos’ character, James Evans, who played the patriarch, being killed off in the show’s third season, when producers opted not to renew his contact.

The cast also is doing this without the help of Sony, which owns the rights to the TV show, notes Deadline. “In the case of Good Times there is going to be a comparison, but it’s not an infringement of copyright,” an attorney for the project told Deadline.

The cast is determined to move ahead.

“During these forty years as a cast we have been giving a numerous amount of scripts that were written about what happened to the Evans’ family,” the actors wrote. “The ideas are countless, but as a group we have made a decision on where each character should go and what this long awaited script should be about. We are bursting at the seams to bring this exciting movie to you. All that we can tell you at this point is that it will be exactly what you expect from us and more.”

To encourage backers, the group has put together a wide variety of incentives, ranging from autographed scripts to personalized outgoing voicemail messages to one-on-one conversations with cast members.

Sadly, if you want a copy of DynoWoman, the comic book character that gave J.J. his big break, you’re out of luck.