The New Keds Ad Campaign Is All About Girl Power 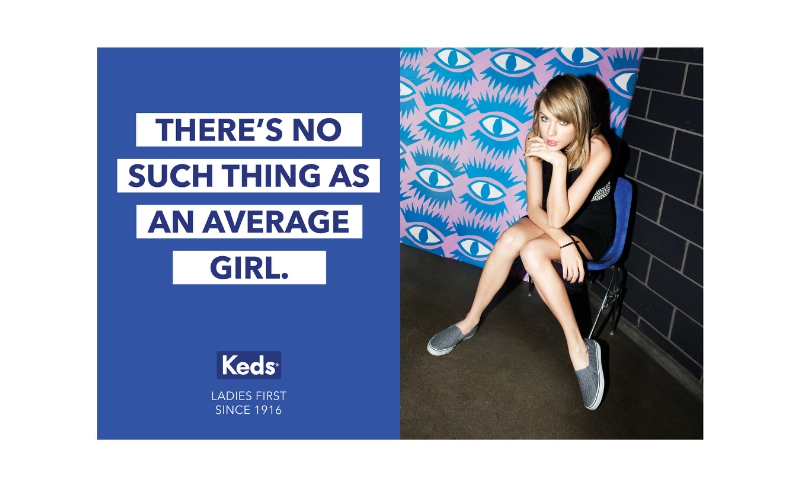 THERE'S NO SUCH THING AS AN AVERAGE GIRL. (PRNewsFoto/Keds)
Courtesy of Keds via PR NEWSWIRE

The latest string of ads features the three stars pursing their own goals with tag lines like “Titans of Industry. Mavens of Style,” “Make Your Move. Leave Your Mark,” and “All Dressed Up with Everywhere to Go.” The first video spot, titled “Uncharted Territories,” features a Wes Anderson-like montage of Williams packing for what appears to be a beekeeping vacation, including matching Keds for each outfit.

The campaign was created by KBS and continues the theme of last year’s ads that starred Taylor Swift. It also harks backs to Keds’ original roots. The brand launched almost 100 years ago, during an era where some women still wore corsets, to give women a more comfortable and versatile shoe option. Hence, the campaign’s current slogan: “Ladies First Since 1916.”

“The story is inspired by Keds’ target audience of young women. They’re throwing themselves into life and they’re experiencing a ton of different avenues,” said Jonah Bloom, co-chief strategy officer and co-president of KBS. “The adventure, itself, is what they’re excited about. It shows that she’s going where she wants to go and is doing it on her terms.”