This Country Just Appointed a Minister Of Happiness 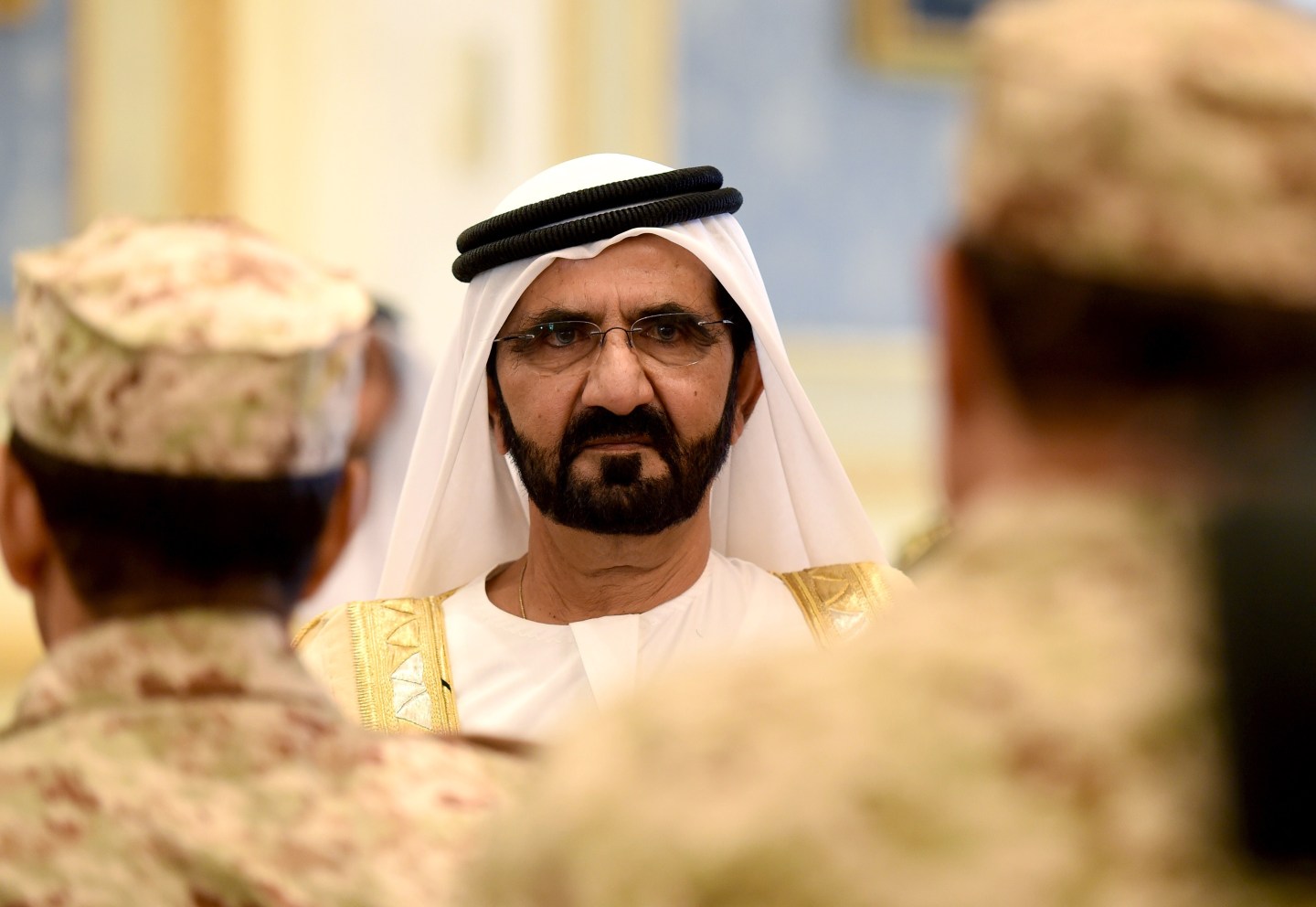 Sheikh Mohammed bin Rashid al-Maktoum, ruler of Dubai, looks on as he is welcomed by Saudi King Salman bin Abdulaziz (unseen) upon his arrival for the Gulf Cooperation Council (GCC) summit in Riyadh on May 5, 2015. The GCC summit came amid mounting international concern over the Saudi-led air war on Shiite rebels in Yemen, the threat from jihadists and Gulf worries over their Shiite rival Iran. AFP PHOTO / FAYEZ NURELDINE (Photo credit should read FAYEZ NURELDINE/AFP/Getty Images)
Photograph by Fayez Nureldine — AFP/Getty Images

The United Arab Emirates wants to boost the joy in its citizens by appointing a person specially charged with that responsibility.

The country’s first-ever Minister of State for Happiness will be tasked with overseeing “plans, projects, programs [and] indices” that improve the country’s overall mood, announced Prime Minister Sheikh Mohammed bin Rashid al-Maktoum in a series of tweets on Wednesday.

He appointed Ohood Al Roumi as the new Minister of State for Happiness.

Ohood Al Roumi as Minister of State for Happiness. She remains responsible as DG of the Prime Minister’s Office. pic.twitter.com/1Omrzc9b8F

That wasn’t the only curiously named role in the Prime Minister’s lineup—he also appointed a new Minister of State for Tolerance and changed the Ministry of Cabinet Affairs to a more forward-leaning label:

The U.A.E. isn’t the only country with a desire to see more happy people. In 1972, Bhutan instituted a “Gross National Happiness Index” that surveys the level of happiness in the country, and in recent years, Thailand and the United Kingdom have tried out similar happiness projects.

Some would say that the U.A.E. already fares quite well in the happiness department. In the 2015 World Happiness Report that attempts to subjectively score countries on their well-being, the country ranked 20th in the world. However, some have criticized the Persian Gulf nation’s move as a distraction from its human rights issues.

“The Ministry of Happiness sounds sort of Orwellian and sinister given that this is a surveillance state, but it is in line with their quite high self-regard,” Nicholas McGeehan, a researcher at Human Rights Watch, told the New York Times.