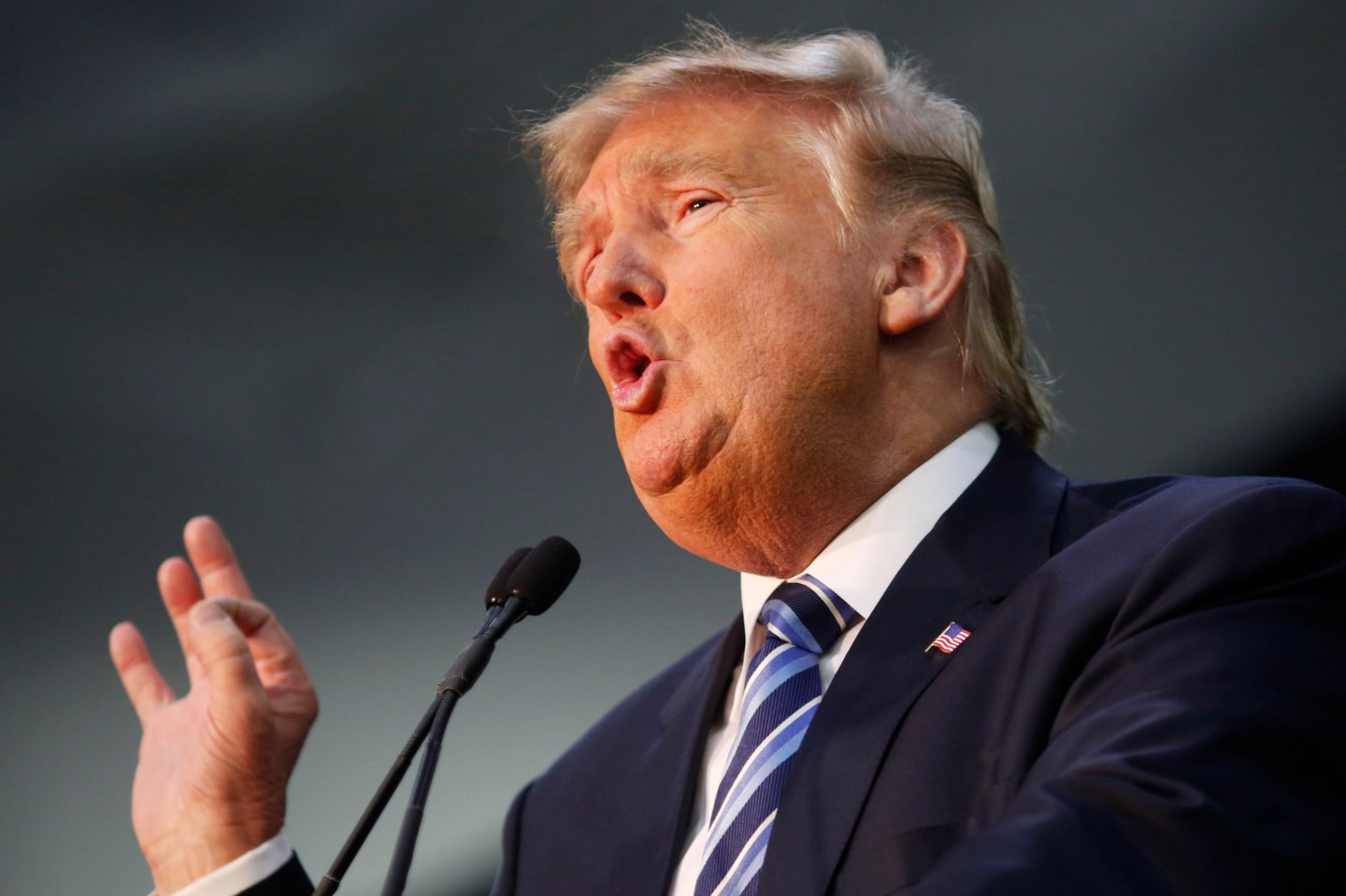 According to the latest Monmouth University poll, Trump is leading the Republicans with 30% support among likely primary-goers. He’s followed by Ohio Gov. John Kasich, who claimed 14%. Marco Rubio and Jeb Bush trail right behind him at 13% each, while Ted Cruz, the Iowa caucus winner, received 12% support. A Wall Street Journal/NBC News Marist poll released on Friday showed Rubio to be the second-favorite candidate among New Hampshire voters, though Trump still had a fairly wide lead over him.

While Trump’s placement as the top finisher seems fairly secure at this point, the margin of victory and final order of the remaining candidates are still very much up for grabs,” Monmouth University Polling Institute director Patrick Murray told the Wall Street Journal.

Despite the fact that a Trump win seems imminent, that of course isn’t necessarily the case. In 2008 it seemed that then-Sen. Barack Obama would surely claim New Hampshire, but Clinton came out the winner.

Sanders’ support shrank slightly from a previous Monmouth poll released last month. He now has 52% compared to Hillary Clinton’s 42%, while the earlier poll showed him with a 53% lead over her 39%. But as Murray told the Journal, he’s still “sitting in the driver’s seat heading into the last few days before New Hampshire voters head to the polls.”