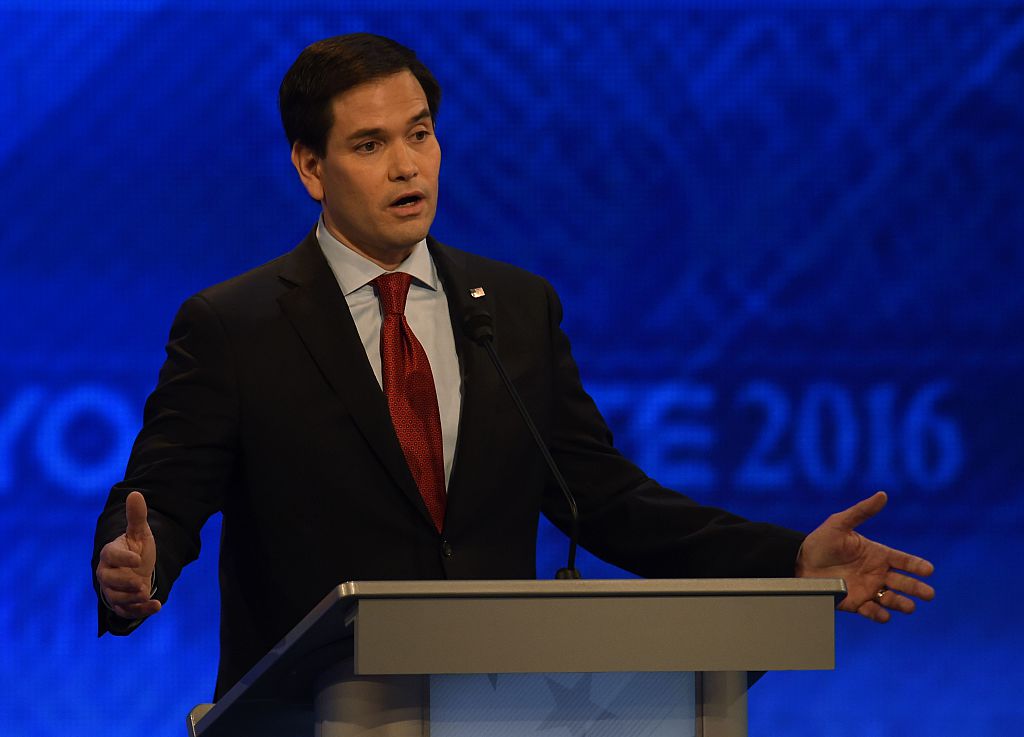 MANCHESTER, N.H., Feb 6 (Reuters) – Republican presidential contenders led by New Jersey Governor Chris Christie went on the attack against fast-rising rival Marco Rubio in Saturday’s presidential debate, accusing the first-term U.S. senator from Florida of being too inexperienced for the White House and walking away from comprehensive immigration reform.

Christie and former Florida Governor Jeb Bush, who are vying with Rubio for support from establishment Republicans in Tuesday’s New Hampshire nominating contest, compared Rubio’s experience in the Senate to that of President Barack Obama, who also was a first-term senator when he was elected.

“He simply does not have the experience to be president of the United States and make these decisions,” Christie said of Rubio. “We’ve watched it happen, everybody, for the last seven years. The people of New Hampshire are smart, do not make the same mistake again.”

Rubio said he had shown in the Senate that he could get things done, and questioned Christie’s record. “I think the experience is not just what you did but how it worked out. Under Chris Christie’s governorship of New Jersey, they’ve been downgraded nine times in their credit rating,” he said.

But Christie accused Rubio of resorting to “a memorized 30-second speech.”

“We tried it the old way,” Bush said of electing Obama, saying the country got “soaring eloquence” but few results.

Christie also led the charge against Rubio on immigration, criticizing him for backing a comprehensive reform bill in the Senate but then walking away from it when it foundered in the House under heavy conservative opposition.

Rubio said the legislation was never going to pass without popular support, and that the United States needed to begin enforcing immigration laws and improve border security before the public would have the confidence to back it.

“The question is did he fight for his legislation. It’s abundantly clear that he didn’t,” Christie said.

The debate comes just three days before New Hampshire goes to the polls in the state-by-state battle to pick the candidates for the Nov. 8 presidential election.

Cruz bypassed an early chance to tussle with Trump, refusing to repeat his criticism from earlier this week that he did not have the temperament for the White House.

Trump noted that Cruz did not want to take him on.

Trump and Rubio have become the favored targets of the other Republican candidates this week as the candidates launched an all-out offensive across New Hampshire.