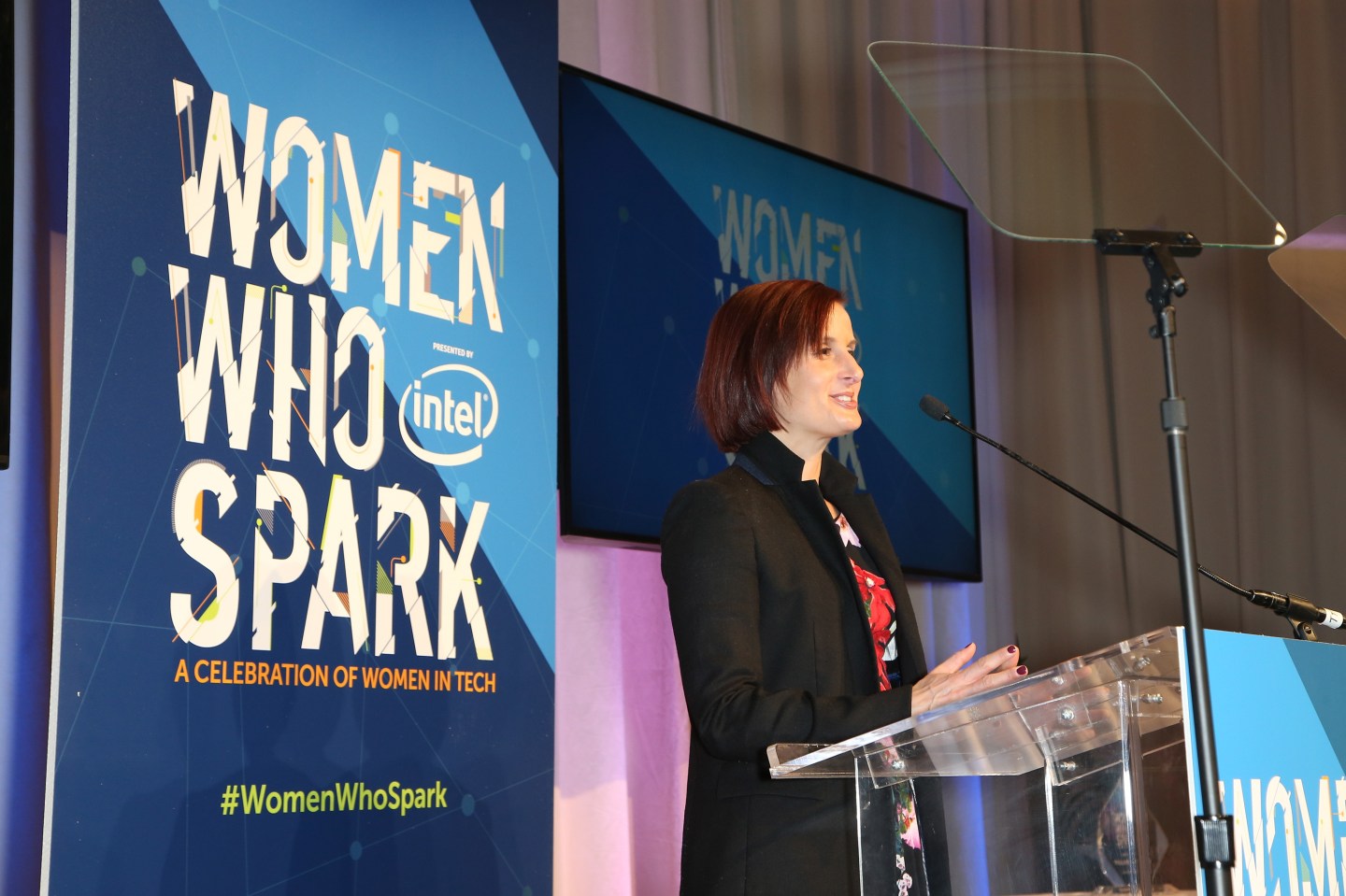 2015 was a good year to be a woman at Intel—at least when it comes to getting paid fairly.

An analysis of compensation at the chip giant revealed no disparity in pay across genders, according to the firm’s 2015 diversity report.

This is the first time Intel (INTC) has undertaken an analysis of company-wide compensation, says chief diversity officer Danielle Brown, noting that when the results came back at 100% parity, she and her team “nearly fell out of our chairs,” she recalls.

The team’s reaction is understandable, given the 23% gender pay gap across the U.S. workforce.

Brown says that while she’s proud of the results, it’s worth noting that this wasn’t a one-year effort. “Every year we thoroughly do a study after every performance review cycle to make sure we’re promoting and compensating diverse talent at the same rates,” she explains. “Fairness is very big for us.”

In the analysis, the company took into account factors like job grade (or level), education, experience, and scope of responsibilities.

The chipmaker also narrowed the gap in female representation in 2015, with women representing 24.8% of the total workforce, a 5.4% increase over December 2014. Women also hold 20.1% of technical jobs, or up 5.8% over the previous year.

The number of female employees increased across all levels of the company, due in part to a focus on hiring more women (35.5% of Intel’s 2015 hires are female).

Perhaps most notable is the increase in female leadership at Intel—women now hold 17.6% of leadership roles, up 14.3% from 2014. Last summer, the company committed to using the Rooney Rule when making senior hiring decisions, meaning that every slate of candidates must include at least one woman and one underrepresented minority.

While Intel is making progress, it still has a long way to go. In 2014, Intel lagged behind many of the biggest players in tech in terms of diversity—and while the 2015 numbers are certainly an improvement, they can’t compare to those of the most progressive companies in Silicon Valley.

Still, between its attention to fair pay, emphasis on hiring and promoting more women, and recent expansion of fertility and adoption benefits, Intel is clearly on a promising path.