A Female Venture Capitalist Shares Her Secrets For Getting Funded 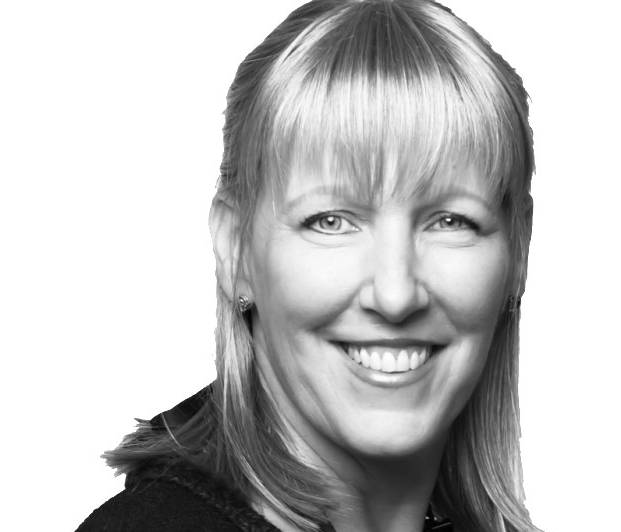 Sonja Perkins is perfectly comfortable being the only woman in the room. But she loves having company.

Perkins, a veteran venture capitalist, made her name at Menlo Ventures, where she became partner at age 29 and then worked her way up to managing director. Most recently she founded her own boutique fund, The Perkins Fund, which focuses on early-stage tech ventures and has so far invested in more than 30 companies.

The Harvard Business School graduate wants to see more female VC success stories like hers. Only 6% of partners in venture capital firms are women, according to the Diana Project from Babson College. To address this, Perkins formed Broadway Angels, an angel investment group composed of “world-class investors and business executives who all happen to be women.”

I recently talked with Perkins—who was one of only 15 women to make Worth magazine’s list of the 100 most powerful people in global finance for 2015—about what it takes to succeed in venture capital, and what she looks for her in her investments.

The interview has been edited and condensed for clarity. You can hear our entire conversation on Inflection Point.

Fortune: Tell us why you formed an all-women investing group.

Do you invest only in women-run companies?

That’s a big misconception of Broadway Angels. It would be like thinking male venture capitalists and VC firms only invested in men, which we know isn’t true. We invest in both men and women and we are return-driven, just like the venture capital industry as a whole. But 50% of my investments have been founded by a woman, which is very unusual. I think the statistic for venture-funded companies founded by women is a little less than 5%, so it’s a very big difference.

Do you think it’s because more women are attracted to the fact that you’re all women with Broadway Angels?

I think that the best entrepreneurs who are starting companies are dying to meet us. They love meeting many of the top women in tech and venture in the same room. I think they seek us out. I think that’s probably right.

I’ve read that venture capital firms with female partners are twice as likely to invest in companies with a woman on the management team. Why do you think that is?

I don’t think there’s any grand conspiracy at all. I think that people tend to focus on what they’re comfortable with. I think it’s a lot of like hires like. People you went to college with, or people that you used to work with, or someone who’s your best friend—it’s potentially easier to hire that kind of person. I think if there’s a woman on a management team and they see a firm that’s got a woman on the partnership they might think, “That’s probably a firm I want to work with.”

What are some common mistakes that women who are pitching you might make?

I think one is they tend to be very conservative about their market opportunity and what they can do. For example, let’s say a guy comes in and he’s got this great idea and this great product. He will talk about the potential of that company beyond what he’s able to do in the first year, maybe 10 years from now. I think a woman will say, “Gosh, well I know I can do this in one year, but I’m just going to talk about what I can do in six months because I really don’t want to disappoint.” It could be the same company and the same idea, but when the guy is pitching it, it just sounds so much bigger. I think sometimes women sell themselves short a little bit on the market opportunity.

Then I think the other thing—which is probably a little bit controversial—is that when women come in to present to an all-male venture capital group, sometimes they look extra great. They have a fancy dress on, or colors, or long earrings, or something like that, which can be a little distracting. I personally think when women present they should put on their black or gray suit—just wear a uniform. The guys all wear uniforms, so it’s just kind of confusing when somebody comes in and they’re dressed up like a party. I think it’s just distracting.

Mariam Naficy, founder of design website Minted—one of the companies you’ve invested in—told Inflection Point that female investors were much more likely to understand her business than male investors. Do you feel like venture capital funds are missing out by not investing in more women-owned businesses?

I think that diversity, whether it be sex, race or age, is important across the board. I do think there are a lot of really great female-founded companies like Eve.com, which was Mariam’s first company, and Minted, and companies like Handwriting IO and Rent the Runway. One of my investments, Rocksbox, is a subscription jewelry service with incredible margins, incredible growth. It may take a while for someone who doesn’t wear jewelry to figure that one out, but it turns out it’s a fabulous market.

Are there key things that you always look for in any potential investment?

I always look at market size. When a company isn’t working, I always ask the question, “What’s the problem? Is it the market? Is it the product? Does the product not work? Or is it an implementation problem where the management can’t execute on the plan?” You can always fix the product if it’s broken. You can always fix the management team—either inspire them, or coach them, or find other management teams that can help with the product. You can never fix the market, so if you have a product that nobody is buying because the market doesn’t want it, you’re never going to be able to fix that.

As I’ve gotten older I tend to focus more on people, too. I used to just be totally market-focused, and now it really matters to me which people I’m working with.

What are the characteristics of people that you like to work with?

Did you set out to be a venture capitalist?

I always liked business. I think my mother would probably tell you that I did, but who would have known what a venture capitalist was when I was a child? I always liked looking at the whole business. I didn’t want to just focus on marketing, finance or sales—I wanted to focus on all of it. When I was right out of college, I thought the two best areas where you could look at the whole business would be management consulting and venture capital.

I got this offer to work at TA Associates in Boston right when the PC industry was just getting started, in the late 1980s. I had some experience with PCs. I was a computer programmer at UVA and worked in the computer lab. TA was just starting to invest in PC-related software, and it was a great fit. I basically cold called every private software company in the United States for three years. It was an amazing experience to learn about business models and talk with entrepreneurs. The three companies that I cold called and we invested in all went public. It was a great time to be in the venture industry.

You then went to Menlo Ventures, where you spent most of your career. What was your experience being a woman there, and what did it take to work your way up to partner?

You had to do great deals. You had to be able to find and win the great deals, and you had to be able to work well with the other partners. These were the criteria for all of us. The venture industry is very performance oriented, so you can actually measure your internal rate of return, or your IRR. I was good at making great investments, and that’s why I made partner. I loved working there.

You hear a lot of women say, “I feel like I have to work twice as hard just to get equal recognition.” Did you ever run into anything like that in the field?

Not really. When I was at TA Associates I found three companies that all went public. I decided to go to Harvard Business School after working there for three years, and this wonderful managing director Kevin Landry came into my office before I was about to leave for school and he said, “Well, how about I just double your salary and you don’t go to business school?” I thought, “How come he wasn’t paying me double my salary before?”

I went to business school. The venture industry is really a nice industry. I don’t know of any horror stories for women in venture.

We hear about the boys club a lot, and how men help each other out. Do you think there should be a women’s club?

That’s why we do Broadway Angels, right? Many of the female venture capitalists that are members of Broadway Angels are the only female partner [at their firms.] For women to have a voice you need to be more than just one, because when we’re all working together we have a voice. People know who we are, and Broadway Angels kind of gives all of us a voice. We have female venture capitalists, and we have peers, and we share ideas, and it’s just really great to not be the only woman—even though it’s not so bad being the only woman, either.

What do you think about all the support groups—circles of women helping each other—that are forming?

I always try to find people to mentor. It’s important to do that, but I also think it’s important that women don’t view themselves as a minority that’s downtrodden. I think women should just get up, stand up, straight posture, and just own it. Own your story. Just like the question you asked me earlier about mistakes women make in their pitches. They don’t say, “I’m going to do this amazing company, and it’s going to grow, it’s going to be a hundred million in revenue in 10 years, or five years. I’m going to hire the best people, I’m going to have the best customers. The business model is going to work.” Just own it. Don’t ask a question in a meeting. “What do you think?” No, don’t do that.

What’s the best advice about leadership you’ve ever received?