China Invests $4.6 Billion in Killing Coal, But Is It Enough? 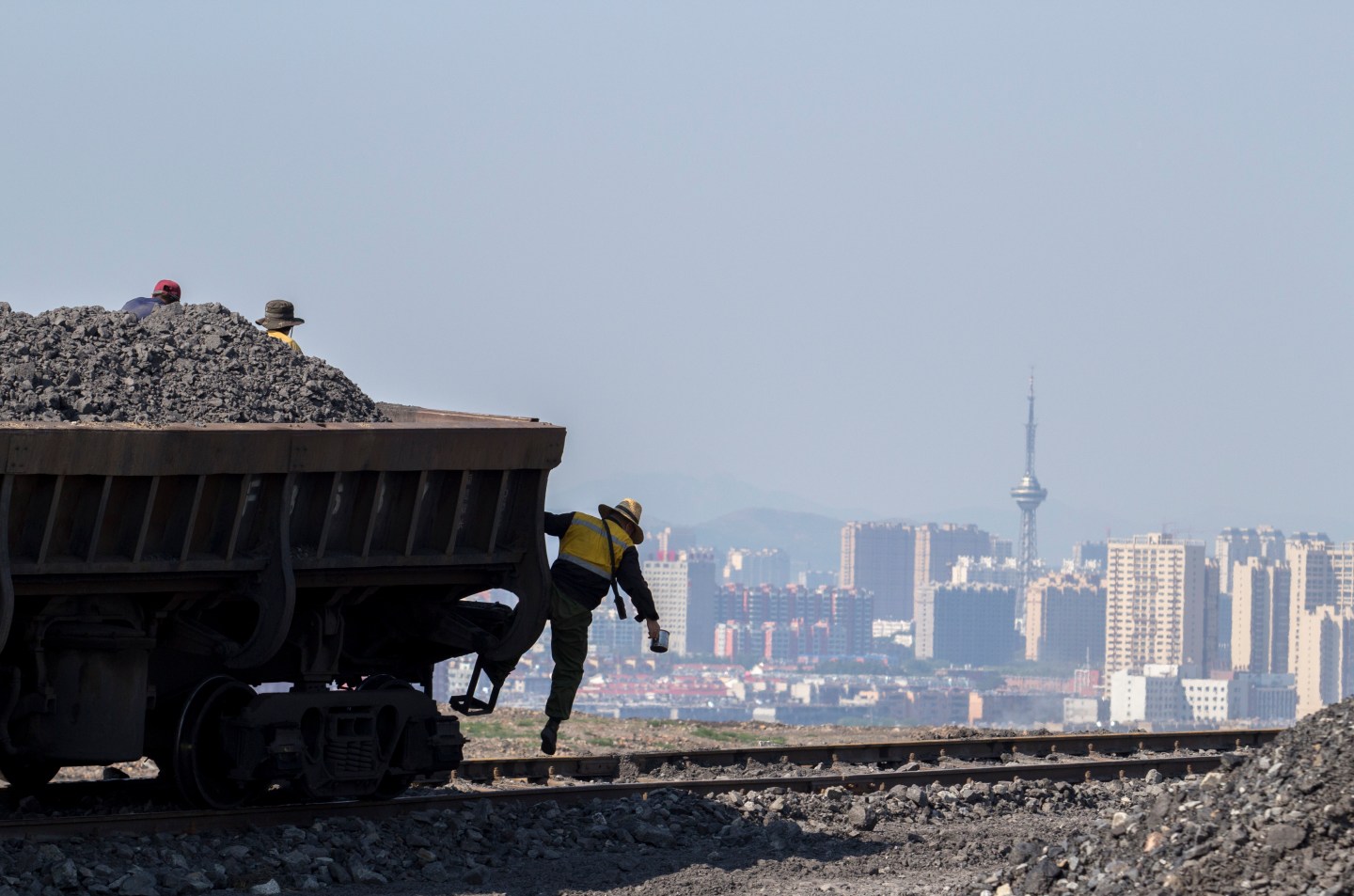 FUXIN, LIAONING PROVINCE, CHINA - 2015/07/06: A worker is jumping down from the steam locomotive, which will dump the coal cinders beside the rail. The waste coal cinders have heaped up to form a highland in the city suburb. Fuxin, located in China's northeast Liaoning Province, which had the biggest open cast mine in Asia and relied mainly on mining in the 1960s, is transforming the development mode of economy and making the last steam locomotives retired from service, because of the environmental pollution and coal exhaustion. (Photo by Zhang Peng/LightRocket via Getty Images)
Photograph by Zhang Peng — LightRocket via Getty Images

This piece originally appeared on oilprice.com.

It’s a tumultuous time for the Chinese economy. The yuan is sinking slowly and the Chinese government is doing everything it can to prop up the currency at a cost of billions of dollars per month in reserves. The current government is trying to efficiently engineer a shift from an investment-led economy to a consumption-led economy, but success on that front is far from certain. Amid this uncertainty, it is a particularly rough time to be a coal mine in China.

Chinese state companies are widely regarded as extremely inefficient. The reality is that the command and control model, which is the backbone of the Chinese state, does not produce effective or efficient companies. To deal with this problem, China is consolidating many industries and trying to gain from economies of scale. Add to this China’s problem with a truly noxious atmosphere and abysmal air quality, and you have a recipe for significant pain in coal mining sector.

China recently announced that it will spend almost $4.6 billion over the next three years to shutter small coal mines and redeploy about 1 million workers that work those mines. The scheme is part of the Chinese government’s efforts to reduce its use of coal in an effort to quell problems with air quality that have embarrassed the central government. The government sees the coal sector as oversupplied and wants to cut down on the number of firms in that industry in an effort to bring supply and demand into balance.

China’s plan will close 4,300 mines resulting in production falling by 700 million tonnes over the next three years. The government is also banning the approval of new mines during that period. The scheme sounds good on paper, but the reality is likely to be more difficult that than the government hopes.

To begin with, many of these mines are small and shuttering them will not fix the supply demand imbalance. Domestic coal demand in China dropped by 2.9 percent annually in 2014 and it probably dropped a further 4 percent in 2015 thanks to the economic slowdown there. China still has 11,000 mines even after shuttering 7,250 of them in the last five years and cutting output by 560 million tonnes.

China likely has an oversupply of around 2 billion tonnes annually in coal produced and that oversupply grows larger as domestic demand drops. Thus China’s efforts are only going to make a small dent in the overall supply-demand imbalance.

Unfortunately, the plan to shutter coal mines will also have only a marginal effect on the air quality in China as well. The air quality in Beijing continues to be dangerous and contaminated by cancer causing particulate matter according the World Health Organization.

More from Oilprice.com:
OPEC’s Trillion Dollar Mistake
60 Reasons Why Oil Investors Should Hang On
Oil Prices in 2016 Will Be Determined By These 6 Factors

This problem cannot be fixed simply. China’s economy produces massive amounts of steel using large amounts of coal and those steel plants have antiquated pollution protection measures, if they have any such measures at all. Moreover, having already polluted their air, there is little the Chinese government can do in the short-term to reduce the damage other than wait for nature to take care of the problem on its own – a process that could take years even if all pollution issues were fixed imminently.

On the whole then, Beijing’s small steps towards right sizing its coal sector are just that; small steps. The movement is in the right direction, but the reality is that killing coal and pollution in a country that still uses the black rock for two-thirds of its energy needs will take a lot more than closing the country’s smallest mines.