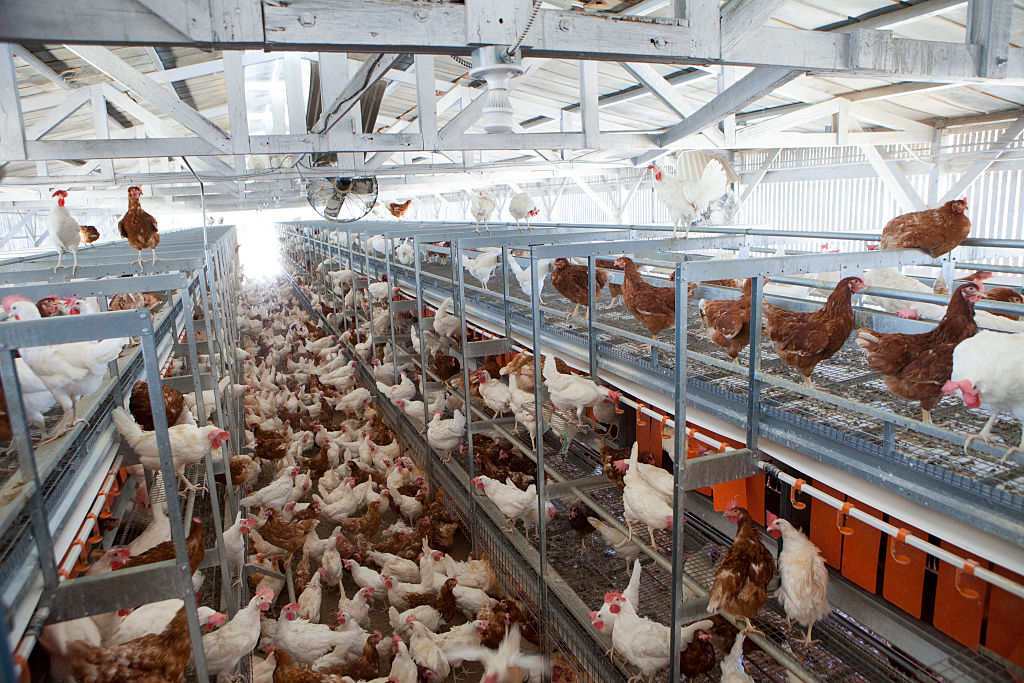 LAKESIDE, CA - NOVEMBER 6: 8000 cage-free chickens hang out and lay eggs in a new chicken house at Hilliker Egg Ranch, on November 6, 2014 in Lakeside, California. Owner Frank Hilliker is in the process of converting all his chicken houses to a cage-free system. He is a third-generation chicken farmer. California voters passed a new animal welfare law in 2008 to require that the state's egg-laying hens be given room to move around, but did not provide the funds for farmers to convert. Hillker had to take out a loan of $200,000 to build this new cage-free chicken house. (Photo by Melanie Stetson Freeman/The Christian Science Monitor via Getty Images)
Christian Science Monitor/Getty

Target announced this morning that it will offer 100% cage-free eggs by 2025, making it the latest in a slew of food companies that have made the cage-free commitment.

The announcement may seem premature with a deadline nearly a decade out, but Target (TGT) will need the time to work with its suppliers to build up its sourcing.

Josh Balk, senior director of food policy for the Humane Society of the U.S., said that McDonald’s announcement in September started a landslide from the rest of the food industry.

Despite the flurry of cage-free commitments in the food sector, Target is still one of the first retailers to commit. Whole Foods was the first national chain to say it would go cage-free in 2005, but Balk says that other grocers “have felt that Whole Foods has its niche for being good for animal welfare, but it didn’t apply to them.”

With Costco’s commitment in December and Target’s today, Balk says we’re likely to see the rest of the grocery sector quickly go in the same direction.

“There’s nothing more powerful in talking about this issue to a company than stating that its competitors are doing it and they are not,” he says.

The following is a list of companies, which the Humane Society helps maintain, that have committed to cage-free.