Obama Says U.S. Economy Is the Strongest in the World By Far 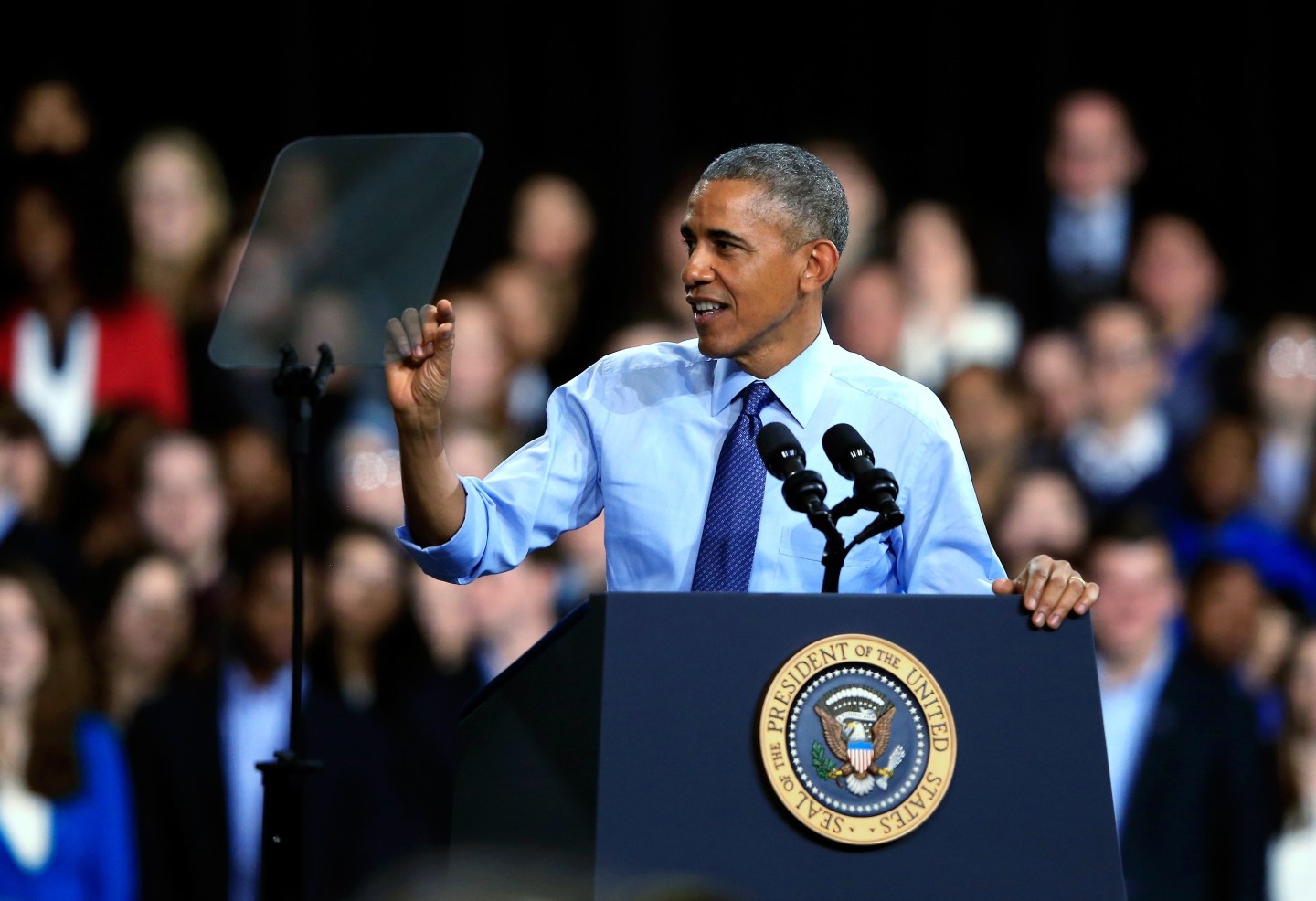 LAWRENCE, KS - JANUARY 22: U.S. President Barack Obama speaks at the University Of Kansas at the Anschutz Pavillion on January 22, 2015 in Lawrence, Kansas. Obama is traveling to push his State of the Union agenda. (Photo by Jamie Squire/Getty Images)
Photograph by Jamie Squire — Getty Images

President Obama appeared on the Today Show with Matt Lauer Tuesday morning hours before his final State of the Union to discuss the progress the U.S. has made during his presidency.

When asked about the fear and frustration that is driving some presidential campaigns, particularly that of GOP frontrunner Donald Trump, Obama said that we shouldn’t just focus on the negatives. Our country has been through a lot in the past 10 years—Hurricane Katrina, the Iraq war, and the recession to name a few—but it’s important for us to “step back and see how far we’ve come.”

He told Lauer that the U.S. has the strongest economy and we are by far the strongest nation on the planet, adding that “there’s no reason why we shouldn’t own the 21st century.”

Though Obama says that Trump’s message of fear “has had adherence a lot of times during the course of our history,” he remains confident that the majority of Americans are looking more toward hope and hard work rather than fear and scapegoating.

The President expressed regret that politics in Washington are so divided in the last year of his final term, but he believes that division doesn’t necessarily reflect the American people.

“I could not be prouder of what we’ve accomplished,” Obama told Lauer. “And part of what I want to do in this last address is to remind people, you know what, we’ve got a lot of good things going for us.”