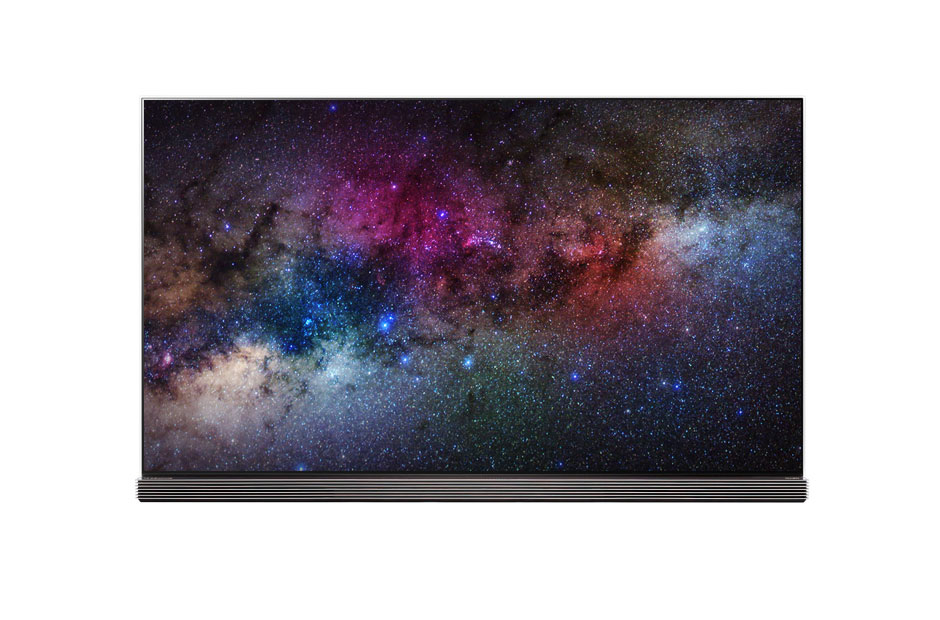 CES is where the latest and greatest in audio/visual entertainment is unveiled. If you’re an audiophile or videophile, this is ground zero for your home theater.

Owning the best television, speaker or audio component in the neighborhood (or city) often carries a hefty price tag, though. Many people – heck, most people – can’t afford them, but if you’re wondering what the absolute top of the line is, here are a few of the things we saw that have us wishing we win the $675 million Powerball jackpot.

Samsung KS9500 SUHD TVs – Samsung and LG both like to claim the crown of picture superiority, but the truth is the two come at it different ways – and both succeed. This year’s line of “Super Ultra High Definition” sets use what’s called Quantum Dot technology, which enhances brightness and uses less energy. It also supports HDR – high dynamic range – a technology that improves the contrast and colors of images. The end result? A stunning picture that’s noticeably better than years past. As for the price? Samsung’s not talking – but high-end sets are never cheap.

LG Signature OLED TVs – Not only do these sets put out absolutely stunning images, with some of the darkest black color you’ve ever seen, they pull a disappearing act when they’re turned sideways, with a ridiculous 3mm depth. The color range and brightness of this year’s models are higher than previous OLED (organic light-emitting diode) sets from the company – and, with the addition of HDR, they squeeze every ounce of clarity out of a 4K images. They’re certain to be super pricey, too – so ultimately, the choice may come down to brand loyalty for top-end TVs among videophiles.

Samsung 4K Ultra HD Blu-Ray Player – 4K Blu-ray could take home video to the next level and Samsung (SSNLF) is working with Hollywood studios to make it happen. This high-end blu-ray player will be out in March (price still unannounced). And Warner Bros and 20th Century Fox (FOX) have committed to delivering 100 4K UHD discs this year – and will begin releasing the high quality discs simultaneously with DVD and traditional blu-ray versions for new blockbuster releases, including Mad Max Fury Road and The Martian.

Mark Levinson No. 519 Audio Player – This ultra-high end component will play just about any kind of music, from LPs to CDs to high-resolution audio files. While it could be used in a home theater, it’s really not meant for that. Instead, this is for the die-hard music lover, who wants to be able to distinguish every single note. It’s due out in six months, but start saving now. It will carry a $17,000 price tag.

JBL Everest Speakers – If you do win the PowerBall, you might want to put these speakers on your shopping list. The ultimate in high-end, they come with a custom color finish (including Ferrari Red) and even the manufacturer refers to them a “a statement piece”. They’re enormous, weighing hundreds of pounds and are physically huge. But that all pales in comparison to the price tag: A whopping $90,000 per pair.