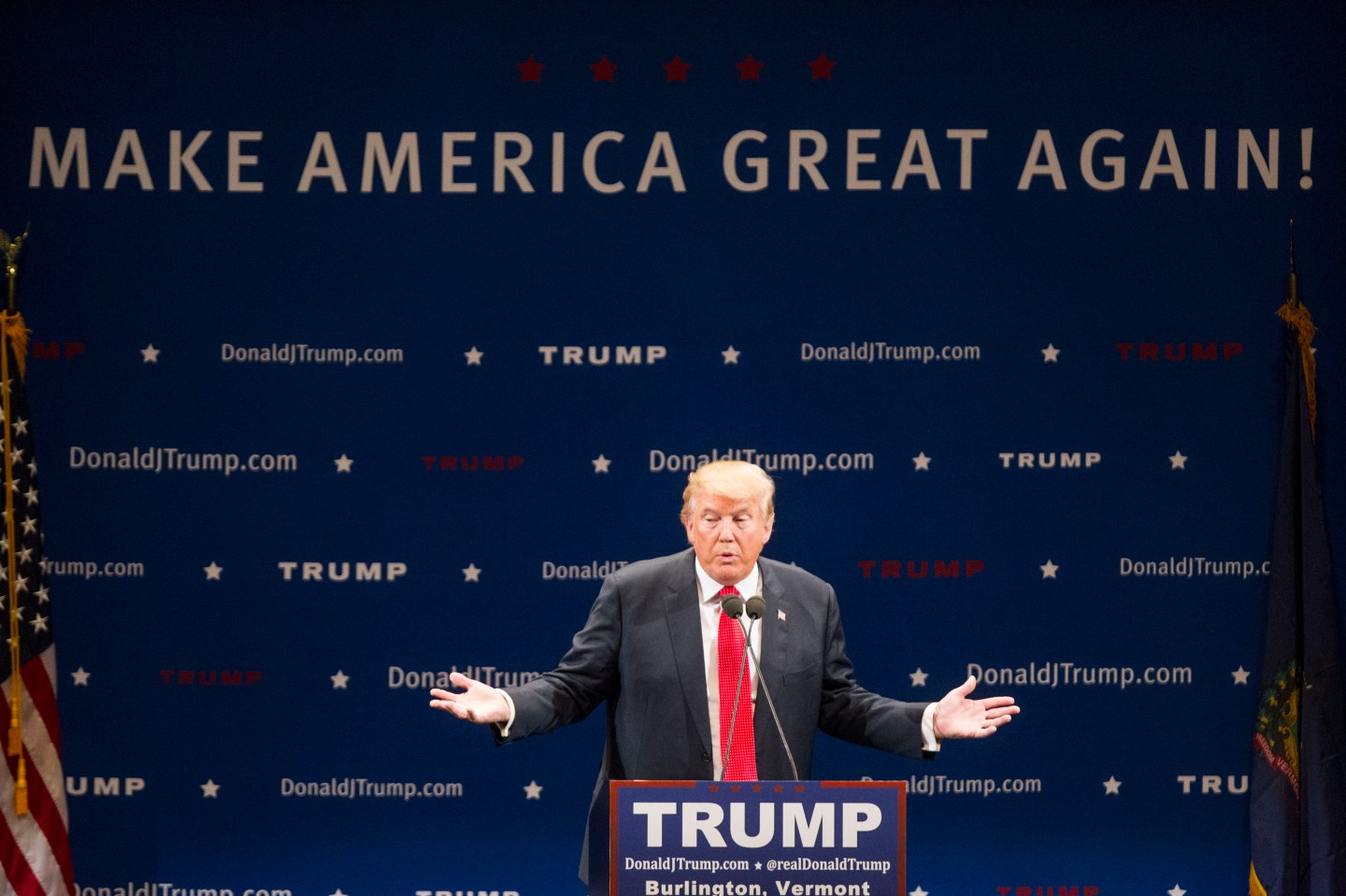 BURLINGTON, VT - JANUARY 07: Republican presidential frontrunner Donald Trump on stage during his event at the Flynn Center for the Performing Arts on January 7, 2016 in Burlington, Vermont. The line to enter the event wrapped around the venue and down multiple streets and multiple groups of protesters were present outside. (Photo by Scott Eisen/Getty Images)
Photograph by Scott Eisen—Getty Images

Donald Trump has never feared taking an colorful stance on an issue.

That fact was reinforced on Thursday, when he told supporters at a rally in Vermont that he would “get rid” of gun-free zones in schools and in military bases, according to a report on CNN.

“You know what a gun-free zone is to a sicko? That’s bait,” said Trump, as he argued that well-trained gun owners are the nation’s best defense against mass shooters. The Republican presidential candidate vowed to sign an executive order banning gun-free zones on military bases. It’s unclear just what actions Trump could take as president to end other gun free zones, like those at schools, which are often administered by local and state governments.

And this isn’t the first time that Trump has made this call. At a Republican debate in October, Trump said “I think gun free zones are a catastrophe, they’re a feeding frenzy for sick people.”

This sort of rhetoric contrasts with Trump’s previous stances on gun control. In his 2000 book, The America We Deserve, the real estate mogul wrote:

I generally oppose gun control, but I support the ban on assault weapons and I support a slightly longer waiting period to purchase a gun. With today’s Internet technology we should be able to tell within 72-hours if a potential gun owner has a record.

Fortune reached out to the Trump campaign for comment, and will update the story if it responds.