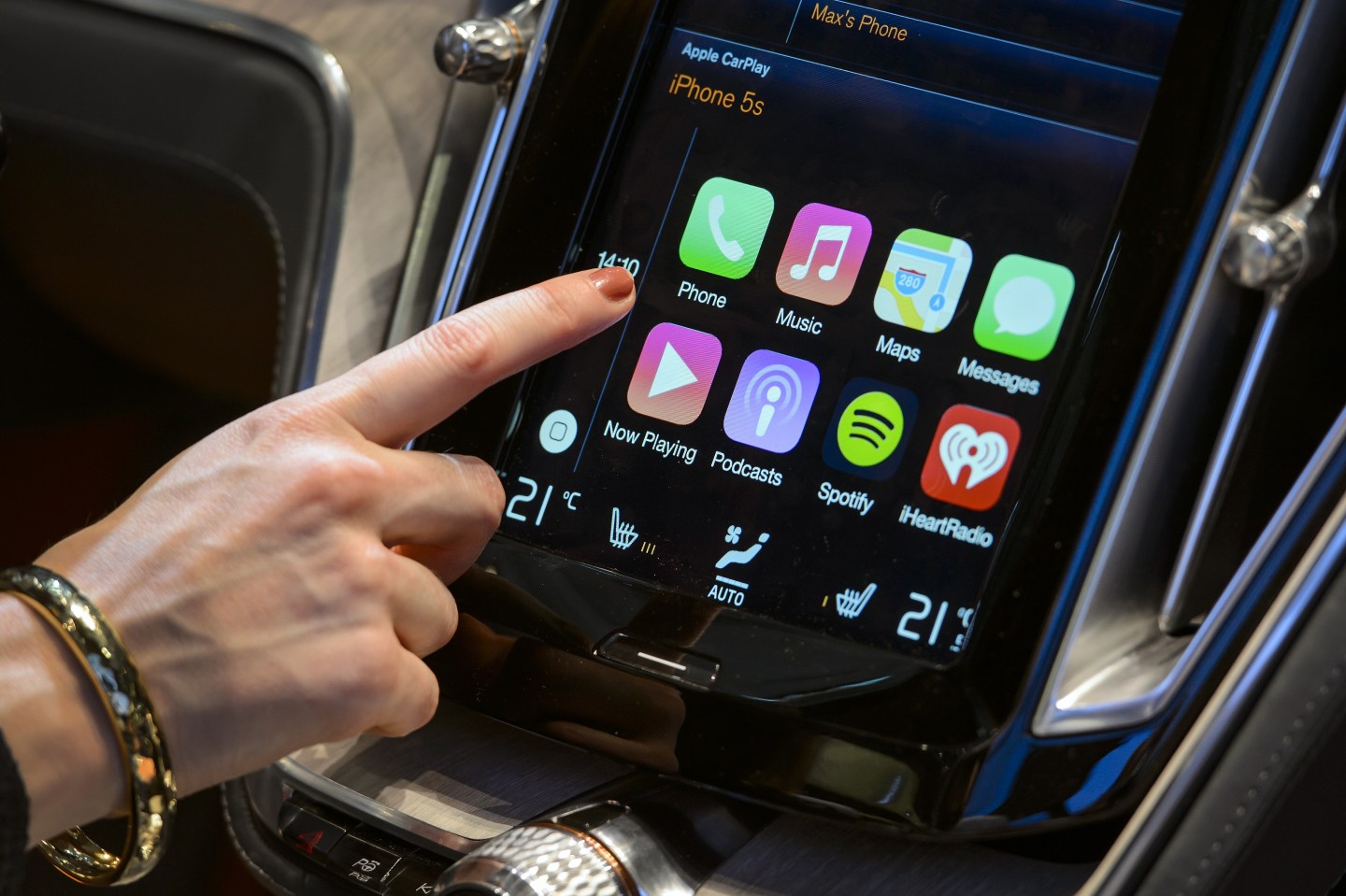 Here’s yet another reason to believe Apple may be working on that long-rumored car.

Apple has registered several car-related domains, including Apple.car, Apple.cars, and Apple.auto, according to records published online and discovered by Apple-tracking site MacRumors. All of the sites were registered by Apple on Dec. 9, and clearly show “Apple Inc.” as the owner. The domains also match the registration information for the company’s homepage, Apple.com.

Apple (AAPL) has been rumored to be working on a car for several years. While the company has remained tight-lipped about its plans, a steady stream of rumors say there is a secret project ongoing at Apple, called Titan, that is focused on building an Apple-branded electric vehicle.

In addition to those rumors, Apple has dropped some hints that a car may be in the works. Last month Apple CEO Tim Cook was coy when asked on “60 Minutes” whether his company was working on a car, fueling speculation that it was indeed planning a vehicle. In October, Cook said in an interview with the Wall Street Journal that it’s clear to him the auto industry is in for a “massive change.”

Meanwhile, Tesla CEO Elon Musk, one of the more vocal Apple critics, has said that he and the iPhone maker held “talks,” suggesting that at one point Cook and Company were considering acquiring the electric car maker. Musk has also said that Apple has tried to poach some of his engineers, but poked fun at Apple, saying that the only engineers who end up in Cupertino are those who can’t hack it at Tesla.

Not even analysts can step away from the rumors surrounding Apple’s possible car move. Indeed, many agree that it could ultimately pay off.

“Given the changing supply chain as the industry transitions to electric from transmission powered vehicles and eventually to autonomous, we see the opportunity for technology vendors, including Google and Apple to dominate,” Morgan Stanley analyst Katy Huberty said in a research note in November.

WATCH: For more on Apple car speculation, check out the following Fortune video:

The general consensus on Wall Street is that Apple would launch an electric car in 2019, though that could be pushed back to 2020.

With rumors mounting, the purchase of car-related domains is enough to fuel those flames. However, Apple is technically already in the car business with its in-vehicle infotainment platform CarPlay. The company has several partnerships with auto makers, allowing them to install CarPlay in their vehicles and let drivers connect iPhones to the interface. It’s possible that Apple’s decision to buy up the domains has nothing to do with a future car and everything to do with CarPlay.

MORE: Tim Cook: The car industry is in for a ‘massive change’

It’s also worth noting that, like many other companies, Apple will buy up boatloads of domains that have nothing to do with its plans. According to Domain Tools, a company that tracks domain registrations, Apple is “associated” with over 8,700 domains. Adding a few more to the mix means little.

So, while the domain acquisitions may be another clue to the eventual launch of a car, it’s also possible they mean nothing.