Even Insured Americans Are Struggling With Medical Bills 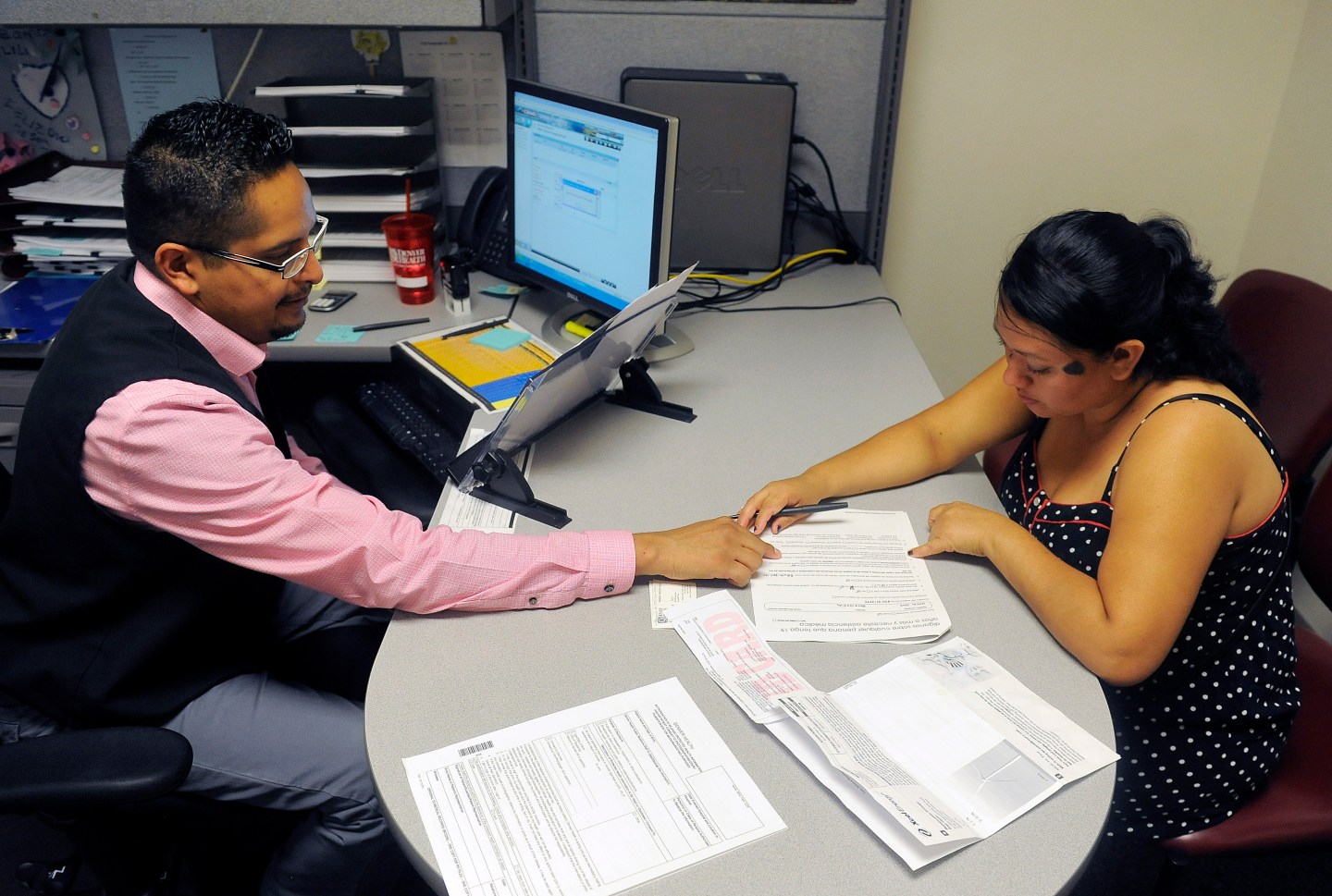 DENVER, CO - OCTOBER 1: Enrollment Specialist Horacio Castaneda, left, helps Rosa Ayala Cruz, right, apply for health benefits at the Denver Health Westside Family Health Center on October 01, 2013 in Denver, Colorado. Key provisions of the Affordable Care Act's health insurance marketplaces are set to go into effect today. It's been reported that some consumers have experienced technical problems with the website sign-up that is believed to be caused by higher-than-expected volume. (Photo by Chris Schneider/Getty Images)
Photograph by Chris Schneider—Getty Images

Even as the Affordable Care Act has given more than 15 million Americans health insurance coverage, more than a quarter of working-age Americans still say that they’re struggling to pay off medical bills.

According to a study conducted by The New York Times and the Kaiser Family Foundation that was released Tuesday, even health insurance isn’t always enough to keep medical debt at bay: One in every five Americans with health insurance say that they had problems paying medical expenses in the past year. Among those without health insurance, the portion struggling to pay their bills jumped to more than one-half.

Health insurance plans have offered increasingly higher deductibles to customers over recent years, creating medical bills that are still too large despite health insurance. In fact, medical deductibles have been rising faster than wages over the last five years, according to a report published by Kaiser in September. “It’s really become less generous in terms of cost-sharing over time,” Liz Hamel, Kaiser’s director of public opinion and survey research, and the lead author of the newest report, said in an interview with Fortune.

Three-quarters of those with insurance who had issues paying the bills said that the amount they pay for copays and deductibles was more than they could afford, according to the study. For those with chronic conditions, smaller co-pays could add up quickly to become unaffordable. And about one-third of the same group said they sought care from a provider outside of their insurer’s network—a costly choice that the majority said happened because they weren’t aware they had seen a provider who wasn’t covered.

Among the 26% of Americans who struggle to pay their medical bills, almost half say that the costs have had a major impact on their families. “The major impact is actually a pocketbook or economic impact: their ability to pay the rent or the mortgage or buy food,” Drew Altman, president of the Kaiser Family Foundation, told The New York Times. More than three-quarters of those who were insured but struggling with bills said that they delayed major purchases and vacations, and cut back on spending on food and clothing to make ends meet. Two-thirds of insured people struggling to pay their bills said the same.

But the impacts of health bills can result in much longer-term issues. 63% of those insured and struggling said they used up most or all of their savings to pay off the bills—more than the 51% of uninsured patients who were struggling with bills. Almost one-third of insured and one-fifth of uninsured Americans with large medical bills said they had pulled money out of long-term savings accounts for retirement and college. In the survey, respondents described how they gave up homes, education and quality of life to pay off their bills. Said one respondent: “Charges for my insulin exceeded $1200 a month (3 times the amount of my house payment). I had to reduce the amount of insulin I took based on what I could afford; my health was negatively impacted as a result.”

While more than half of those struggling to pay their medical bills say they’ve been late or missed a payment, a much smaller number—only 17%—have defaulted. Hamel pointed out that difference as a sign of how much people are changing their lives to try to pay off their bills. “People really want to pay these bills, but they have so many things going on in their lives and sometimes other debts,” she said.