Oracle Claims Good, But Not Yet Good Enough, Cloud Growth 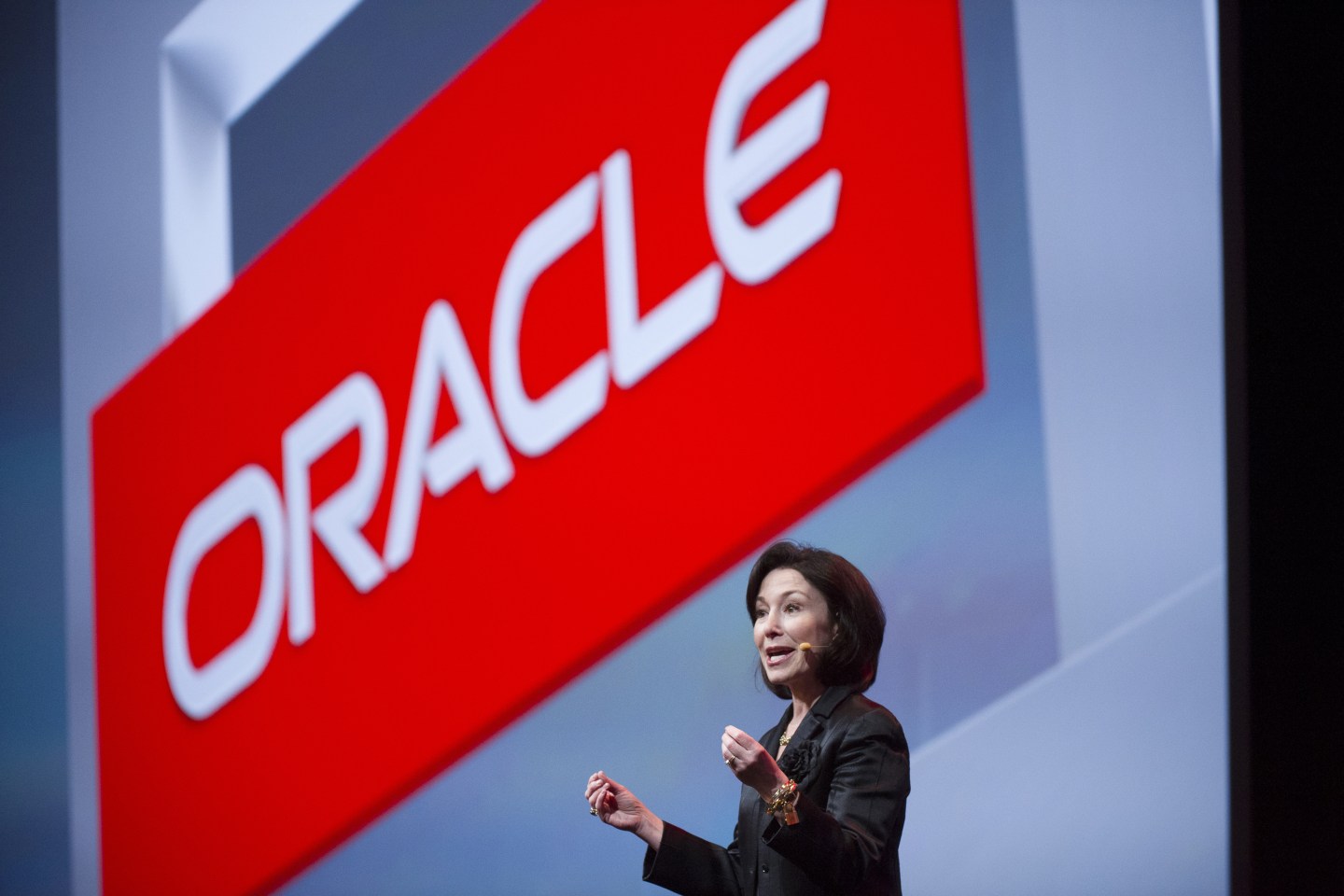 First the positive news: Oracle says total revenue from all of its cloud computing services was up 30% year over year to $652 million. And margins on at least part of that business were a healthy 43% for the quarter ending Nov. 30, says co-chief executive Safra Catz.

The not-so-great news is that this is not yet enough to offset stagnant or shrinking revenue in the other parts of its business. Revenue from sales of databases and financial applications that customers run on-premises—where Oracle (ORCL) has historically earned most of its money—were flat year over year.

Hardware revenue, a touchy spot for the company since it bought Sun Microsystems for $7.4 billion five years ago, was down 10% to $573 million. Support on that hardware contributed another $550 million, Catz said on the company’s earnings call Wednesday night.

Oracle, like IBM (IBM) and other legacy information technology companies, is navigating a tricky transition from the sale of software that companies run in-house. In that scenario customers typically pay up-front for the software itself and another 20% or 22% of that price for support. It is a highly profitable model.

In the new cloud world, companies can “rent” basic computing resources from a cloud provider. In the Amazon (AMZN) Web Services public cloud model, for example, customers typically pay by the hour for computing power and by the gigabyte for storage. In the software-as-a-service (SaaS) model pioneered by Salesforce (CRM), customers pay per user per month for their sales or marketing applications, although to be fair, Salesforce and its rivals typically want a one-year up-front payment (three years is better). So the difference between the sales of old-school on-premises software vs. the “new-world” of SaaS is narrowing. (And Salesforce is now 16-years-old, so that new world is getting long in the tooth.)

Still, most companies expect their overall cost to be less when they move to a SaaS model, and that expectation is problematic for the legacy software providers.

Another wrinkle: AWS, no longer just about basic infrastructure, has added an array of higher-end database, workflow, analytics, and other services that compete more directly with what Oracle, Microsoft(MSFT), IBM and others offer.

Currently, businesses can run Oracle databases on AWS, as long as they pay Oracle for that license. Or they can run competitive—and Amazon (AMZN) would say much cheaper—databases from Amazon itself on AWS.

And given that more big companies are putting at least some of their data and running some of their workloads in AWS, that is a looming threat to all the incumbents.

Total revenue for Oracle, which just added former Intel president Renee James to its board of directors, was unchanged year over year at $8.99 billion, missing analyst estimates of $9.06 billion, according to Bloomberg.

For more on cloud computing, check out the Fortune video below.