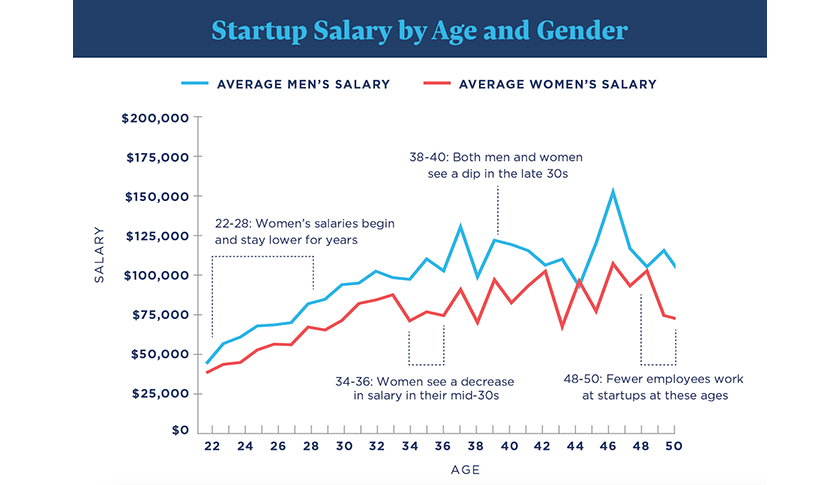 Startups are all about disrupting the status quo, right? Well, while that may be true in some ways, it’s certainly not the case when it comes to the gender pay gap.

A new analysis of data from more than 2,300 startups and small businesses finds that women who work full-time at these companies make an average of 77 cents for ever dollar earned by their male counterparts. For those keeping score at home, that’s on par with the nationwide average, which hovers around that same number.

“[The gap] is not going away by virtue of these being newer companies, run by younger people,” says Isaac Oates, CEO and founder of Justworks, which conducted the study.

Justworks, an HR platform for small businesses, also broke out the salary gap by age, finding that women consistently make less than men. The one exception—women in their mid-forties—can likely be attributed to a small sample size for that age group, says Oates, who notes that his company’s clients tend to have fewer employees in their 40s and 50s. The analysis also reveals that startups remain overwhelmingly male: Just 36% of the employees of the 2,300-some companies included in the report are women.