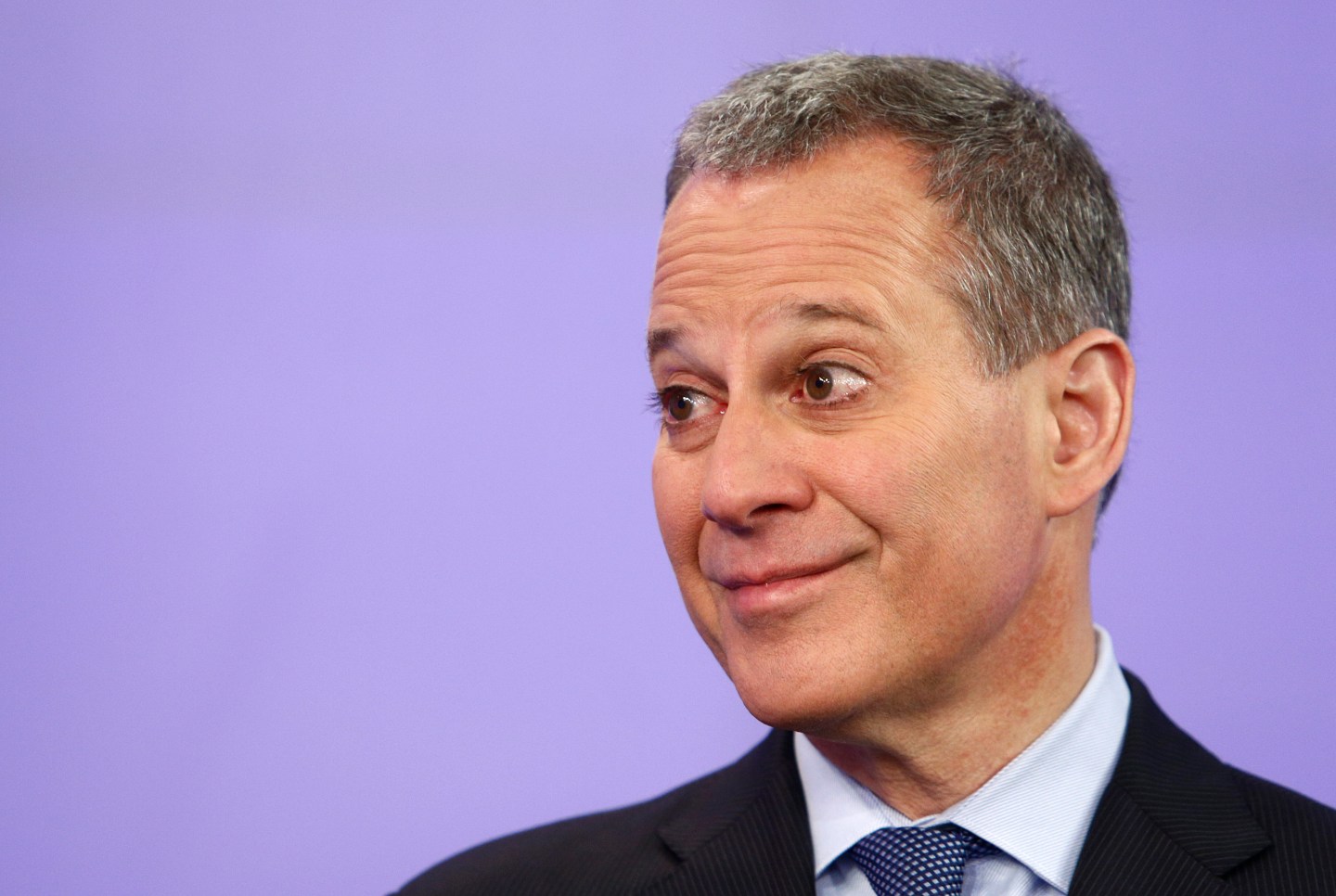 In a major blow to the daily fantasy sports industry, a New York judge has ruled in favor of a preliminary injunction that orders DraftKings and FanDuel to shut down in the state.

DraftKings made the decision not to stop until a court decision came.

The preliminary injunction orders that both DraftKings and FanDuel be “enjoined and restrained from doing business in the state of New York, including accepting entry fees, wagers, or bets from New York State consumers.”

In the notice of his decision, New York Supreme Court Justice Manuel Mendez supported the arguments made by Schneiderman at the November 25 hearing and did not appear to be sympathetic to or convinced by those of DraftKings or FanDuel attorneys. The “balancing of equities” in the case, he wrote, favor the Attorney General and the state, “due to their interest in protecting the public, particularly those with gambling addictions.”

He added that protecting the public “outweighs any potential loss of business” for DraftKings and FanDuel, the latter of which is headquartered in Manhattan.

This is very bad news for the two companies and for their customers in New York, but it is by no means the end of the legal battle. In a sense, it is the beginning. DraftKings and FanDuel will appeal—DraftKings counsel David Boies already filed a notice of entry, which signals a coming appeal—and likely ask for a stay of the preliminary injunction.

Next stop: NY Appellate Division 1st Department. DraftKings and FanDuel will both appeal ruling and ask for "stay" of injunction

The various conclusions made by Mendez are not promising for daily fantasy sports.

He dismissed many of the key arguments that DraftKings and FanDuel have used to support the idea that their games are not illegal gambling. Under New York penal law 225, a contest is illegal gambling if a player stakes “something of value” in a contest that the player does not “control or influence the outcome.” Lawyers for the defendants have insisted that daily fantasy sports players do control or influence the outcome of the contests, since they select their own lineup. But this distinction did not appear to convince Mendez.

For starters, the payment of an entry fee (in some one-on-one contests, the entry fee is as high as $10,600) “could certainly be deemed risking ‘something of value,'” he wrote. As for the balance of skill vs. chance, he wrote that, “the language of Penal Law 225.00 is broadly worded and as currently written sufficient for finding that DFS involves illegal gambling.”

Another key argument from the daily fantasy sports companies has been that the most recent piece of federal legislation about gambling, the Unlawful Internet Gambling Enforcement Act of 2006, left fantasy sports out of it, thereby making them legal. Mendez didn’t buy that, writing, “The UIGEA language exempting fantasy sports has no corresponding authority under New York State law… The exception found in UIGEA does not apply under the current New York statutory language.”

An attorney who helped draft the fantasy sports carve-out in the UIGEA, Linda Goldstein, was critical of the ruling on those grounds. “I think the court misinterpreted certain critical elements of the law,” Goldstein, an advertising and consumer protection attorney at the the firm of Manatt, Phelps & Phillips in New York, told Fortune. She pointed to the 2007 case of Humphrey vs. Viacom, when an attorney sued three fantasy sports web sites and lost. The case, “held that entry fees paid to enter fantasy games are not bets or wagers,” Goldstein says. “Those principals should apply equally to the games at issue and to the definition of gambling in New York.”

Mendez also noted in his decision that, “DFS is permitted in other states,” as if to say that the companies should take comfort in the fact that they can still operate elsewhere. But that may not always be the case: in the past few months, the state of Nevada effectively banned the two companies by declaring them gambling operators (they could operate there if they choose to apply for a gambling license), and a number of legislators and authorities in other states are currently investigating their legality. (On Thursday, the Tennessee Attorney General’s office announced its own investigation.)

Eight other states have gambling laws with similar language to New York’s, so what happens in New York could set a precedent for legality elsewhere.

DraftKings, FanDuel, and the Fantasy Sports Trade Association (which was subpoenaed in October by a U.S. Attorney in Florida) all promptly issued statements in response to the ruling.

We are disappointed with the Court’s decision, and will immediately file an emergency notice of appeal in order to preserve the status quo.

Daily Fantasy Sports contests have been played legally by New Yorkers for the past seven years and we believe this status quo should be maintained while the litigation plays out.

We will be appealing — this is only the beginning of the legal process and, perhaps more importantly, the New York legislature is already moving forward on action to ensure our game remains legal and is regulated, which we strongly support. The court specifically noted that this was not a final determination of the issue and that discovery would be needed to fully resolve the legal question, which we think should be decided in our favor when all of the evidence is in.

New Yorkers have been able to legally play our games for more than six years, and today’s preliminary decision was wrong and we expect we will ultimately be successful. A number of issues became very clear in court: first, the outcome of fantasy sports contests are determined by skill, not chance. Second, the Attorney General’s argument for season-long fantasy sports being legal does not hold water — if season-long fantasy is legal, than daily fantasy is legal, and vice-versa. The court was very concerned about this issue, but found the issue of whether the AG was failing to enforce against seasonal fantasy sports was not yet squarely before the court – but it will be. As the court itself noted, FanDuel is permitted in other states, making New York very much an outlier on the issue, as most states are moving towards sensible regulations — not bans, but the Attorney General decided he knows what is best by denying New Yorkers access to a game they have embraced and shared with friends and family for years. We remain committed to ensuring all fantasy sports are available to New Yorkers, and will work to bring our product back to sports fans around the State through our appeal and working with the legislature to enact sensible regulations for fantasy sports.

The FSTA is deeply disappointed with today’s New York lower court decision. However, we want to remind everyone that today’s ruling is not final in any way as the proceedings are just starting. In its written opinion that provides precious little analysis on the critical question, the court simply got it wrong. Fantasy sports are a game of skill.
The FSTA is also disappointed that the New York Attorney General has chosen the path of hurried litigation after years of watching daily fantasy sports thrive and entertain in New York rather than pursuing the path of common sense regulation or legislation as Massachusetts, Illinois and Florida have done. On behalf of our 312 member companies, we will continue to work with New York legislators and lawmakers to develop common sense consumer protection measures to ensure that the millions of New Yorkers who play fantasy sports regularly can continue to enjoy the games they love.

On the other side of things, Attorney General Schneiderman issued a statement as well, with a rather different tone:

We are pleased with the decision, consistent with our view that DraftKings and FanDuel are operating illegal gambling operations in clear violation of New York law. I have said from the beginning that my job is to enforce the law, and that is what happened today.

At the outset of this year’s NFL season, just before DraftKings and FanDuel became household names thanks to an onslaught of television advertisements and a damaging scandal, there were five states where DraftKings and FanDuel did not operate, either because they were expressly illegal or they stayed away because the law was clearly unfriendly: Arizona, Iowa, Louisiana, Montana and Washington. Nevada joined that list in October. For now, add New York to the list.

Daily fantasy sports are now only allowed in 43 states.

UPDATE, 4:25pm EST: A different New York judge has granted DraftKings and FanDuel an “emergency stay” of the injunction order; it means the companies can, for now, continue to operate in New York until an appellate panel reviews the injunction on January 4.