Schwarzenegger to Climate Change Deniers: “I Don’t Give a Damn” 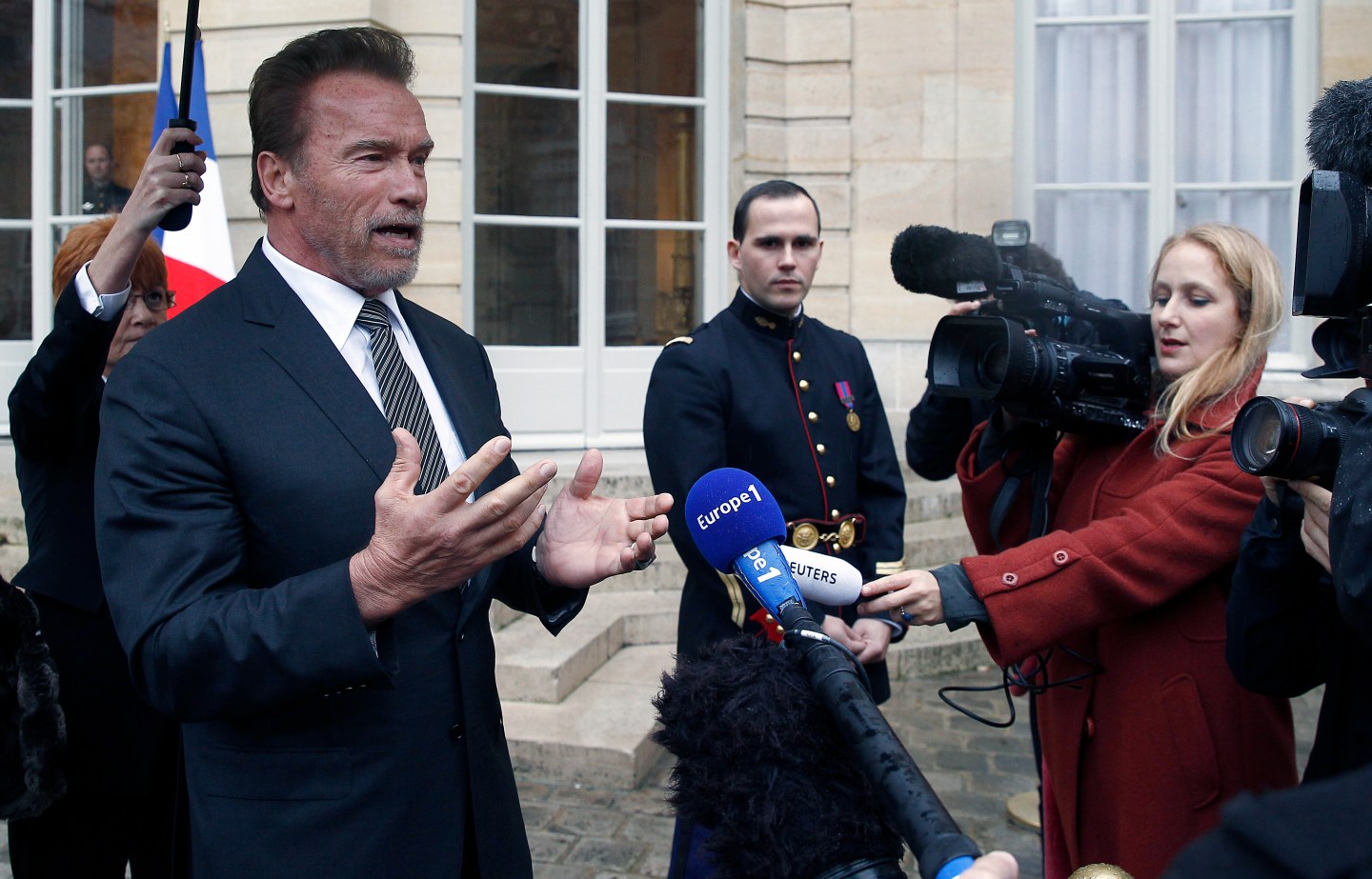 PARIS, FRANCE - DECEMBER 08: Former California governor and US actor Arnold Schwarzenegger talks to the media after a meeting with French Prime minister Manuel Valls at the Hotel Matignon on December 08, 2015 in Paris, France. Arnold Schwarzenegger is in Paris as part of the international mobilization around the COP21. (Photo by Chesnot/Getty Images)
Chesnot Getty Images

Arnold Schwarzenegger doesn’t give a damn if you believe in climate change.

In a Facebook post Monday, the former California governor and Terminator wrote a tirade in response to the comments and questions he gets from climate change skeptics— “even those of you who use four letter words.” He asked readers to put aside their doubts about climate change and consider other impacts of carbon emissions. “I don’t give a damn if you believe in climate change,” he wrote, arguing that a commitment to alternative energy doesn’t require agreeing with climate change.

“First – do you believe it is acceptable that 7 million people die every year from pollution? That’s more than murders, suicides, and car accidents – combined,” he wrote. Then, he asked readers: “Do you believe coal and oil will be the fuels of the future? Besides the fact that fossil fuels destroy our lungs, everyone agrees that eventually they will run out. What’s your plan then?” He compared those remaining committed to fossil fuels without looking for alternative energy options to investors who held onto Blockbuster shares during the rise of Netflix.

There are two doors. Behind Door Number One is a completely sealed room, with a regular, gasoline-fueled car. Behind Door Number Two is an identical, completely sealed room, with an electric car. Both engines are running full blast.
I want you to pick a door to open, and enter the room and shut the door behind you. You have to stay in the room you choose for one hour. You cannot turn off the engine. You do not get a gas mask.
I’m guessing you chose the Door Number Two, with the electric car, right? Door number one is a fatal choice – who would ever want to breathe those fumes?
This is the choice the world is making right now.

Schwarzenegger and his successor Calif. governor Jerry Brown are in Paris this week for the United Nations summit on climate change that drew the leader of almost every country in the world.