Walmart Says Outside Labor Agitators Forced It to Take Action 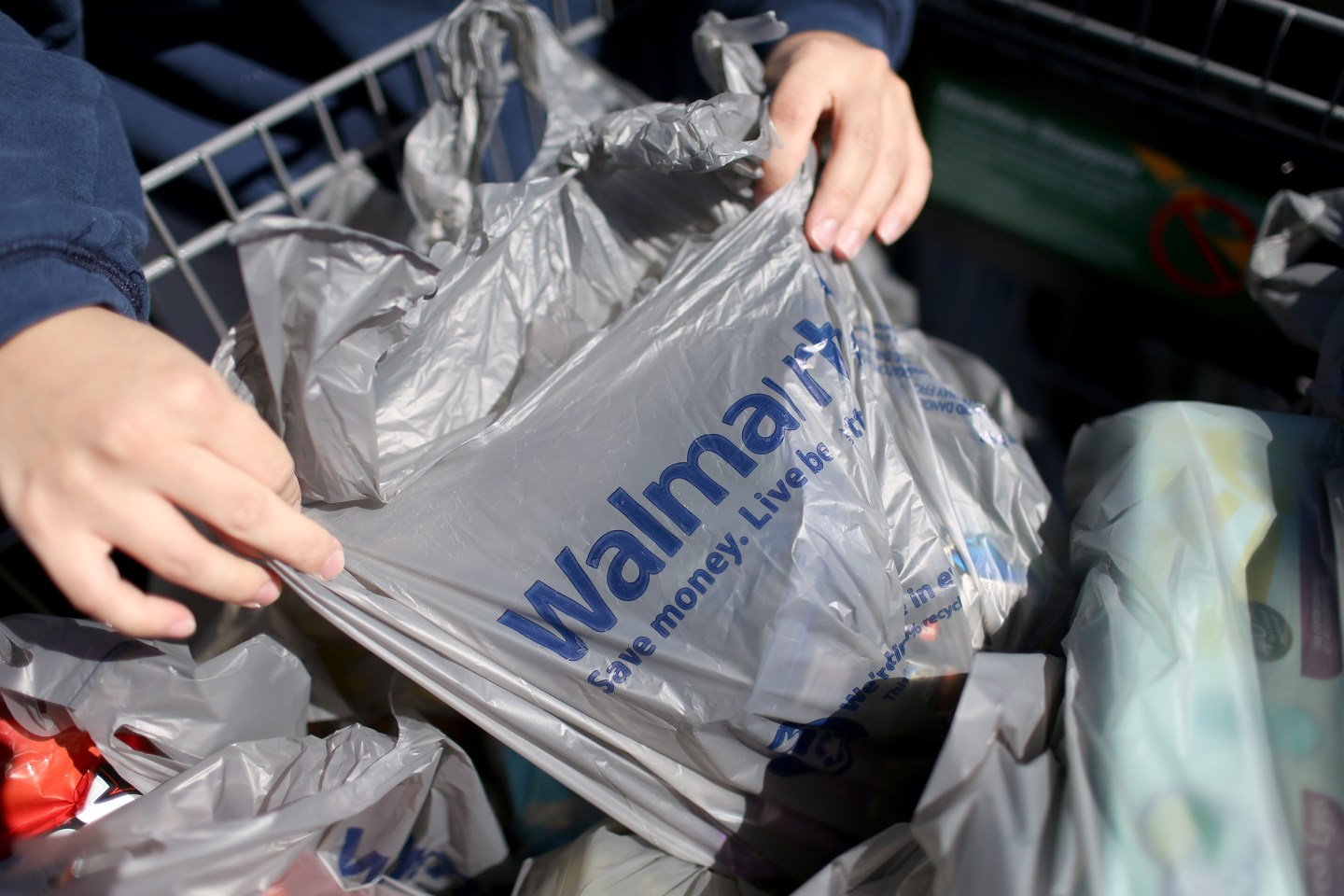 MIAMI, FL - FEBRUARY 19: A customer prepares to load her car with the purchases she made at a Walmart store on February 19, 2015 in Miami, Florida. The Walmart company announced Thursday that it will raise the wages of its store employees to $10 per hour by next February, bringing pay hikes to an estimated 500,000 workers. (Photo by Joe Raedle/Getty Images)
Photograph by oe Raedle — Getty Images

Lockheed, a major defense contractor, provided the retailer intelligence gathering for surveillance of employees to stay on top of any efforts to organize workers or disrupt business in 2012, just before planned Black Friday protests by a group called OUR Walmart, the report claims. OUR Walmart advocates for higher wages for Walmart employees, among other demands.

Though the retailer, the largest private employer in the U.S. with 1.3 million workers, didn’t address the specific allegations in the Bloomberg story, a spokesman said the company had to take steps to protect Walmart’s shoppers, workers, and its business.

“Unfortunately, there are occasions when outside groups attempt to deliberately disrupt our business and on behalf of our customers and associates we take action accordingly,” Walmart spokesman Brian Nick said in an email to Fortune.

According to the article, Lockheed’s team among other steps monitored employees’ social media feeds to keep an eye on planned protests. Bloomberg reviewed hundreds of pages worth of pages of emails, transcripts, and other documents ahead of a National Labor Relations Board hearing into allegations that Walmart retaliated against employees who protested against the retailer in June 2013.

Earlier this year, Walmart announced its lowest wage would rise to $9 in 2015 and to $10 next year. The moves were designed to reduce turnover at a time the retailer is trying to improve customer service, the cleanliness of stores and address a long-standing problem of staying in stock. OUR Walmart wants the minimum wage to rise to $15.

As reported earlier on Wednesday, OUR Walmart is planning protests this year on Black Friday.