Why Disney XD Is Driving ESports With Nintendo ‘Mario Kart’ 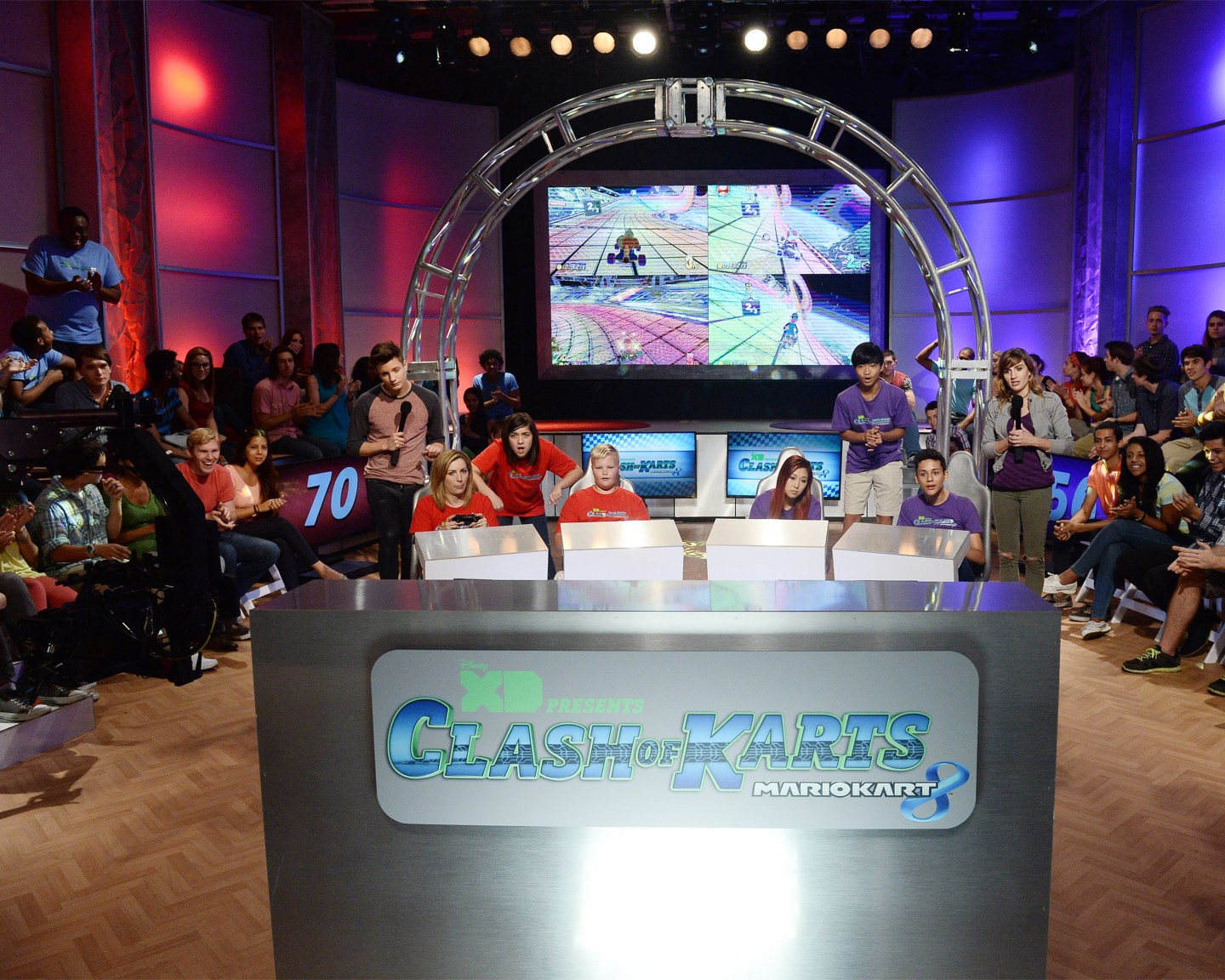 Disney XD is reteaming with Nintendo for its second original eSports TV show. “Clash of Karts: Mario Kart 8” (Dec. 5 at 8 p.m.) is a one-hour special that pits four two-person teams of kids ages 13 to 17 coached by YouTube influencers Mari Takahashi, Meghan Camarena, Seth Bling, and Andre Meadows in a Mario Kart 8 video game tournament. Alison Haislip and Matt Rife host the original eSports competition, which is played on Nintendo’s Wii U console in front of a live audience of about 50 kids.

On Oct. 16, Disney XD aired a one-hour special based on the Nintendo World Championships 2015, which was taped at the Nokia Theater in Los Angeles on June 14 before the E3 trade show. The revival of one of the earliest eSports events, which debuted in 1990, featured 16 gamers competing across a series of five games: Super Metroid for the Super NES, Splatoon, Super Smash Bros., Mario Kart 8, and Super Mario Maker for the Wii U.

Marc Buhaj, senior vice president of programming and general manager of Disney XD, says the special had “good bones,” with the audience staying tuned in throughout the hour. And that opened the door for more exploration into eSports.

“Our first experiment earlier in the year was a formal event that was like a decathlon of eSports,” Buhaj says. “We wanted to focus on a single game with this special and have a more intimate event.”

Disney XD stuck with Nintendo’s popular Mario Kart 8 game because Buhaj says the franchise is cross-generational and offers exciting and quick races that require a lot of skill. It’s also a game that doesn’t take itself too seriously, which offers a comedy element to the drama of eSports.

“ESports is something that’s blossoming, but it’s still early days,” Buhaj says. “How it’ll be covered for the kids’ audience is still something that remains to be seen.”

In addition to these first two eSports specials, Disney XD has just renewed its live-action comedy series, “Gamer’s Guide to Pretty Much Everything,” for a second season. The show focuses on a pro gamer named Conor whose thumb injury forces him to return to school, where he starts a gaming league. The second season will dive into eSports as Conor’s school team vies for a global championship. According to Nielsen, the show is the network’s No.2 live-action original series of all time across boys 2 to 11 and 6 to 11.

“As we look at gaming and participate in it, we want to do it in an authentic way,” Buhaj says. “We want to do projects that have street cred and that’s covered by folks who have earned their stripes in the gaming space. We don’t want it to be a knee-jerk reaction.”

Buhaj has been playing video games his entire life, and he’s seen firsthand the rise of let’s play YouTube videos and the explosion of professional video gaming.

“With eSports we’re seeing the growth of a new business,” Buhaj says. “We need to make sure that our game shows are appropriate to the folks watching. If we see a gaming opportunity that pops up, we’ll look at it.”

According to research firm Newzoo, there are 226 million eSports fans around the globe today and that number will increase to 323 million by 2018.

“The coverage opportunities around gaming grow every day,” Buhaj says. “The big thing for us is there is real storytelling in this. Whether it’s eSports or through a traditional pipeline like ‘Gamer’s Guide,’ the goal is to pull out the narrative that’s happening.”

Buhaj sees eSports evolving, as well as the way Disney XD covers these events from a television point of view either live or as a packaged event.

“There’s a real nice sense of camaraderie in the gaming community and it’s important to acknowledge that,” Buhaj says. “It’s not just about chasing gaming because that’s where kids are. It’s about being authentic.”

For more on what Nintendo has been up to, watch this Fortune video: