Why ArenaNet Is Investing in ESports 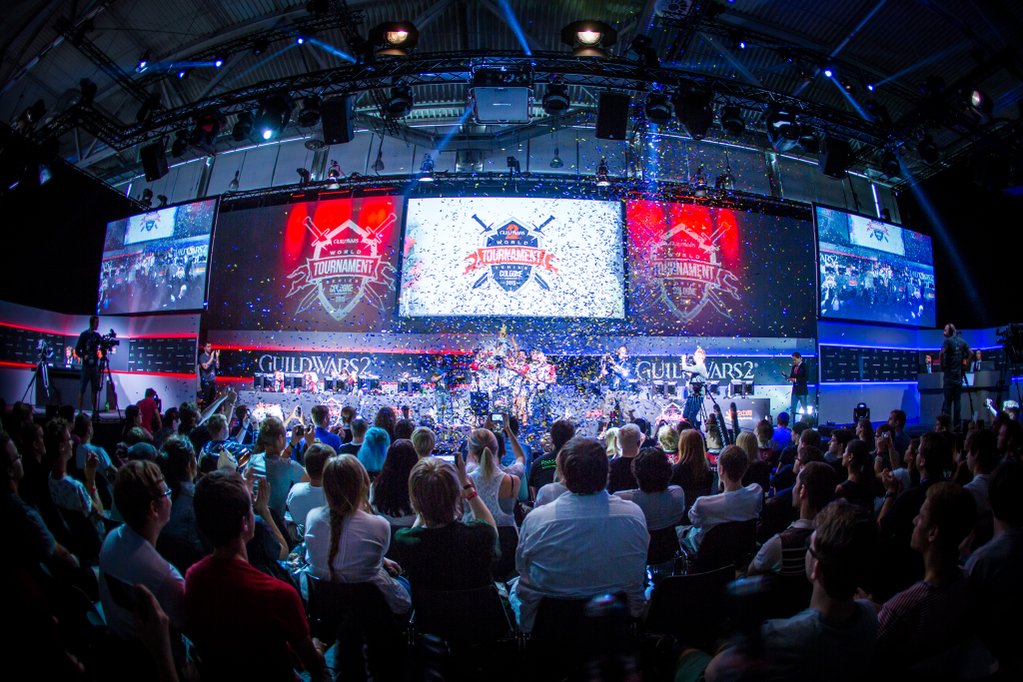 NCSoft-owned game developer ArenaNet originally launched its massively multiplayer online (MMO) game, Guild Wars 2, in August 2012 as a $40 game without a monthly subscription fee. After selling 5 million copies worldwide, this August the company made the core online game free to play in an effort to grow its global audience. That strategic decision, which added another 2 million players, was designed to help grow the fan base for the inaugural Guild Wars 2 Pro League Season 1, which launches Dec. 1.

“We have been building our competitive community step by step,” says Steve Fowler, head of global marketing at ArenaNet. “We believe fans will want to see Guild Wars 2 played on the biggest possible stages, and they could help propel us into the very top echelons of what we see with other MMO eSports scenes.”

After 13 months of testing Guild Wars 2 PvP (player vs. player) through events—including a World Tournament Series that spanned Beijing, Boston, Cologne, and Seattle—ArenaNet teamed up with ESL to run two global ESL Pro League seasons. The first one runs December through February and the second one will run in spring 2016. Sixteen teams will be vying for $200,000 in cash prizes each season. And the winners of these first two seasons will compete in a separate Super Bowl-style event in late 2016 for a separate large, but undisclosed, prize pool.

Fowler believes that these initial prize pools will entice pro gamers in other games to compete in Guild Wars 2’s eSports. He was among a small team from ArenaNet that attended the Intel Extreme Masters (IEM) event in San Jose this past weekend to meet with pro teams and players from other eSports titles.

“There’s real money it for them now,” Fowler says. “We’ve developed two mechanisms in the game that give new players a path to becoming pro. On Dec. 1 we’re going live with an in-game league system for non-pros to train and move up the ranks. It’s a two-part system: They start in a league called PvP Leagues (entry level—think farm system) and can rank up into the Guild Challenger League (our minor leagues).”

Top teams from this minor league will then have a shot at entering ESL Pro League Season 2 in the spring. That’s when the two lowest ranking teams from Season 1 will drop out of the competition and be replaced with the top two teams from the Guild Challenger League. Fowler says this system is similar to how English Premier League soccer determines playoff teams.

Ralf Reichert, managing director of ESL, says Guild Wars 2 performed great during the experimental tournaments stage in terms of both participation and the game dramatically improving in viewership.

John Corpening, associate game director at ArenaNet, says the Guild Wars 2 eSports scene has grown from a grassroots community all the way up to a major international event in the World Tournament Series.

“Guild Wars 2 is already well-suited to welcome free players,” Corpening says. “Unlike most other online games, there is no grind for gear and stats, and there is nothing to buy to be competitive. When you log into PvP you have max stats and everything you need to be competitive right away. There is basically no barrier to entry, which means that anyone who watches a match, hears about us, or has it recommended by a friend can try it out immediately.”

Peter Warman, CEO of research firm Newzoo, says Guild Wars 2 has the potential to broaden the overall eSports market because it offers something new that’s not a first-person shooter or multiplayer online battle arena (MOBA) game. He says ArenaNet can attract new MMO fans to eSports, something Blizzard Entertainment has failed to do with World of Warcraft eSports.

As eSports becomes a staple in the games industry as a way to reach new audiences and extend the existing experience, a lot of games have recently entered the realm of competitive gaming.
“Guild Wars 2 has proven pretty resilient historically, with about 1.5 million monthly actives,” SuperData Research CEO Joost van Dreunen says. “Since it switched to free-to-play in late August, Guild Wars 2’s monthly active user base has doubled to 3.1 million (October 2015). By entering the ESL Pro League, ArenaNet is leveraging its player-versus-player style game play, and is trying to offer a broader experience.”
Warman says Guild Wars 2 has remained a Top 20 game streamed on Twitch with spikes around big announcements like the recent Heart of Thorns expansion.
More broadly, van Dreunen says ArenaNet’s parent company, NCSoft, is a dominant force in Korea, but not so in Western markets. The global eSports audience could help solve that problem.