Oil Prices Could Drop to $20 a Barrel Next Year 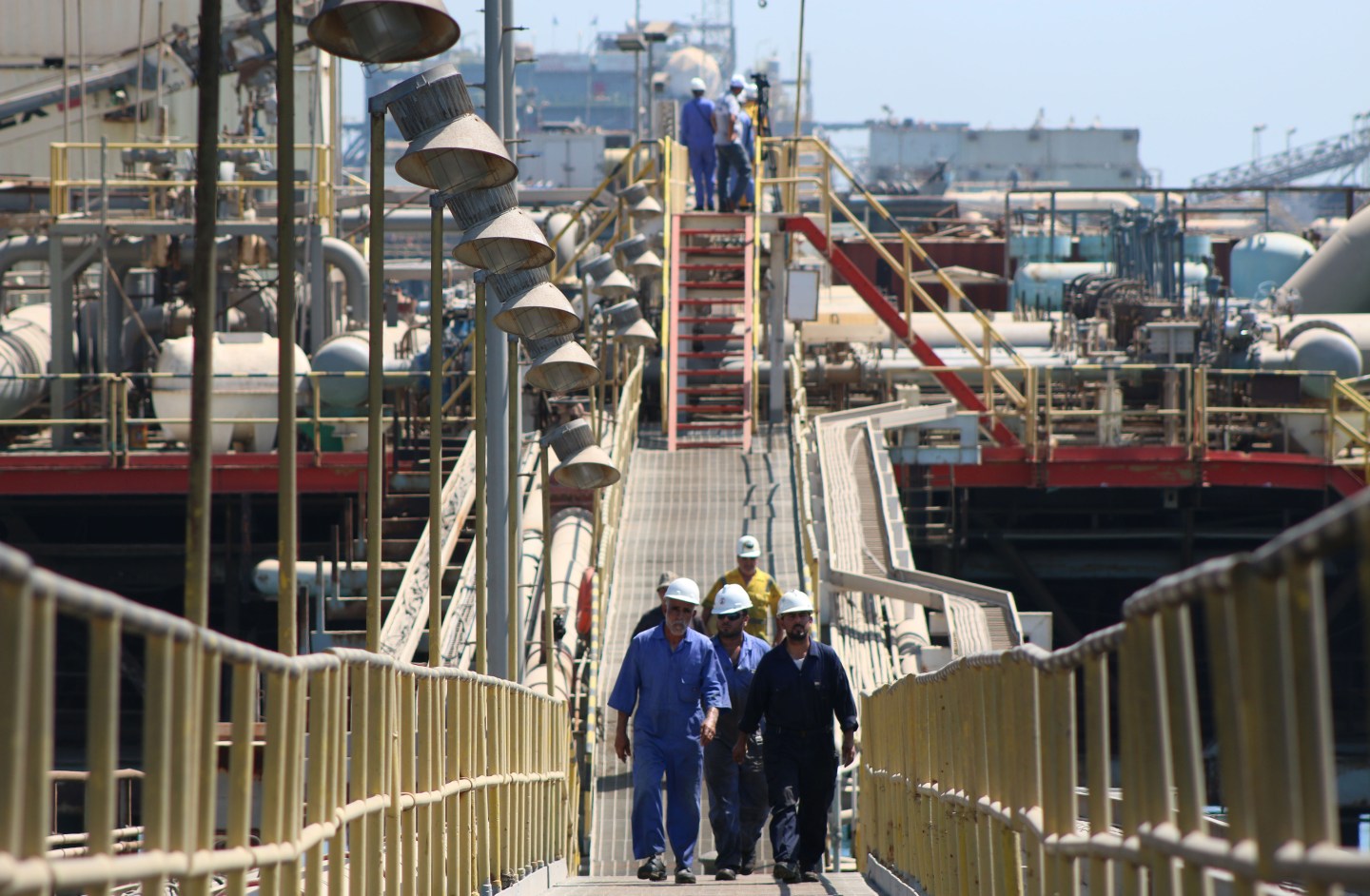 Iraqi labourers walk past an oil tanker docked at a floating platform on September 21, 2014, offshore from the southern Iraqi port city of Al Faw, 90 kilometres south of Basra. An OPEC report on September 10, 2014 said that demand for oil would grow by 1.05 million barrels per day in 2014 to 91.2 million in 2015, trimming 50,000 barrels from the previous outlook. Demand in 2015 is expected to grow 1.19 million barrels per day, 20,000 barrels a day fewer than before, the cartel said. AFP PHOTO/ HAIDAR MOHAMMED ALI (Photo credit should read HAIDAR MOHAMMED ALI/AFP/Getty Images)
Photograph by Haidar Mohammed Ali — AFP/Getty Images

Oil prices could drop to as low as $20 per barrel next year, according to both an Organization of Petroleum Exporting Countries (OPEC) minister and a Goldman Sachs analyst.

Venezuelan Oil Minister Eulogio del Pino said that OPEC could not enter a price war and needed to find a way to stabilize the oil market. “OPEC has to do something very soon … We don’t agree with the position that says the market some way is going to dictate the price of crude oil. We don’t agree with that position of Saudi Arabia,” del Pino said on the sidelines of the Gas Exporting Countries Forum (GECF) Summit in Tehran on Sunday, as reported by Reuters.

In June, OPEC chose to keep its production targets at 30 million barrels a day in an effort to maintain market share and in response to the shale boom in the U.S. With Iran set to announce its production targets after sanctions are lifted, del Pino said the current market is “destroying the price of crude oil.” When asked how low it could go next year with no change in OPEC’s policy, del Pino’s response was: “Mid-20s.”

This echoes a report released by Goldman Sachs in September cautioning that oil prices could fall near the $20-per-barrel mark if OPEC production levels persist. “The oil market is even more oversupplied than we had expected and we now forecast this surplus to persist in 2016 on further OPEC production growth, resilient non-OPEC supply and slowing demand growth,” the report stated.

Goldman Sachs analyst Michele Della Vigna repeated this on BBC Radio 4’s Today show Monday, saying it could fall to that price level because of a shortage of storage facilities. However, he emphasized that there was probably a 15% probability that it would happen, and that it would only present a temporary “shock to the system” before the market stabilized.

Oil prices rallied briefly after Saudi Arabia said in a statement Monday that the kingdom was willing to work with other oil-producing countries to stabilize prices. U.S. West Texas Intermediate (WTI) crude futures touched a session-high of $42.75 following that statement, before dropping to its current price of $40.41. Benchmark January Brent futures hit an intraday high of $45.73, before also dropping to $45.51.

The next OPEC meeting will take place in Vienna on Dec. 4.