Americans Are More Obese Than Ever 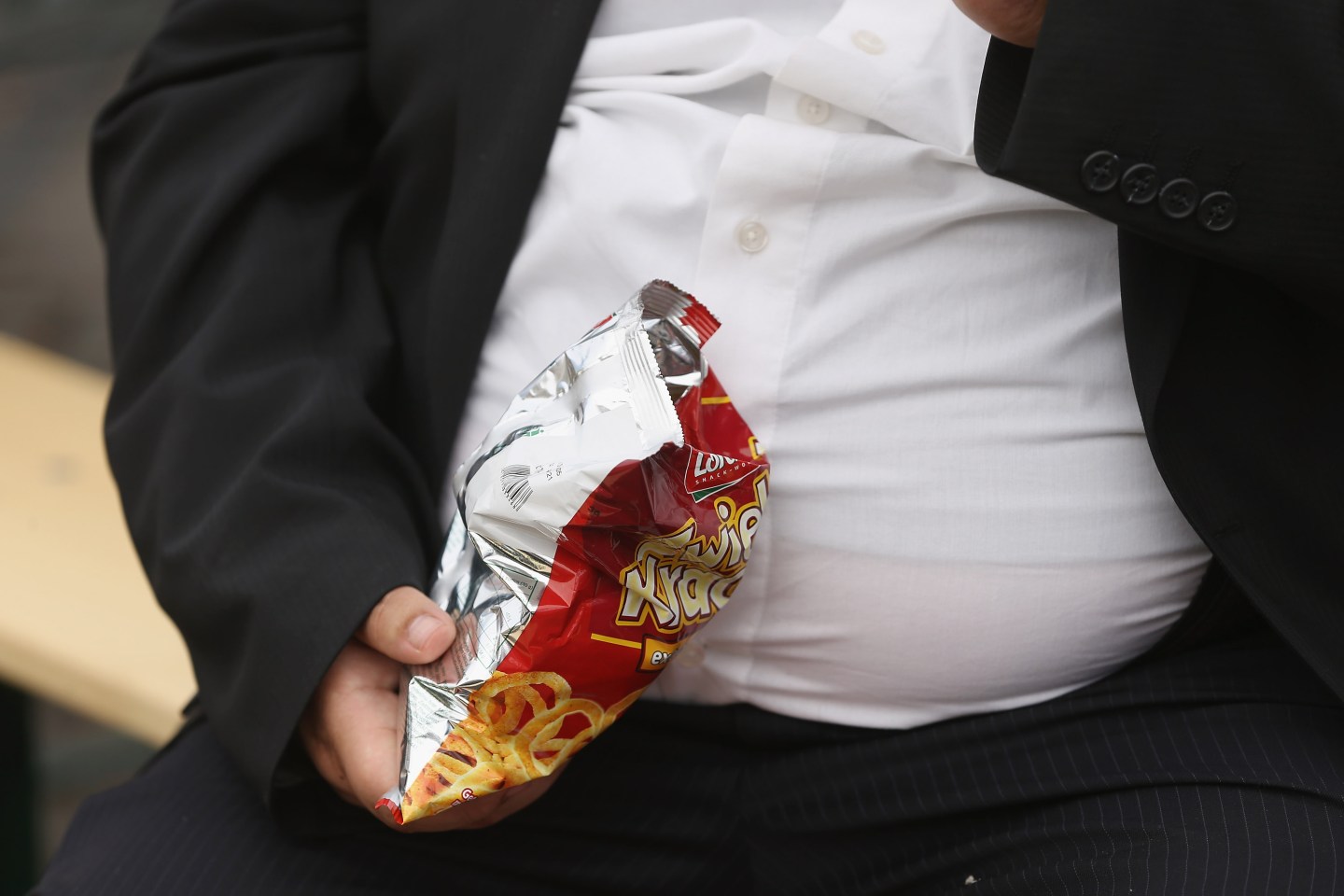 LEIPZIG, GERMANY - MAY 23: A man with a large belly eats junk food on May 23, 2013 in Leipzig, Germany. According to statistics a majority of Germans are overweight and are comparatively heavier than people in most other countries in Europe. (Photo by Sean Gallup/Getty Images)
Photograph by Sean Gallup—Getty Images

Americans are drinking less full-calorie soda, shunning trans fat, and eating fewer calories overall than a decade ago. But, according to new data from the Centers for Disease Control’s National Health and Nutrition Examination Survey, none of it seems to be making a difference.

Despite the seemingly positive turn in Americans’ diets—a shift whose main cheerleader has been First Lady Michelle Obama—the U.S. obesity rate in 2013-2014 rose slightly to 38 percent from the previous two years’ rate of 35 percent.

The survey researchers say that the 3 percentage point increase is not statistically significant. But for public health officials, the obesity rate’s stubborn resistance to Americans’ shift toward health-consciousness is significantly disheartening. “Everybody was hoping that with the decline in sugar and soda consumption, that we’d start seeing a leveling off of adult obesity,” New York University professor Marion Nestle, who teaches nutrition, food studies and public health, told The New York Times.

Instead, the American obesity rate has increased by almost 8 percentage points since the 1999-2000 CDC report. In about that time, American diets have changed considerably. Since the 1990s, Americans are drinking 25 percent less full-calorie soda. And one USDA report showed that Americans were eating 118 calories a day fewer in 2009-2010 than four years before. That shift bears out in the quarterly earnings of companies that sell food considered unhealthy: McDonald’s, Kraft, Coca-Cola and their peers have all grappled with how to win back health-conscious customers in recent years.

Obesity rates are significantly different between demographics: while 57 percent of non-Hispanic black women are obese, 36 percent of white women are. And middle-aged and older adults tend to be obese more frequently than younger adults.

There’s one bright spot in the new numbers: children’s obesity rates have remained flat since 2003-2004 at about 17 percent.