Why Apple Is Grabbing Huge Parcels of Land in Silicon Valley 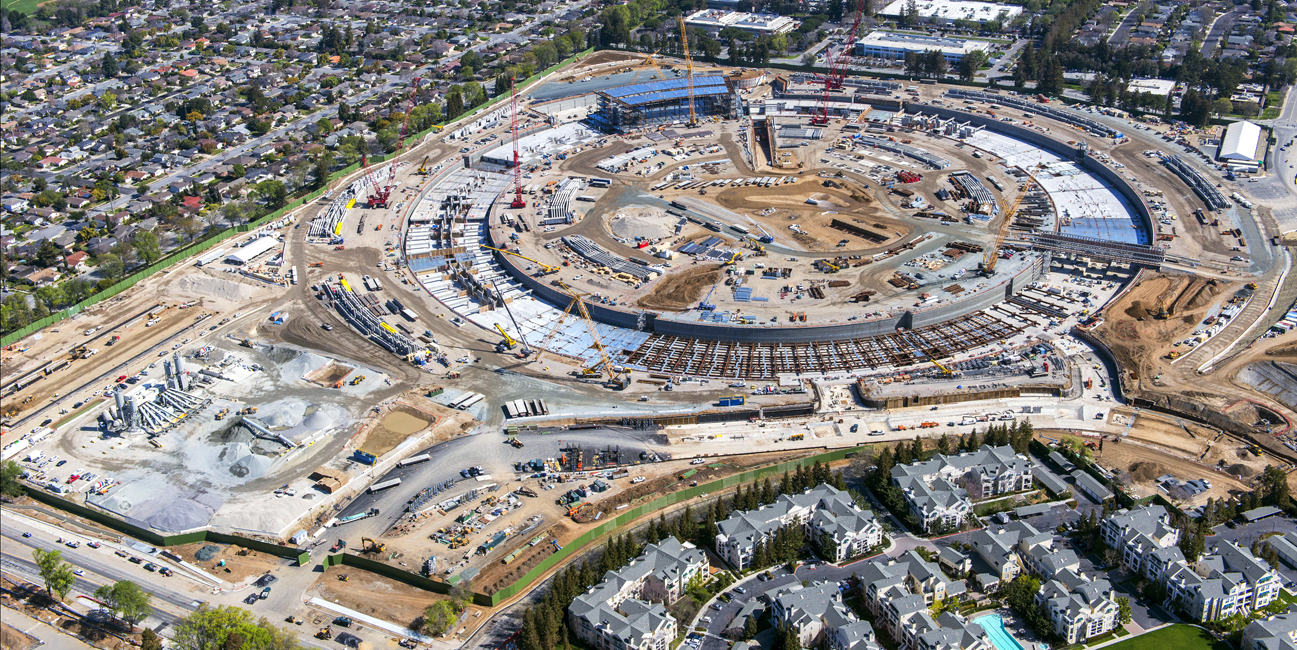 The conventional wisdom on Wall Street is that Apple’s days as a high-flying growth company are over. It doesn’t look that way on the ground.

According to the Silicon Valley Business Journal, the company is working on a land deal that would let it build up to 4.15 million square feet of office space in north San Jose—more room for cubicles than the famous “spaceship” headquarters still under construction two miles south in Cupertino.

The report follows a series of high-profile leases and sales in the area. This development deal is particularly significant, according to the Journal‘s Nathan Donato-Weinstein, because it shows that Apple is working swiftly—and not piecemeal—to build on the site.

“I’m pretty obsessed with it,” says Donato-Weinstein, who covers Silicon Valley real estate for the Journal. “They’re buying the land (rather than leasing it), and developing it on their own. Usually when companies buy land, it means it’s really important to them.”

Other signs of rapid growth appeared in the annual report the company filed last week with the SEC. In a note to clients Monday, Morgan Stanley’s Katy Huberty pointed out that Apple’s projected capital expenditures—almost flat last year—are up 34% in fiscal 2016. Similarly, the company’s off balance sheet commitments—for things like components, tooling and equipment—are projected to rise 32% year over year.

“We’re proud to call the Bay Area home,” an Apple spokesperson told Fortune. “We now have more than 25,000 Apple employees locally and once Apple Campus 2 is completed, Apple is expected to support over 41,000 jobs in the area. We want to make a positive impact on every community where we operate and we look forward to doing even more as we continue to grow here.”

Check out the latest flyover of Apple Campus 2: