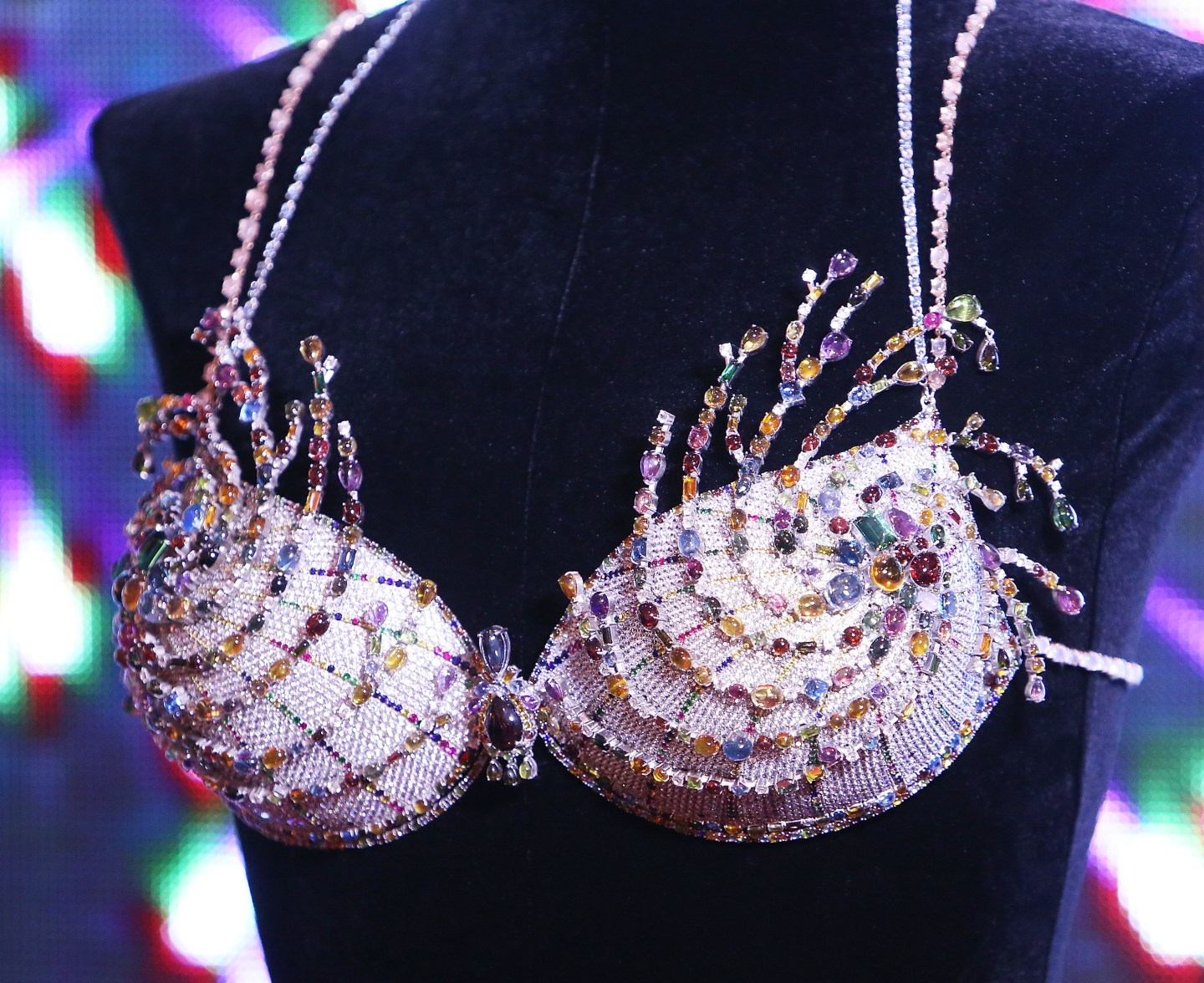 The bejeweled lingerie was designed by multinational jewelry company Mouawad. Sapphires, diamonds, and blue topaz make up just a few of the 6,500 precious gems that are encased in 18-karat gold. The bra will be featured at the annual Victoria’s Secret Fashion Show, which will take place in New York City on November 10, and air on CBS on December 8.

The L Brands-owned company features a Fantasy Bra every year during its highly popular runway show. Last year, there were two, both worth $2 million. This year’s Fantasy Bra will be worn by Victoria’s Secret Angel Lily Aldridge.

For those of you who can’t afford to drop $2 million on a piece of lingerie, this one was inspired by the brand’s “Sexy Flirt” bra, which will be available in stores and online starting November 11 and have a much more reasonable price tag.