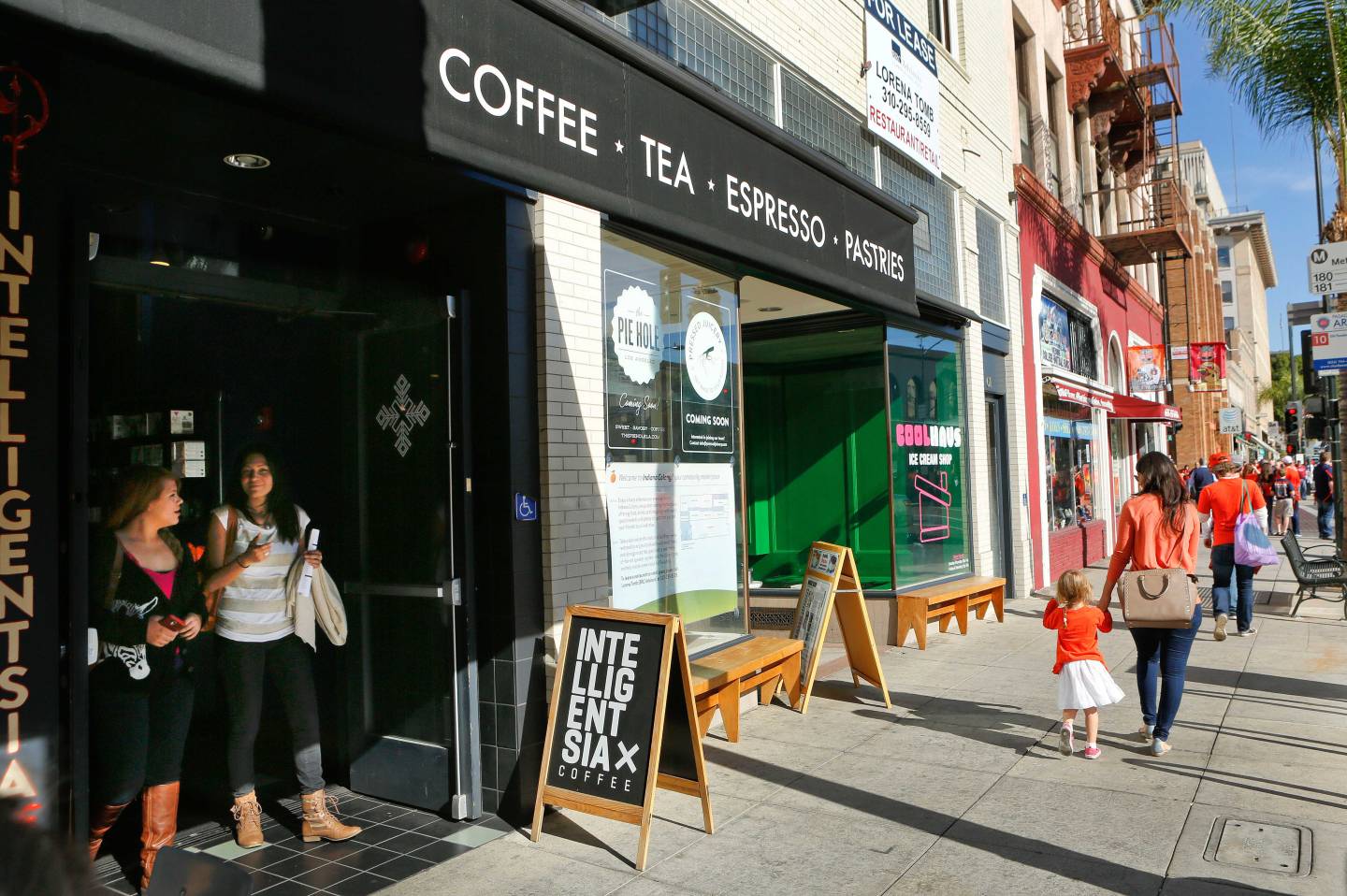 People leave Intelligentsia Coffee House as pedestrians walk along the sidewalk on Colorado Blvd.in Pasadena on January 6, 2014. Pasadena is considering plans to narrow portions of Colorado Blvd. by as much as two lanes and use that space to widen sidewalks and create small parks with seating and greenery. (Photo by Mel Melcon/Los Angeles Times via Getty Images)
Photograph by Mel Melcon — LA Times via Getty Images

Peet’s Coffee & Tea has bought a majority stake in Intelligentsia Coffee, adding to a buying spree by Peet’s as it looks to capitalize on rising consumer interest in fancy coffees and teas.

“As the super premium coffee category further explodes and fragments due to more consumers (18-34-year-olds) demanding variety and highly specialized coffee experiences, it’s important that we offer differentiated craft coffee brands with unique propositions and appeal,” said Dave Burwick, president and CEO of Peet’s in a prepared statement on Friday.

Peet’s has been particularly aggressive in acquiring smaller peers lately. Last year it joined forces with a venture-capital firm to buy Mighty Leaf Tea, giving Peet’s a stronger presence in the premium tea industry. And earlier this month, Peet’s Coffee & Tea bought Stumptown Coffee Roasters. Peet’s said it planned to keep Stumptown – which has helped popularize the ready-to-drink cold brew craze in the United States – as a separate brand and thus retail the Stumptown name across its cafes, wholesale and grocery channels.

The Intelligentsia acquisition is similar to Stumptown in that Peet’s intends to continue to operate the brand independently. Intelligentsia’s co-founders are also planning to stay actively involved in the business, which Peet’s is planning to grow. Intelligentsia is still fairly small, with retail locations in just three cities: Chicago, Los Angeles and New York.

There has been a wave of consolidation across the coffee and tea industry, including a blockbuster $11.4 billion acquisition of Tim Horton by Burger King Worldwide (BKW) in 2014 and Starbucks’ (SBUX) $620 million purchase of Teavana two years earlier. Caribou Coffee Company was also bought out in 2012, selling for about $340 million. This year has seen more deals, though often for smaller brands within the category.

Peet’s, which is privately held, claims it has “tripled its growth rate over the past few years,” bolstered by retail expansion in Chicago, D.C. and other markets, as well as acquisitions and strong growth of its K-Cup products.