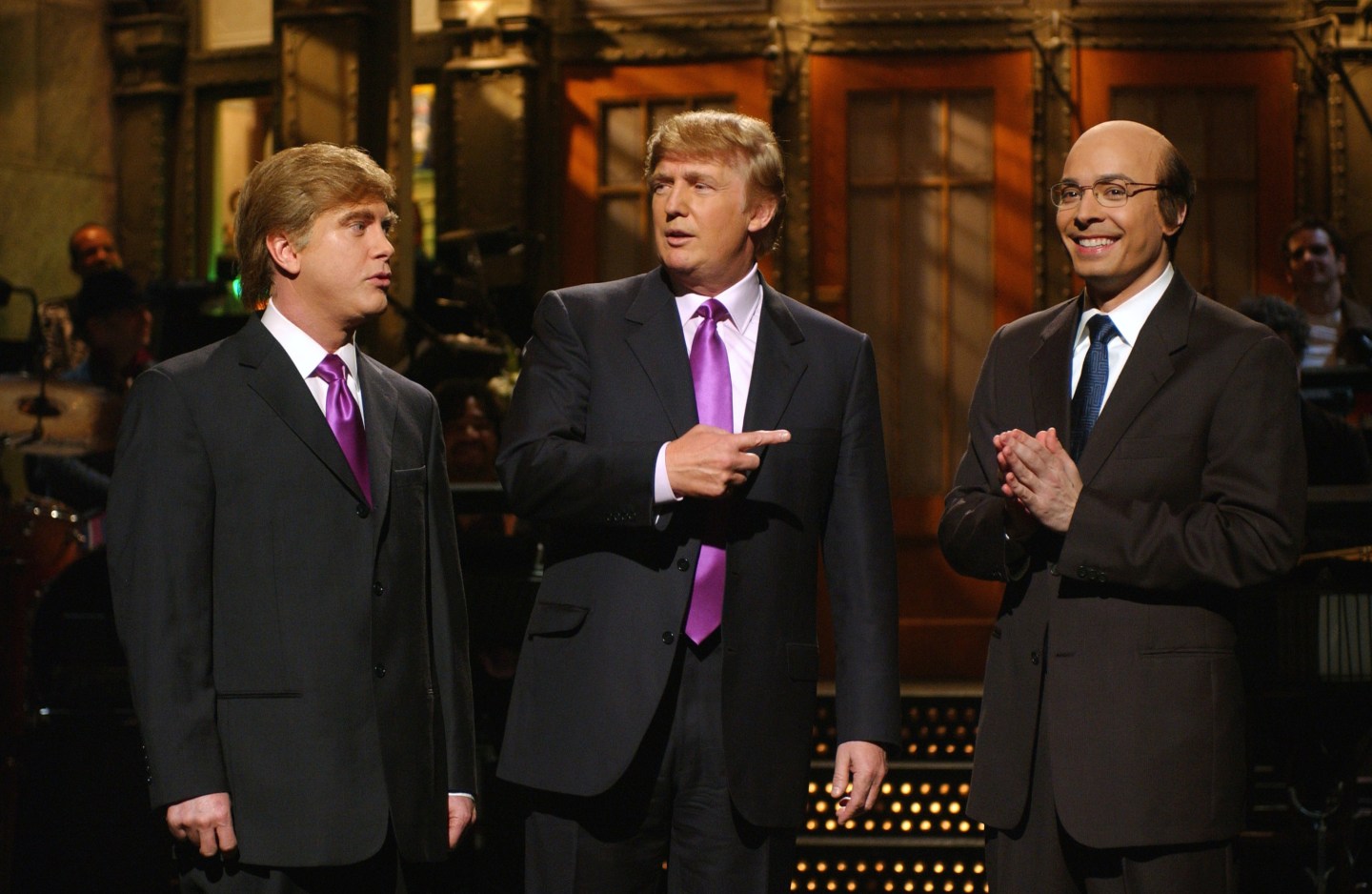 Donald Trump, the one-time favorite for the Republican presidential nomination — he’s been ousted from the top of the polls nationally by Ben Carson, though he’s still right there in the thick of it — will host Saturday Night Live on November 7. The decision was made much to the delight of political journalists everywhere and much to the chagrin of Latino and immigrant activists, who don’t want the sketch comedy program to give a platform to Trump, who has made disparaging comments about immigrants throughout his campaign.

This isn’t the first time Trump has headed to Studio 8-H at 30 Rock, though. He hosted in 2004, during the first season of his hit reality show “The Apprentice.”

He then calls out SNL veteran Darrel Hammond in full Trump-get up, claiming that the faux-Trump is on-call just in case the real Trump can’t make it to an episode of The Apprentice. And in case you forgot it was 2004, there’s even a Queer Eye for the Straight Guy reference.

There’s also a sketch where Trump and his two sidekicks on The Apprentice have band practice in the boardroom instead of deciding who is going to be fired.

And here’s a video of Trump appearing on a fake version of “Regis and Kathy:”

All-in-all, Trump appeared comfortable enough, but I don’t think anyone came away thinking that Trump should get into scripted acting. Most of the bits involved him playing a fictional version of himself — and considering Trump’s entire persona is basically a character, that’s not really much of a stretch.

We’ll see next month if Trump’s acting skills have improved.