Coal power is on the way out—divestment or not 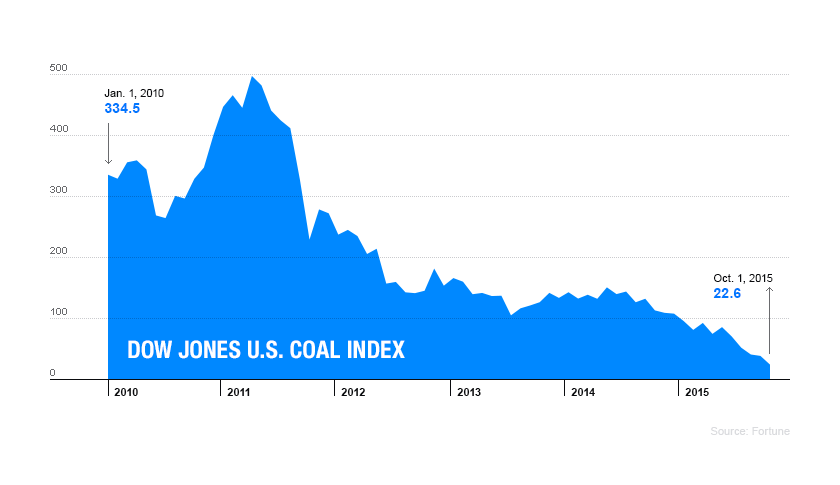 In the latest salvo in the war against coal, California passed a bill in September requiring state pension funds to sell their coal stocks. Soon after, New York City Mayor Bill de Blasio called for the city’s five pension funds to do the same. Consider a dead horse beaten.

Market forces have already savaged the U.S. coal industry. Cheap natural gas, which emits roughly half the carbon of coal, has become a favorite of utilities in the U.S.  The amount of electricity produced from coal has declined from 50% in 2005 to 36% today. As a result, the Dow Jones U.S. Coal index has fallen 93% during the past five years, compared with a 75% rise in the S&P 500.

Once again Wall Street has stayed one step ahead of the politicians.