Apple Q4 earnings: Why are all the analysts talking about Christmas? 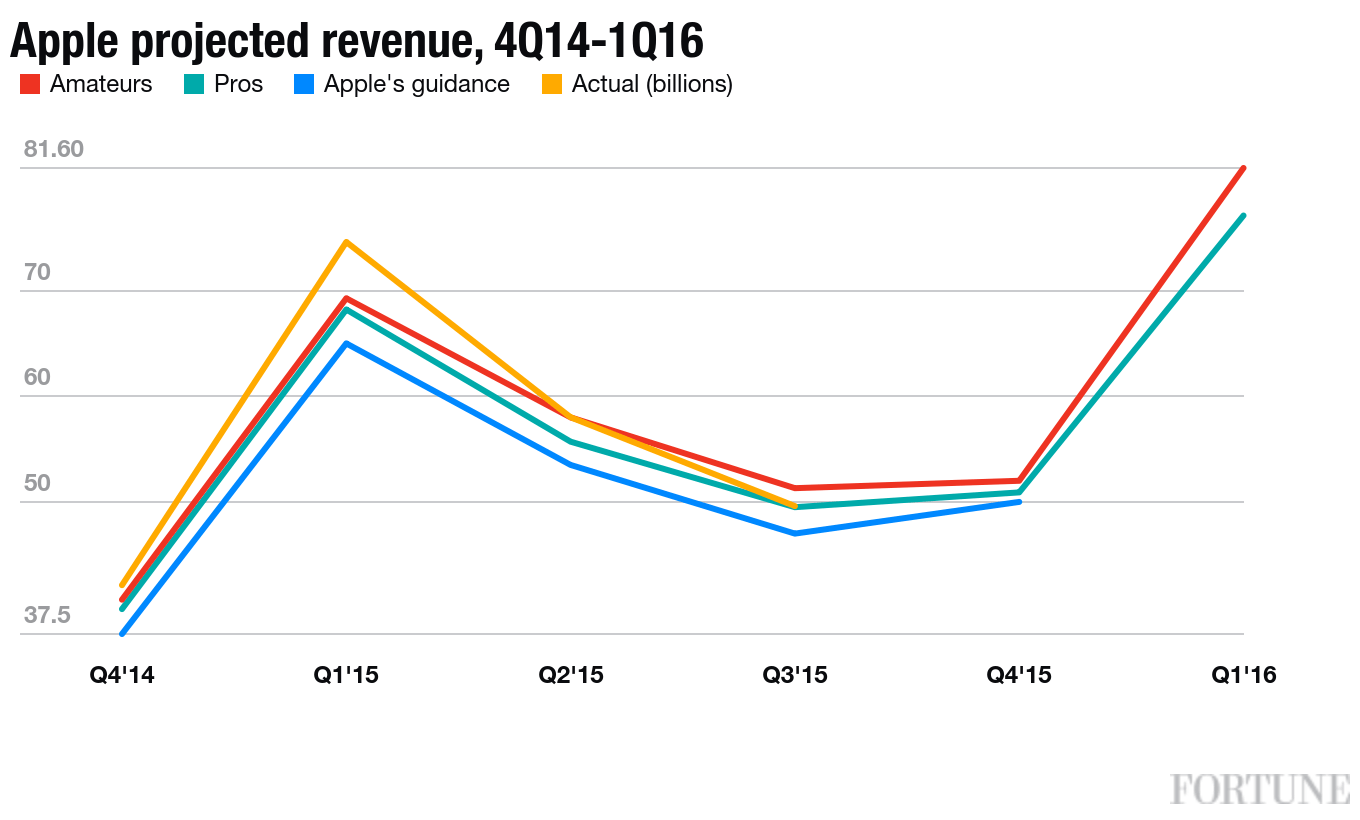 It’s been big week for tech earnings. Google, Microsoft, and Amazon each reported their results yesterday—you can read Fortune coverage here, here, and here—and Apple’s are due out on Tuesday.

Meanwhile, an argument has broken out among the Apple analysts. It’s perhaps best captured a pair of notes two of them sent to their respective clients Thursday:

“Investors have gotten spooked by various negative tidbits out of Apple’s supply-chain but we find that ironic since our own inputs make us believe that vs. weakness virtually everywhere else, Apple rather remains about the only strong supply-chain out there these days…” —Sterne Agee’s Rob Cihra

“While we don’t necessarily think we’re in a better position than others to gauge iPhone sell-through, we nonetheless have to acknowledge that the available data suggests initial [iPhone] sales don’t appear to be as strong as we had hoped… “—Susquehanna’s Christopher Caso

Here’s the twist: These guys aren’t talking about Tuesday’s earnings. They’re arguing about results we won’t get until next January.

As far as Wall Street is concerned, Apple’s most recent quarter is pretty much baked in. Investors expect the company to report earnings of about $1.88 on sales of about $51 billion, and there’s not much air between the high and low estimates. We’ll post the individual analysts’ numbers over the weekend and, as usual, hold their feet to the fire after the results come in.

But what matters to investors, and what’s more likely to move the stock next week, is this quarter, the one that ends the day after Christmas.

Last year at this time, Apple was busy racking up sales of $74.6 billion in what turned out to be the most profitable quarter in the history of capitalism. Will they beat that record this year? And if they do, by how much?

The consensus among the analysts Fortune polled—21 professionals and 11 amateurs—is that they will, but not my much. On average, they’re expecting Apple’s Q1 revenue to come in at roughly $78.5 billion, up about 5.2% year over year.

Their estimates, however, are all over the lot, ranging from a low $70.8 billion to a high of $88.36 billion. The amateurs, as usual, are more bullish than the pros, but it’s been some time since we’ve seen a spread as wide as the amateurs’ average estimate ($81.6 billion) and the pros’ ($77.1 billion). See chart.

We’ll get a better sense of who is closer to the mark when Apple offers its Christmas quarter guidance next Tuesday. We’ll be monitoring the earnings results, and you can too. The conference call with analysts will be webcast live starting at 5 p.m. ET (2 p.m. PT). Click here to tune in.