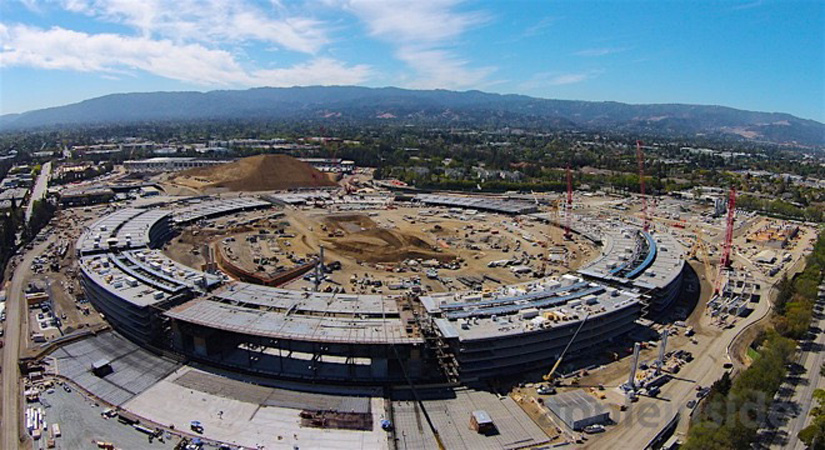 In the YouTube video posted Saturday by AppleInsider‘s Daniel Eran Dilger, it’s easy to see how far things have come in the past 12 months at the world’s most closely watched construction site.

Dozens of these drone videos have been posted, but Dilger’s includes a warning I’ve never read before.

“Note: Readers should be aware that Apple’s Campus 2 site is extremely hazardous to photograph using an aerial drone, in part because the site is so large it is nearly impossible to fly over even one quarter of the site within constant visual or radio contact using consumer drone, and in part because the site is partially within an FAA restricted zone because of the nearby San Jose International Airport. There is constant low flying aircraft traffic over the site. We strongly encourage inexperienced aerial drone pilots not to attempt to fly in or around the site.”

Who knew there was a price to be paid just for watching this $5 billion project get built?