How this med school is using virtual reality to teach students 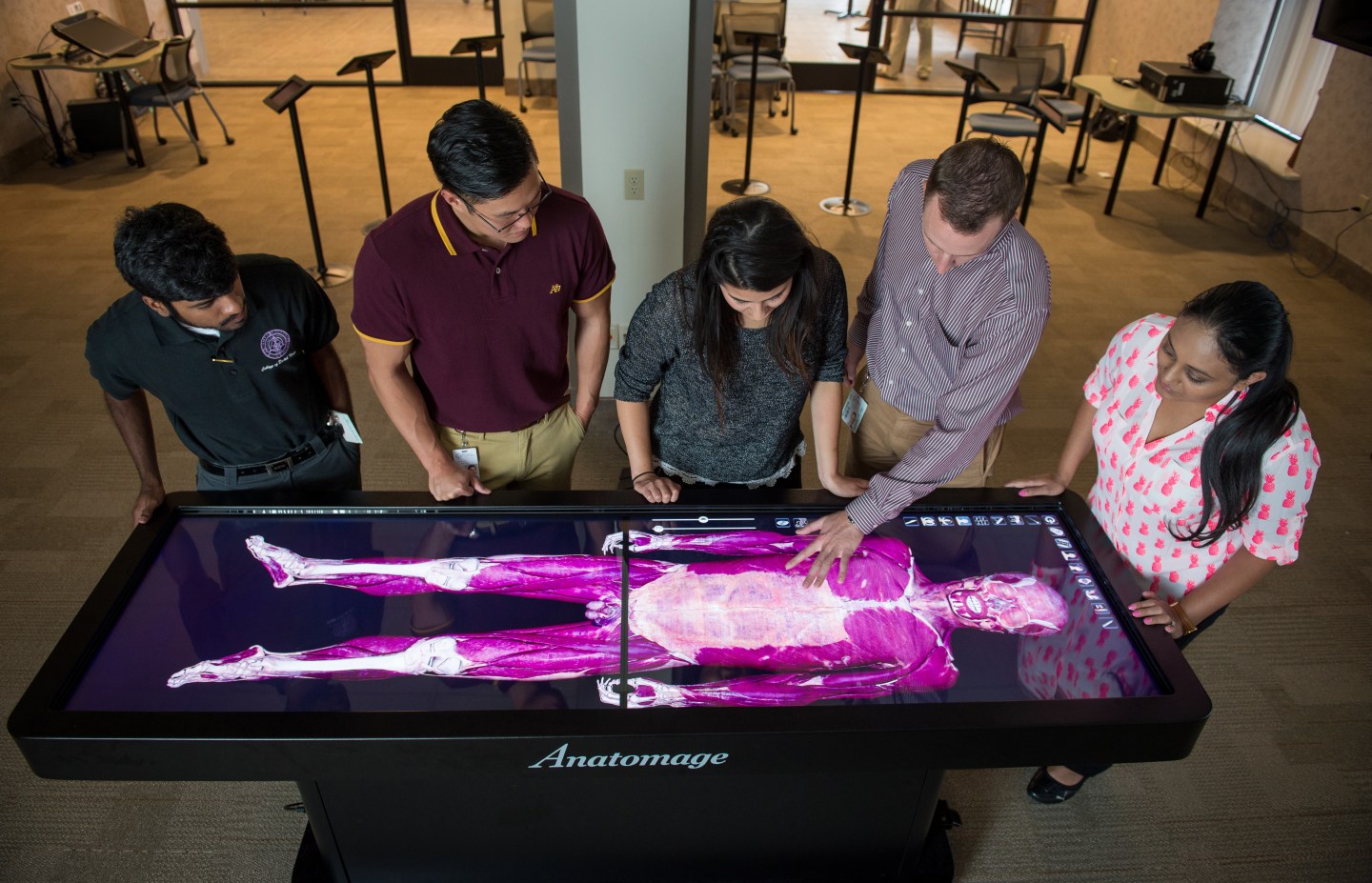 Robert W. Hasel, D.D.S., associate dean of simulation, immersion & digital learning at Western, says VR gives anatomical science teachers the ability to view and interact with anatomy in a way never before experienced. The virtual dissection table allows students to rotate the human body in 360 degrees, take it apart, identify specific structures, study individual systems, look at multiple views at the same time, take a trip inside the body, and look at holograms.

According to Hasel, the core curriculum is built into the RealizeIT Adaptive Learning platform and the students study the material in a self learning, online environment. Students then come into the Learning Center with a session agenda that gives them goals, objectives, and activities for each station. They are constantly assessed on their objectives and help each other learn.

“All of these activities are engaging, pulling the learner in, consuming their attention, allowing them to interact, and allowing them to take responsibility for their own education,” Hasel says. “This is similar to a person playing a video game; they are responsible for what they do in that environment; they take ownership to their education in that environment; and it is fun.”

A video game was actually the inspiration for this virtual reality learning center. Hasel watched his son play World of Warcraft 12 years ago and began thinking of a way to use that type of virtual world in medical education.

Hasel turned to FusionTech3D, a high-tech software company spun out from a project at Stanford University, to provide medical students with a curriculum-driven human anatomy exploration package that allows the professor to guide them through anatomy learning in a structured manner.

Western University also teamed up with VR company zSpace to create the school’s virtual anatomy lab, which lets students practice in an immersive VR holographic-like environment. Students can interact with realistic objects while also being able to communicate with fellow students in the real world without wearing a VR head-mounted display.

“This is the key step that bridges the gap to replace the textbook, allowing the user to practice in a virtual world before hands-on with the real world,” says Gregg Yedwab, head of business development at zSpace. “Many studies have been done over the years on the value of kinesthetic (psychomotor-based) learning or ‘learn by doing’ (e.g.Bloom’s Taxonomy of Learning Domains). The human learning process of manual procedures is best accomplished by physical repetitive steps.”

Hasel sees the competition building in the VR market, as well as the billions of dollars companies like Facebook, Samsung, Sony, Valve, HTC, and Microsoft are investing in it, as a good thing for the future of his school’s VR program, as well as education in general.

“The more these technologies are available, the more they will be accepted, and more software programs will be developed for use in the classroom,” Hasel says. “It will take a while for these technologies and VR to be embraced on a wide scale by the academic community, but it will eventually take hold. In the meantime, the early adaptors will be setting the course and having all the fun.”

The shift from PowerPoint presentations in lecture halls to hands-on VR experiences is a dramatic one, but Hasel says once professors and students make this step there’s simply no going back.