Would Tim Cook give Geniuses Apple shares that are about to fall? 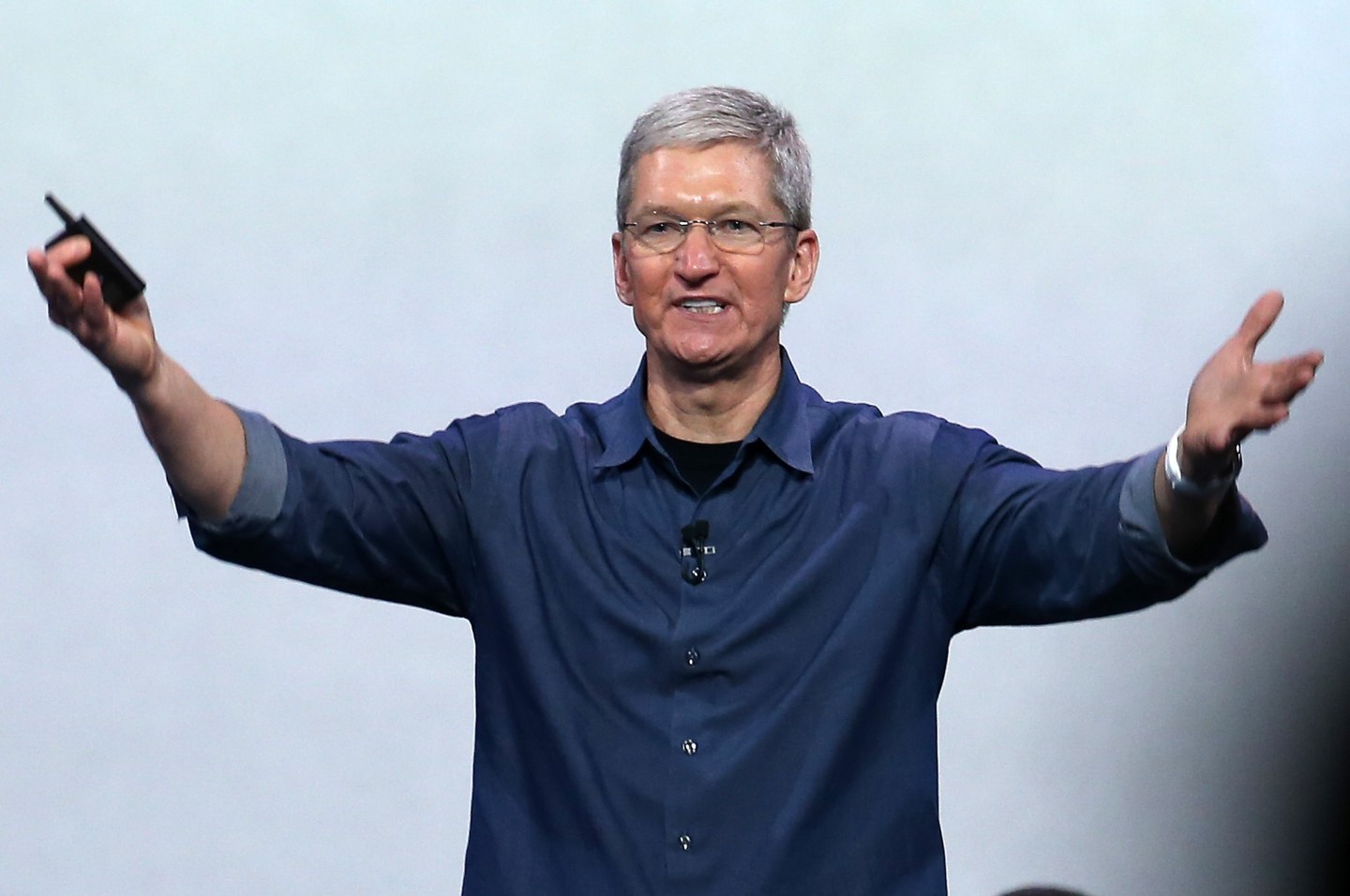 Tim Cook sent a strong signal to Apple’s rank and file when he announced the company’s new stock ownership plan in a memo to the staff Wednesday.

“This new program,” he wrote, “extends eligibility to everyone not covered by other RSU programs, effectively making everyone who works at Apple eligible for an RSU grant. This is an unusual step, and very special—just like our team.”

RSUs—restricted stock units—are like a bonus with a ball and chain. Vesting over time at a pre-set fair market price, they reward particularly valuable employees while giving them an incentive to stick around. To collect the full value of the 1 million RSUs he was granted when he succeeded Steve Jobs as CEO, Tim Cook would have to stay with company until 2021.

In the past, only Apple’s corporate leadership and top product people got RSUs. Now all of the company’s 100,000-plus employees—including retail and telephone support staffers—will be eligible.

Cook also sent a signal to investors Wednesday, whether he meant to or not.

With Apple’s fiscal fourth quarter earnings report scheduled for Oct. 27, shareholders’ antennas are tuned for any coded messages coming out of Cupertino.

“Now, you tell me,” wrote one veteran shareholder on a private Apple investor forum, “does a company take a step like this if they are not categorically hitting it out of the park?”

This being Apple, of course, and the market being what it is, the company could hit a home run in its quarterly report and still see its shares go down.