The latest bank earnings show that Dodd-Frank is working 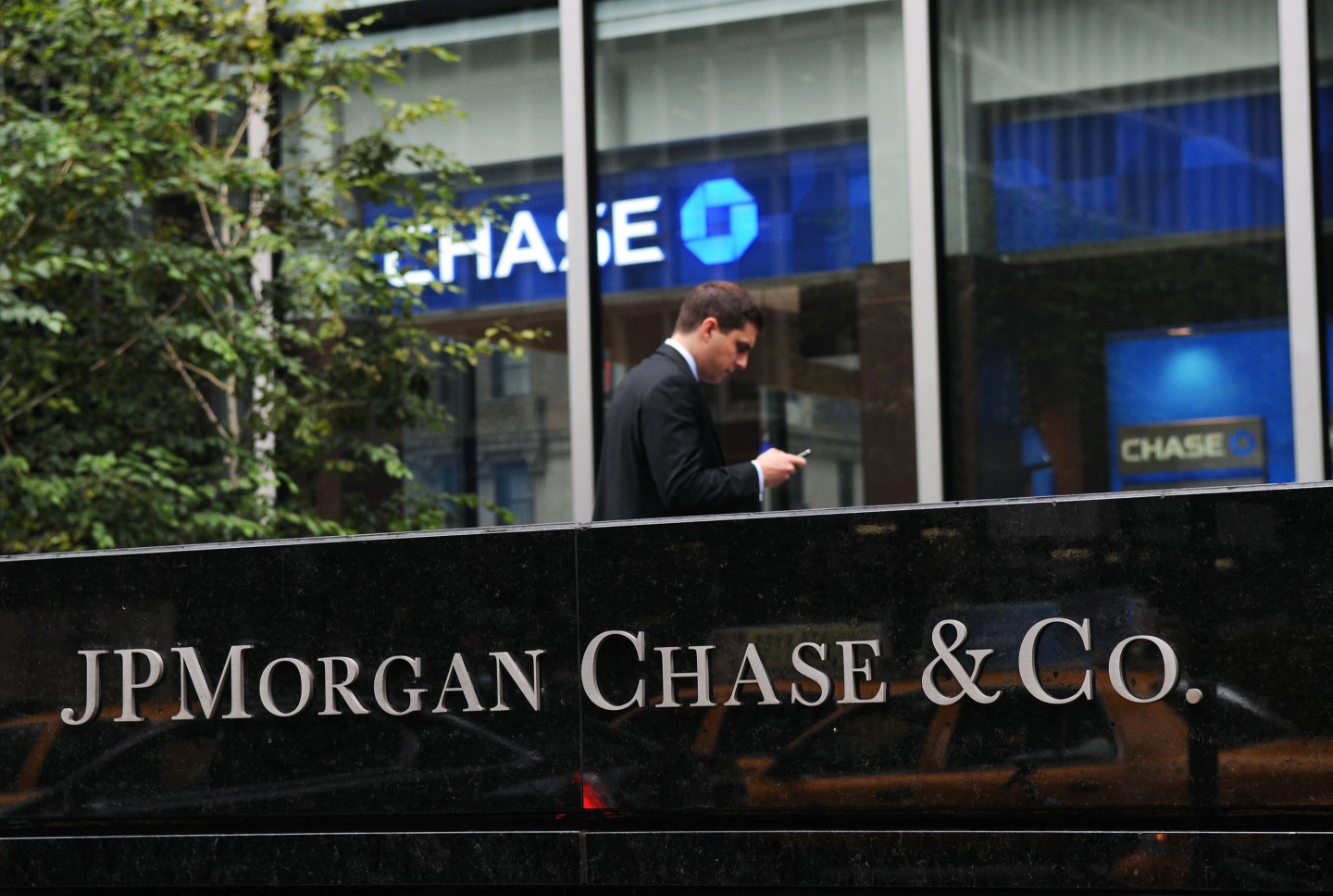 All of this constituted a disappointment, unless you are a regulator or someone who still thinks banks are too big. Indeed, the big banks’ third quarter earnings offer some of the best signs so far that Dodd-Frank, the financial reform law passed in the wake of the financial crisis, is working.

If you watched the Democratic debate on Tuesday night, though, you’d likely come away thinking the opposite. Pretty much every candidate seemed to think that the banks are bigger than ever and that financial reforms have done little to stop that. Bernie Sanders wants to break up the big banks. And Martin O’Malley wants to bring back Glass-Steagall, the depression era law that separated traditional commercial lending from Wall Street investment banking, which was more restrictive than Dodd-Frank.

(Quick fact check for O’Malley: The big banks do not control 65% of U.S. GDP, up from 15% in the late 1990s, as you stated. You’re mixing apples and oranges by comparing assets to income. As a percentage of income, the financial sector makes up about 7% of GDP, which is actually slightly down from the late 1990s.)

Take a look at the third quarter earnings that the big banks have reported so far, and you get a different picture from what Democratic presidential hopefuls painted on Tuesday. Here are three reasons banking regulation seems to be working:

The biggest banks are finally shrinking

The thinking behind some of the rules within Dodd-Frank was that if you imposed strict regulations on the biggest banks and raise their cost of doing business, then the banks would shrink on their own. No need to go in and force them to break up. For a while, it seemed like that line of thinking was flawed. Now it seems to be coming to fruition. JPMorgan (JPM) in its earnings release said that assets, after pretty much going straight up since the financial crisis, have dropped in the past six months by $160 billion, or 6%. Assets at Bank of America (BAC) were flat from the quarter before. But BofA seems to be doubling down on its cost cutting efforts, particularly within its investment bank, so that’s a step in the direction that the too big to fail crowd wants.

Bank executives and other critics of tighter regulations have said that Dodd-Frank would hurt the big banks’ ability to lend. It’s impossible to say how much the banks would be lending now if Dodd-Frank weren’t around. They could be lending more. Yet, while much of JPMorgan’s Wall Street business was lackluster in the third quarter, lending wasn’t. Despite problems elsewhere at the bank, JPMorgan’s lending continues to grow. The bank’s outstanding loans have jumped by about 10% in the past year, from an already big base. Unlike JPMorgan, Wells Fargo’s earnings were better than expected, and its revenue was up. The reason: Wells Fargo (WFC) gets more of its earnings from traditional lending activities compared to other big banks. And lending at Wells Fargo was up. This, of course, is what we want banks to do.

Even as Wall Street is stumbling, the rest of the economy seems to be doing fine

The financial sector appears to have hit a rough patch. Even beyond the banks, there is constant news of hedge funds suffering big losses. Corporate bond defaults are rising. And yet, the rest of the economy, while not doing great, seems to be taking it all in stride. No one thinks the problems in the financial sector could lead us into recession. Of course, you can make the argument that so far nothing really bad has happened in the financial sector, at least not bad enough to cause a feedback loop that would hurt the general economy. But take a look at the St. Louis’ Financial Stability Index. It’s up, but still far lower than it was in the 1990s, back when we had Glass-Steagall.

Of course, you shouldn’t get overly excited about the success of Dodd-Frank. JPMorgan, even after its current shrink, still has $2.4 trillion in assets. That’s still really big, and means it’s likely that JPMorgan, and Bank of America for that matter, among others, are still way too big for the government to simply allow to fail. But why should that be the bar for success? The financial sector is too important to any modern economy for the government just to sit back and let it implode.

So you might not think Dodd-Frank is the perfect fix. Wall Street certainly doesn’t. But the big banks are more lending focused then they used to be. And they have much more capital than they used to to absorb loan losses, which was really a big problem in the financial crisis.

That’s why right now, at a time when Dodd-Frank seems to be having a bit of success, it’s an awfully odd time for people to bash it.